LMU’s William D. Parham, director of the National Basketball Players Association Mental Health and Wellness Program, talks about grief among professional athletes in the aftermath of the death of Kobe Bryant, his daughter and seven other in a helicopter crash in January. 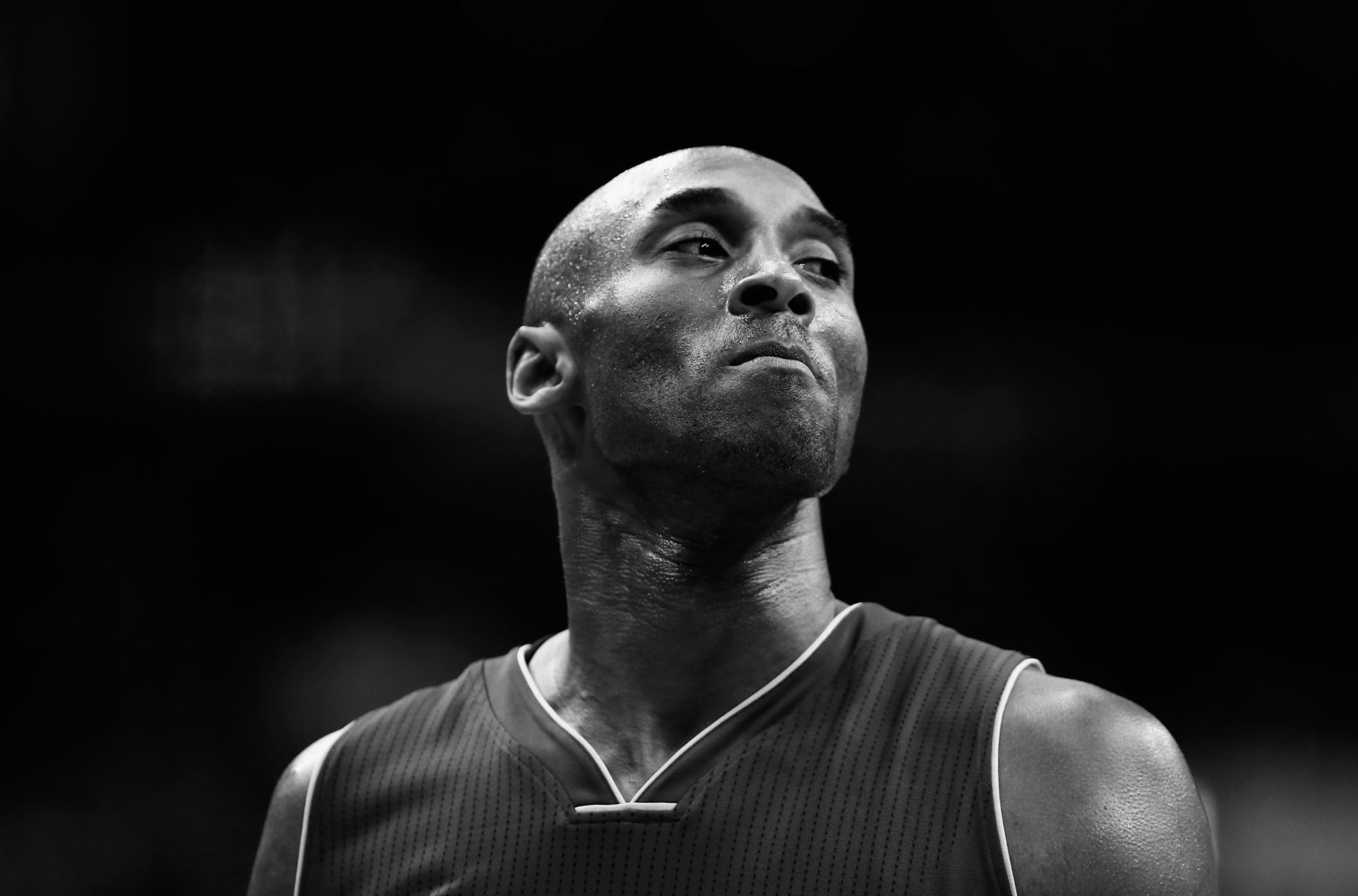 William D. Parham, professor in the LMU School of Education, is director of the National Basketball Players Association Mental Health and Wellness Program. A licensed and board-certified psychologist, he has worked extensively with athletes in the NBA, National Football League, Major League Baseball and intercollegiate sports. After the death of Los Angeles Laker Kobe Bryant, his daughter, and seven members of the Southern California community in a helicopter crash in Calabasas, California, on Jan. 26, we spoke to Parham about grief and responses to it in the world of athletics. Parham was interviewed in person and through email by Editor Joseph Wakelee-Lynch. The interview was edited for clarity and length.

How would you describe the grief that Kobe Bryant’s basketball peers are feeling?
I would describe the grief as intense and ongoing — what surfaced was a spectrum of feelings and emotions, including disbelief, shock, anger, confusion and guilt, and also pride for a life lived fully. The spectrum of feelings comes in waves. But it also gives way to hope, a sense of continuing his legacy, not so much in terms of his basketball genius and artistry but relative to his determination to be best, to do better tomorrow than he did today. There are shared reactions among mourners: that of appreciating and trying to understand what it took to be the kind of leader Kobe was: It took sacrifice, commitment and dedication, all under the umbrella of consistency as a way of life. That has good and bad components to it, but for the most part Kobe was a master at setting his north star goals. Those are the lessons that he leaves us.

Are athletes more likely than others of us to suppress or ignore feelings of grief?
They may be more hesitant to display feelings publicly. That’s not always the case; some have been visible in expressing their concern publicly. But there are varying degrees of intensity that are dependent on the closeness and emotional intimacy that players had with Kobe. I don’t know that there’s anybody who wasn’t awakened by this tragedy. Yet, we, both men and women, are incentivized in our society to not talk about our personal struggles and issues, particularly athletes. There is a notion of stigma. When you add dimensions of celebrity, gender, race, the cultural history of America, where racial relations are pretty poor, then there’s a risk involved particularly with athletes of color when they begin to share publicly. And there’s some truth to that, because they’re all under contract. Athletes may not want to run the risk of putting themselves out there in ways that may have tangible and economic consequences.

The reactions to Kobe Bryant’s death seem to have been unusually deep and widespread. Why do you think that is?
There are those who never met Kobe who nonetheless fashioned their entire game after him. Then there are both the domestic and the global fans, many of whom lived through him. So, whether you lived through him, developed your game off of his, or knew him personally, you were personally impacted by his death. And it’s accentuated by the death of his daughter, Gianna, and all the other persons on the helicopter. There are ripples of tragedy, grief and sorrow that will be felt in the lives of people in all their circles. The whole thing is like a pebble in a pond: When a pebble is dropped in a pond, it affects more than just the point of entry. We will be feeling the ripples not only for Kobe and Gianna but for all the others who died in that horrific crash in Calabasas.

There are ripples of tragedy, grief and sorrow that will be felt in the lives of people in all their circles.

In March 1990, LMU experienced the unexpected death of an elite, nationally known athlete, Hank Gathers, who also had earned widespread respect. What happens to a team when one of its members suddenly passes away?
It’s very disruptive. It’s an off-the-radar experience of such a magnitude and so instantaneous that it’s really quite jarring. This kind of event puts everybody not only into a state of disbelief but a state of feeling out of control. In fact, when I look at the range of feelings that emerged — disbelief, anger, fear, depression — I see a combination of emotions that create an overall experience of feeling out of control. The emotional disruption also leads to a yearning to regain control. Several ways of gaining control are often considered, including engaging in one’s daily routine, going to practice, going to weight-lifting sessions, making sure one’s diet remains on schedule, getting the proper amount of sleep. These routine activities represent ways of getting back in gear.

What was your top priority as you thought about how you would probably play a role in this experience?
My first and foremost priority was checking my personal reactions. I’ve known Kobe for some time. So, I had to understand what was going on in my head and heart. It was a shock, and unsettling to me. I anticipated that I would be called upon, given my 12-year relationship with the Los Angeles Lakers. And because of my role with the NBPA, responding to players in time of need is part of my mission. I felt ready and thankful that I was in a position to render some support in helping people through the storm. I often remind people in crisis to consider that although they may be in the middle of a storm they don’t have to let the storm get inside of them.

That said, I will add that when people experience a tsunami wave of emotions triggered by a current traumatic event, the emotions that come out are not solely related to the current event. Their emotional reactions to past issues also surface. In short, the out-of-control feeling and reaction to the current event is not the first time that people have felt out of control. Past issues and life challenges that are catapulted to the surface represent invitations to go back and take a look at past trauma not yet reconciled.

Everybody has baggage that they carry. If that’s true, there are only two relevant questions: How many pieces of luggage do you have and what’s packed inside each bag? As I said, people are incentivized to keep their personal issues and struggles buried and unaddressed. However, incidents of the magnitude of the recent death of Kobe Bryant shatter all our personal safeguards, and they break the locks right off the personal luggage we had hoped to keep locked up.

Do you think the fact that Bryant was building a post-basketball career of helping others itself is making this experience of grief different for people than may have been the case otherwise?
It’s hard to say, and nobody will ever know the answer to that question. But I do know, and those in his inner circle were well aware, that Kobe was planning a lot of things before retiring that he was subsequently engaged in. He didn’t just start thinking about it when he finished playing three years ago. The mentality, drive and commitment to sacrifice that he brought to professional sports he had already begun to translate to his life after basketball. When the fans stopped cheering, he was ready for his transition. He accomplished much outside of sports, including winning an Academy award for a film, “Dear Basketball.” One of the things that was most public was his time with his daughters and his family. That portrayal as a husband and a father, and a father who was very active in the lives of his daughters, brought a very human side to Kobe that I’m not sure everybody appreciated before.

Can you sum up how people you encounter in the world of athletics are dealing with this now?
The true answer to that is it depends on who you ask. Several factors influence one’s process of grieving. The intensity of the attachment to a person’s death is one factor. The difficulty of this experience is that something or someone has been snatched away instantly and permanently. It’s not like we had advance notice that Kobe Bryant was sick. It was not something that we could anticipate to get ready to manage. He was in the prime of health: a 41-year-old man, father of four, married for close to 20 years. He had just launched many portfolios in his post-career life and was doing well in them all. People who knew all of that are in shock. But, also, a lot of kids grew up idolizing Kobe, and now their questions are “Who am I going to turn to? Who can I model my game after?” Kobe’s untimely death has led many to ask: “Have I pushed myself as hard as I can? Am I as curious as Kobe about how to better myself?” Tragedy ultimately gives way to deeper truths about human potential and opportunities to reset the course of one’s life. There is treasure in every trial, if one chooses to see what might be hiding in plain sight.