A Conversation With Mayor Eric Garcetti

Mayor Eric Garcetti says that for Los Angeles homelessness is the “the moral and humanitarian crisis of our time.” Here he talks about homelessness and L.A.’s role as a national leader on urban public policy issues. 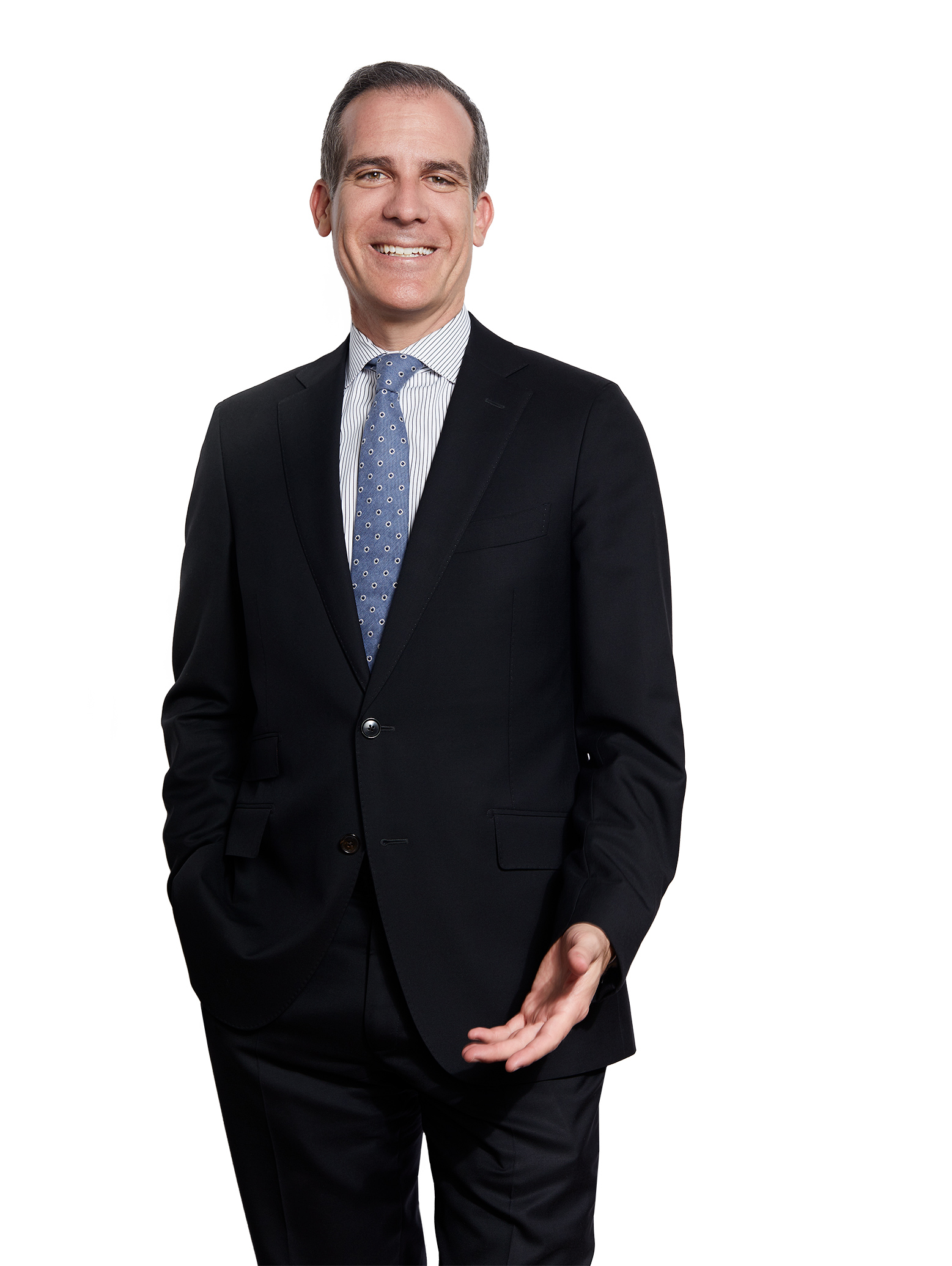 Eric Garcetti is a fourth-generation Angeleno and the 42nd mayor of Los Angeles. Born and raised in the San Fernando Valley, the mayor is the son of public servants and the grandson and great-grandson of immigrants from Mexico and Eastern Europe. He spent four terms on the Los Angeles City Council before being elected mayor in 2013. In 2017, he was reelected by the widest margin in the city’s history. We interviewed Mayor Garcetti about L.A. issues.

How is Los Angeles an example for the rest of the nation in bringing about transformational change on social issues such as homelessness and immigration? How are we leading the way?
Los Angeles shows the world that it’s not enough for communities to be tolerant or inclusive. They have to be places where everybody belongs and has the chance to reach their dreams. And in this city, we don’t just say those words — we lead with bold action. In 2014, we became the first big city in America to raise our minimum wage to $15 an hour. We support our community of undocumented immigrants by protecting their rights and helping keep families together. And we’re investing on an unprecedented scale, not just to manage or mitigate the crisis of homelessness on our streets but to end it for good.

What are our greatest resources as we face such issues?
The greatest resources we have in this city are one another. Los Angeles is facing some of the toughest challenges in our history, and I know that we can overcome them. But none of us can do it alone. We have to rely on each other — our friends, our family, our neighbors — to listen, lend a hand and work together toward a prosperous future for our city.

L.A. is perhaps the best example of rapid, sweeping demographic change in the country. How have we adapted to that? What has contributed to that adaptation?
Los Angeles’ diversity has always been our greatest strength. Our city represents one of the broadest collections of different traditions, cultures and ethnicities in human history. We celebrate one another, and the things that make us unique, because when we do that there’s no limit to the creativity and innovative thinking we can use to build our future together.

What issue does Los Angeles need to focus on most right now? What are the consequences of ignoring that?
Homelessness is the moral and humanitarian crisis of our time, and I am committed not just to managing or reducing it but ending it for good. That’s why we are investing on an unprecedented scale to build thousands of units of permanent supportive housing as quickly as possible. And while we do that, we’re standing up shelters in every corner of the city to make sure our homeless neighbors have access to beds and services right now.

Homelessness is a bigger problem here than almost every major U.S. urban area. What gives you hope in how we’re addressing this issue as a city?
I am more hopeful than ever that we can, and will, overcome this challenge, because everywhere I look in this city I see people with open hearts who are willing to step up and help. I see volunteers walking in the cold and the rain so that they can help with our annual homeless count. I see community members raising their hands to say, “Yes, I want bridge housing in my neighborhood.” The only way that we can solve this crisis is together, and I’ve never seen more determination from the people of Los Angeles to get it done.

What is your response to President Donald Trump’s threat to send immigrants to sanctuary cities?
The president’s proposal is just another hateful idea and a needless distraction designed to cause fear and confusion. Immigrants and asylum-seekers need real solutions that reflect America’s values — not disgraceful policies that demonize families and make light of people who are desperate to escape violence and oppression.