Two years ago, Lane Bove was reading a book about the history of authoritarianism and was hit with a queasy feeling: It all felt a bit too familiar.

A year later, she saw an interview with a member of the Russian punk band Pussy Riot who had been jailed for political dissent against the Putin regime. “She said,” Bove recalls, “‘What’s so fascinating about these kinds of freedoms is that you don’t see them disappearing. You just wake up one day, and they’re gone.’ I found that to be profound.”

Bove, senior vice president for student affairs, has been thinking about free speech a lot lately and sees the nation in a state of “real peril.” She has, in fact, been assertive and eloquent enough on the subject that she won the College Media Association’s Louis E. Ingelhart First Amendment Award this past October: It’s an honor that typically goes to journalists or publication advisors, and is given out only in years in which an awardee seems exceptional. Bove oversees The Los Angeles Loyolan, the university’s student-run newspaper, which sponsors LMU’s annual First Amendment Week, a signature event that pays tribute the foundational constitutional provision.

Part of what disturbs Bove is that the attacks on free speech don’t come from a single cultural or political source: Discourse and civility are now, inexplicably, denigrated across the board. President Donald Trump attacks news reporting or athletes who speak out against racism, while college students in favor of social justice shout down conservative speakers.

Despite those threats, Bove says, there is no mass movement in favor of free expression, which she finds troubling. “People aren’t protesting in the streets about Trump attacking CNN or the New York Times,” she says. 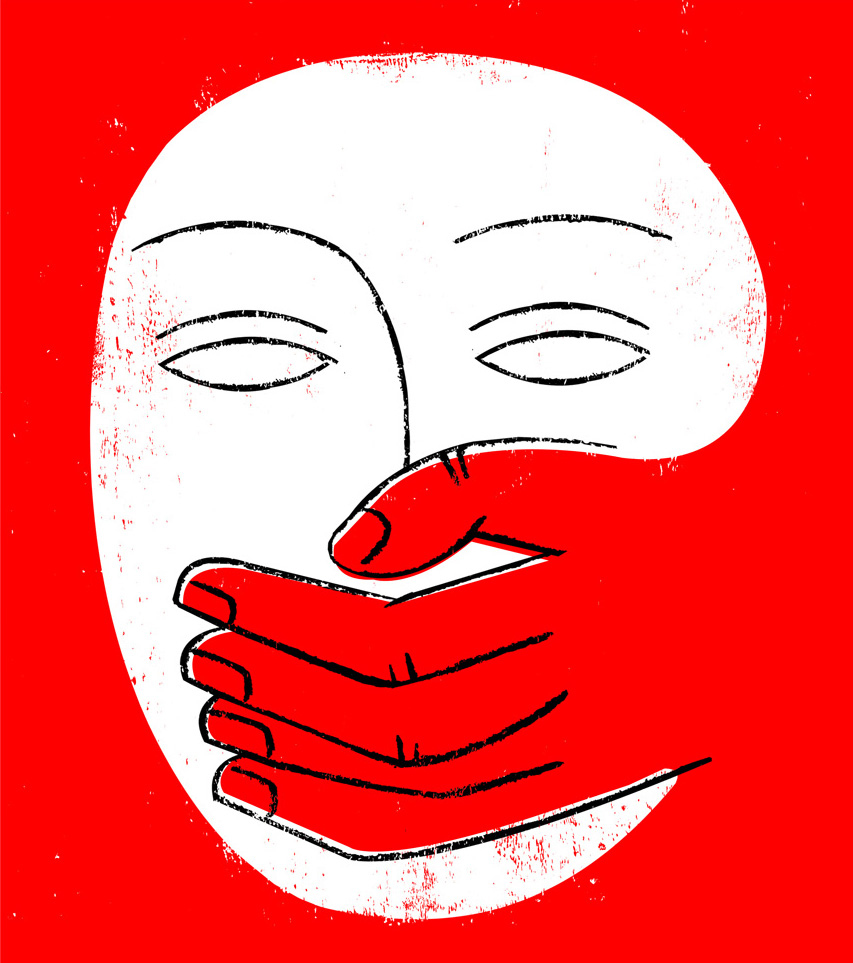 So, what happened? How did the subject of the very first constitutional amendment fall into such disregard?

Americans typically see freedom of speech as a noble and important part of our tradition, says Aaron Caplan, professor of law at Loyola Law School in Los Angeles. But that doesn’t mean that we’ve always honored or even tolerated it. “During World War I, speaking out against the draft was enough to get you put in jail,” he says. The Red Scare of the 1950s also was not a time known for fondness of dissent.

“But some of the threats to free speech are being brought in the name of inclusion and diversity,” Caplan says. “That’s new.” The shouting down of campus speakers, he says, is not as dangerous as attacks by the Trump administration. But they’re still discouraging.

Evan Gerstmann, a professor of political science in the Bellarmine College of Liberal Arts, sees a larger pattern — what he calls “attacks on any kind of truth or authority” from both Left and Right. Universities, the news media, the scientific method, even the non-partisan Congressional Budget Office are all under fire.

The biggest danger, Gerstmann says, is from what he calls “fascistic tendencies” coming from the White House — “the use of force or threat of force to silence political opponents.” He concurs with Caplan that despite some troubling developments and much media attention, there is no “massive wave of left-wing student intolerance.”

Bove sees three main sources of the crisis all happening simultaneously, in the same way the nation shifted in the late ’60s. “Big cultural change,” she says, “makes a lot of people nervous, especially white people.” The “attention economy” of the Internet and social media polarizes us and distracts us from functioning as citizens. Plus, the lack of exposure young people have to the Constitution or First Amendment means they don’t value free expression, and become more attracted to “emotional satisfaction” than challenging their own perspectives.

Is there any way to turn the tide, and revive support for this bedrock American idea?

It’s hardly an easy nut to crack. Caplan points out that LMU, all the way up to President Timothy Law Snyder, Ph.D., has committed itself entirely to freedom of expression. “This is in keeping with the Jesuit tradition of free inquiry,” he says. But Caplan emphasizes the other side of the equation. “We also have a culture where people aren’t listening to each other: When the president calls it ‘fake news,’ he basically says he’s not listening.” Speech only matters if someone hears it.

It’s important that people on the Left return to seeing the First Amendment as an ally, Gerstmann says. “If you look at all the challenges to the existing power structure, they made tremendous gains without firing a shot,” he says. “The First Amendment was a real friend to gays and lesbians,” and helped drive the civil rights and women’s movements.

Bove is especially proud of the university’s longstanding tradition of the First Amendment Week during which a major figure — Republican Party advisor Karl Rove, the rapper Common, The Onion editor Dan Mirk — comes to campus for a lecture on free expression. She’s proud of the way the campus community has received it. The university also has a workshop required of all incoming students called Courageous Conversation, about maintaining respect and civility even when people disagree.

“Free speech is all about being able to tolerate speech you don’t like,” Bove says. “The university is a marketplace of ideas — if we can’t talk about anything and everything at Loyola Marymount University, then we are failing.”