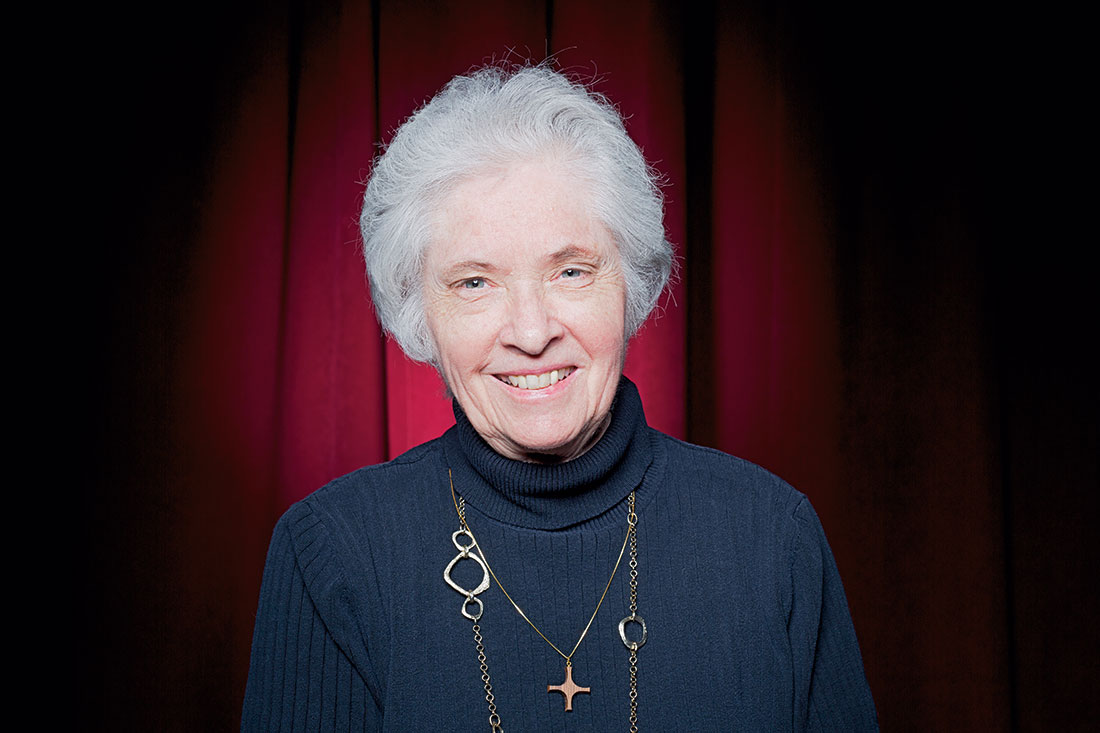 When were you first drawn to theater?
When I was in college. I was an English major. I studied at St. Joseph College, the teaching college of the Sisters of St. Joseph of Orange.

Did your superiors question whether your interest in theater could be part of the sisters’ communal mission?
When I began my master’s degree, I was already teaching English and theater at Pius X High School, now St. Pius X/St. Matthias Academy, in Downey, Calif. When I finished the degree, I would be teaching in high school and covering a field that had no one else to cover. It had a logic.

How do you see your work as consistent with the work of the Sisters of St. Joseph of Orange?
The spirit of my community is to work behind the scenes. When we see a need, we tend to start or build something that will last after us. When I became a sister, I chose the name Jean Carole. Carole is my sister’s name, and I wanted to honor her. I chose Jean for John the Baptist, the one recognized as fulfilling the prophesied role as the “voice that cries out in the desert … to prepare the way of the Lord.” As an artist, I hope to prepare the way for people to be more open to their humanity and less afraid of the darkness and fear in the world. I find that absolutely in the spirit of my community.

Is it possible to apply a moral filter to the teaching of theater?
Absolutely, but it’s not a filter of censorship. The question isn’t whether it’s OK to talk about some things or not. In theater, you have to deal with conflict and dark places. When we explore evil or sin in literature, art or dramatic work, we take a journey into that darkness and find how we might deal with it in our own lives. This is what’s behind Aristotle’s theory of tragic drama — catharsis. Every great tragic or epic hero’s story, from Oedipus or Odysseus to the great mystics like Teresa of Ávila and John of the Cross — and even little Frodo and Bilbo — includes a “descent into hell” or “dark night of the soul” before emerging into new insight, what we might call redemption. I tell my students I am not offended or afraid of anything that is human. I am offended and afraid of the inhumanity of man to man.

What is it that you most appreciate about theater?
Theater is a communal art. You have to work with people. We create together. That becomes energizing for me. It is the element of community and working with others that I love and cannot live without.