A Conversation With Kyla Danforth ’19

A runner talks about pain, competitiveness and how being a multisport athlete when growing up has helped her in cross country and track. 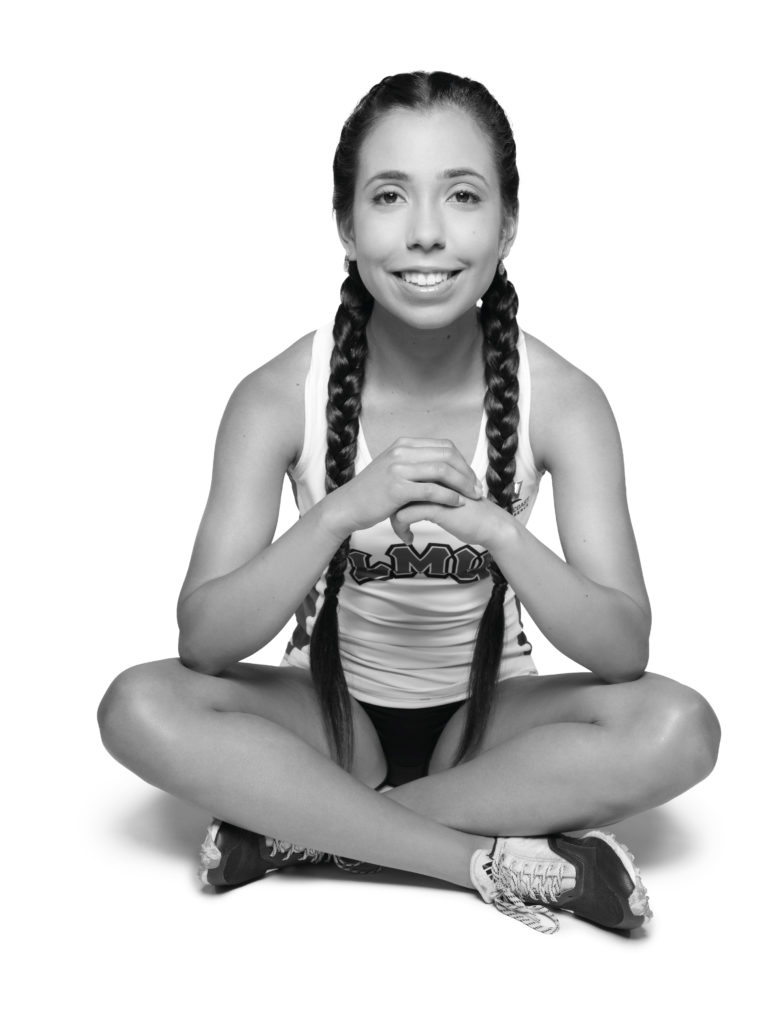 Kyla Danforth ’19 is a distance runner who competes in both cross country and track. A three-sport athlete in high school — track, cross country and soccer — she transferred to LMU at the start of her sophomore year and runs races from 1500 to the 10K. Danforth is an urban studies major in the LMU Bellarmine College of Liberal Arts with minors in sociology and Asia and Pacific studies. She was interviewed by Editor Joseph Wakelee-Lynch.

You run cross country in the fall and track in the spring. How many miles a week do you run?
Right now, I do about 55. I should be getting up to 60 or more.

What does competition mean to a distance runner? If you’re 60 yards from the finish line with three others on your shoulder, are you focused on beating your best time or the three runners near you?
At that point, I’m thinking, “I need to beat these people right now.” That’s more so in cross country. It’s a team sport, so every person’s finish counts. The more people you pick up, or pass, the better your team score is going to be. There’s a lot of motivation to keep picking up the next person in cross country.

Did you have pain when you first started running, and, if so, what motivated you to get past it?
I was originally a soccer player. I started running track in my freshman year in high school to stay in shape during the off-season. So, I had a little bit of fitness and had been competing and exercising a lot. I didn’t experiencea lot of pain in the beginning, but I did when training became intense. I found myself not motivated at first, but I began seeing my progression and the results, and that was the most satisfying piece. That made me not care about the pain anymore.

Why?
We were in Oregon, and rain had delayed the race. There were four girls running in our heat, but there were 10–15 guys trying to make regionals. So, they combined our heats. I fell off the pace and was by myself for a long time. With eight minutes to go, the lights went out. I thought I have to just grind it out. I’ll never forget that last mile in pure darkness by myself. That was definitely the most challenging race I was ever in, mentally and physically.

In high school, you played soccer and ran distance. Did playing soccer help you as a runner?
Oh, yeah. I had a lot of strength because of soccer and had developed different muscles. My hamstrings and quads were a lot stronger than other runners, especially distance runners.

Is it easier in cross country or track to analyze a race as you’re running it?
It’s easier in cross country, because I can see the field and how many girls are in front of me. It’s a matter of seeing the race. That’s why coaches tell you to run with your head up: you can see what’s going on, who’s ahead. You can get stuck just looking down and trailing someone.

Is there really such a thing as the runner’s high?
I think so. There are some races where it feels almost like an out-of-body experience, as if you weren’t completely there. You feel incredible, almost unstoppable. It’s almost like you’re gliding or flowing. Those are my favorite runs. I think that’s what we chase a lot, and it’s a big part of why we run.

What will you miss the most on the day you have to hang up the shoes?
I can’t imagine not running. It brings a lot of joy, and not just because of the physical part of feeling fit or getting better. I also love the running community. Running is so difficult that everyone cheers for everyone. Once you’re in it and realize how difficult running is, you’re happy for anyone when they have that breakthrough moment or come back from an injury. I’m definitely going to miss running with my team and having practices. I’m going to miss the coaches, too. Even though it is painful, misery loves company. The people you suffer with are also the people you thrive with.