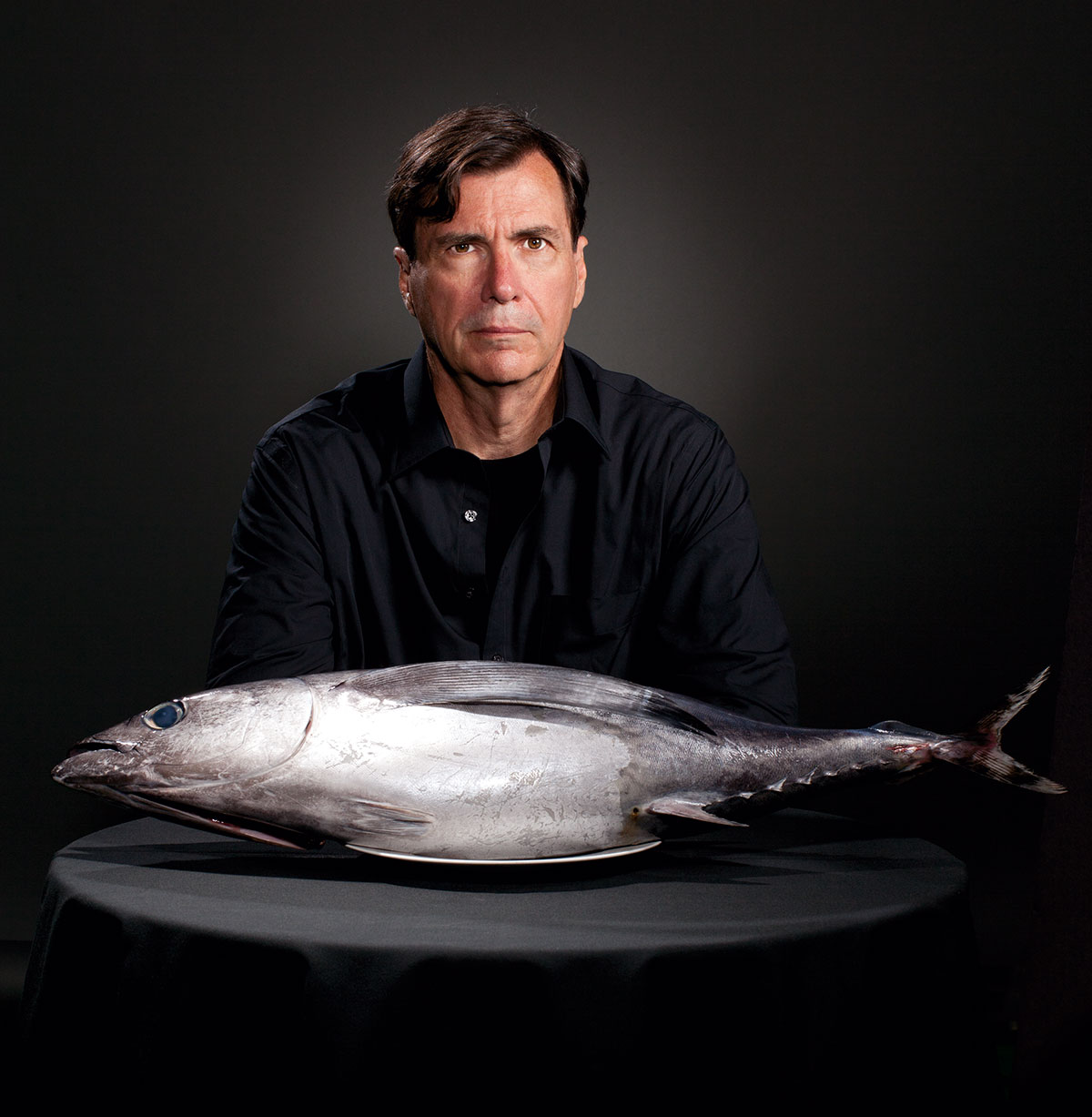 What first drew you to studying the tuna industry?
There were both personal and academic reasons. When I grew up in the 1950s, eating fish on Fridays was a religious requirement. Tuna ended up as lunch and dinner in my house. In addition, my grandfather frequently fished off the coast of Southern California, catching albacore. When I started looking at the tuna industry as an academic, I wanted to answer two questions: Why didn’t Americans eat tuna prior to the early 20th century, and how did it become America’s No. 1 seafood in a relatively short period of time?

How did tuna become a staple in almost everyone’s pantry by 1950?
It’s the result of a combination of events. In the late 1890s, sport fishermen on Santa Catalina Island made catches of huge albacore and other fish weighing hundreds of pounds. They had their picture taken with tuna, and the photos made newspaper front pages. Then canning companies started up. The first West Coast tuna cannery was the California Fish Co., on Terminal Island, known then as East San Pedro, where the Japanese community had settled. The Japanese knew how to catch albacore and catch it in a way that it could be canned. With World War I, a huge demand for canned tuna arose in Europe. There also was a good public relations job. The tuna canning industry promoted tuna as “chicken of the sea.” So tuna went from no one eating it to everyone eating it.

Why wasn’t tuna popular before then?
People weren’t familiar with tuna, and if they were they usually thought of it as trash fish. Most tuna has a lot of dark meat, and that made it unappetizing. Also, tuna wasn’t easy to catch. The bluefin tuna is huge, perhaps 1,000 pounds and larger. They went right through fishing nets.

How important is the tuna industry to the L.A. County economy today?
It’s gone. The last major tuna cannery on the U.S. mainland — a Chicken of the Sea plant on Terminal Island — was closed in 2001. Fifty years ago, the United States was the top producer of canned tuna. The change is due in part to the depletion of tuna from the coastal areas of the United States and lower-cost wage earners working elsewhere.

Going back to the pre-World War II era, the explosive growth in tuna fishing and canning was partly due to Terminal Island’s Japanese American community. What happened to them?
All Japanese and all Japanese American citizens were evacuated in February 1942 by executive order of President Franklin Roosevelt and placed in “protective custody,” which was simply a nice term for concentration camps. Those who were in the tuna fishing industry lost their boats and were unable to return to their homes after the war. Terminal Island was home to about 4,000 Japanese Americans, and their village was completely obliterated. Their houses were bulldozed by the Navy to build a naval base and fight a war, but that community never recovered. As for the Japanese community inside Los Angeles, many tried to come back. Some of their stores were saved by non-Japanese, who did the best they could while the Japanese owners were incarcerated.

Why did American views of Japan and Japanese Americans, and their cuisine, change in the post-war era?
After losing World War II, Japan recovered and became an economic power. Japanese prestige then increased in the United States. Americans saw a huge, “new” Japan, and they wanted to know everything about it. The sushi craze was part of this.

Why did sushi first become popular in New York and not Los Angeles?
Sushi was certainly made in Los Angeles earlier than in New York. But the popularization begins in the early ’60s when sushi chefs came to New York and opened up sushi bars and schools. Then The New York Times discovers sushi, and magazines and other newspapers write about it. In one sense, the difference was the promotional value of doing something in New York as opposed to Los Angeles. But if you had told me in the 1950s that Americans someday would like eating raw fish, I would’ve called you crazy.

At the same time, however, we also saw the emergence starting in the ’60s of large numbers of people who like to explore every cuisine in the world. So if Igbo cuisine from Nigeria comes to New York, people will be writing about it tomorrow even though there may be no Igbos at all living in New York.

Is the sushi found in L.A. restaurants different from sushi served in restaurants in Tokyo?
Sushi is much more creative here than in Japan, with more diverse ingredients such as avocado, for example, which wouldn’t typically be used in Japan. The California roll was created in Los Angeles, mostly likely by Ken Seusa, master sushi chef at Kin Jo on La Cienega Boulevard. When it arrived in Japan, traditional sushi chefs refused to make it because it was an American import.

What does your perspective as culinary historian teach you about immigrant cuisines?
America not only takes in traditions, it also changes them. When immigrants enter a country, they need employment and one area they can find it is working in restaurants. Immigrant groups often don’t have a lot of money, so they have to appeal to the mainstream. We see that with Mexican food. Mexican Americans realized Americans didn’t like the large number of tastes and flavors that were traditionally part of Mexican cuisine. If you eat in a Mexican restaurant, you don’t know what it’s like to be a Mexican, but that’s a way to begin learning about a culture that can be supplemented with travel and reading.

Is the opportunity to learn about other cultures what drives you as a culinary historian?
That’s how I got started. My interest in food history began as a hobby. I became fascinated by where food comes from, how it arrives here and how people change their eating habits. I started researching those questions because of my own curiosity. Now I’ve been teaching it for 17 years. This is a way of talking about culture, international relations, globalization and religion. That’s what makes the field exciting to me.

A century ago, tuna were plentiful just a few hundred yards off the Southern California coast. Today, few tuna are caught in U.S. coastal waters, and virtually all tuna eaten by Americans is caught thousands of miles from U.S. shores.

The demand for sushi has greatly affected tuna populations throughout the world. Some species, such as bluefin, are highly stressed. The current bluefin population is less than 20 percent of its 1970 population. International organizations have established annual bluefin quotas, but evidence indicates that quotas have been exceeded regularly by fishermen. This comes as no surprise. Tuna aficionados are willing to pay almost any price for bluefin. In January 2012 a single bluefin sold for $736,500.

In May 2011, the National Oceanic and Atmospheric Administration reported that Atlantic bluefin were not in imminent danger of extinction, but others disagree. The World Wildlife Fund predicts that unless a major bluefin spawning area in the Mediterranean sea is closed, bluefin that spawn there will soon be “functionally extinct.” Overfishing of large bluefin has led to a rise in catching small juvenile fish before they spawn; there will be far fewer bluefin for future generations. To learn more about sustainable seafood supplies, visit the Monterey Bay Aquarium Seafood Watch website.

On Terminal Island itself, efforts are under way to preserve the remaining cannery buildings and other historic structures that still stand. To learn more, contact the Los Angeles Conservancy.