When Brian Avery ’63 recites Chaucer’s Prologue from “The Canterbury Tales,” it’s like hearing a call from the clouds. With his big, ringing stage voice, he nearly booms, delivering the strange words in huge stentorian tones: “Whan that Aprill with his shoures soote, The droghte of March hath perced to the roote …”

Avery, who was an English major, studied Chaucer’s Middle English poem in 1960 with “the great, the immortal Frank Sullivan,” he said. An inductee in the LMU Faculty Hall of Fame, Sullivan, with a Ph.D. from Yale, taught English from 1946–75. He held his Chaucer recitations in the classroom.

“Obviously, the Prologue is like a foreign language, so we were all mispronouncing it and stumbling over it,” Avery said. “There was lots of laughter in the class.”

Avery’s experience became a step in his life in performing arts. He went on to act in films and television shows, and on Broadway. He also developed a love of poetry and has memorized more than 25 poems, some longer than 50 lines. And he believes students today should memorize and recite Chaucer. 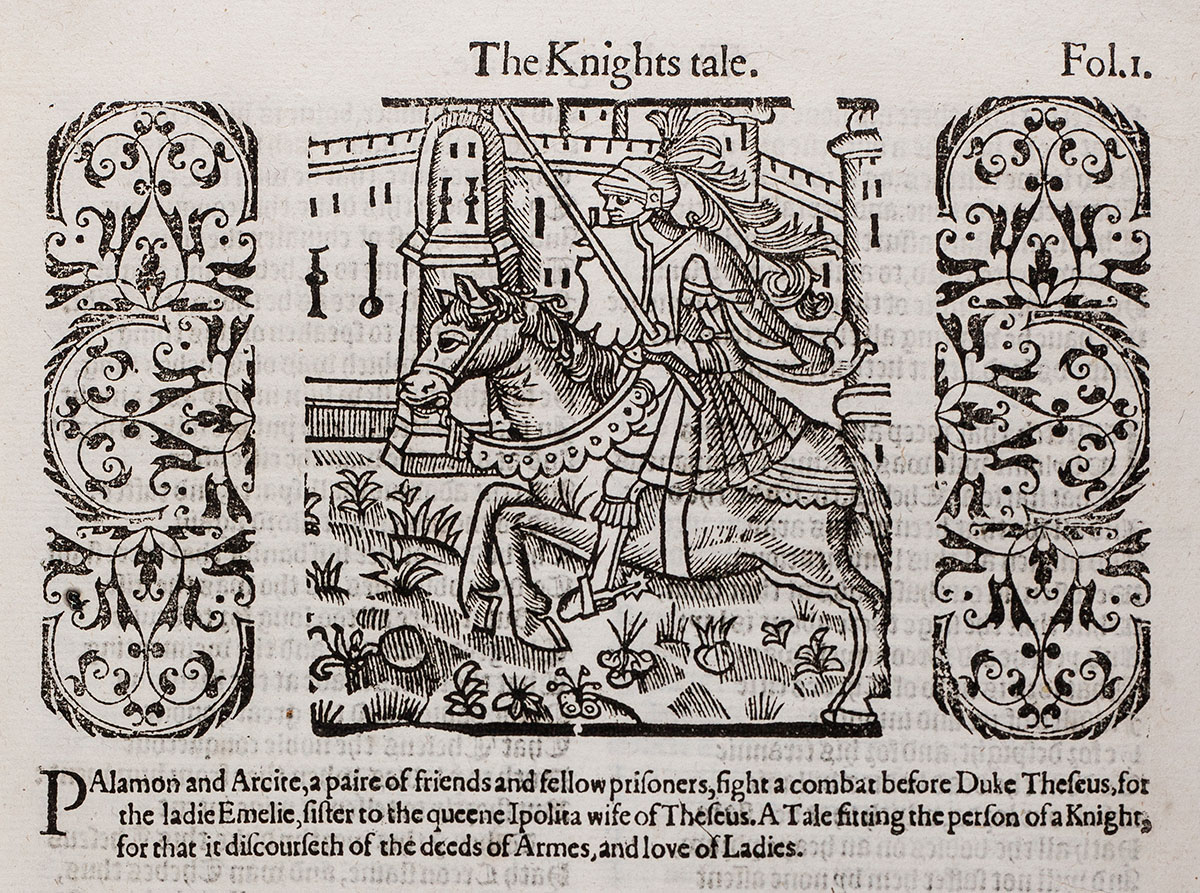 “We are not just of today, we are also of yesterday. Reciting from ‘The Canterbury Tales’ is a very integral part of yesterday, and it helps give people a sense of tradition and continuity that we do not have today.”

Sullivan’s custom, indeed, continues. Mel Bertolozzi, professor emeritus of English who taught British literature, said he inherited the tradition from Sullivan and Frank Carothers Jr., another English department Hall-of-Famer. Bertolozzi estimates he heard student recitations for 20 years before retiring in 2007. It was fun, he said, but also important. Chaucer “chose to write ‘The Canterbury Tales’ in the London dialect of English of his time, and that pretty much established it as the national dialect for the island. He got poetry in English going.”

Kristen Trudo ’14, an English and psychology double major, faced her recitation this spring while studying with Barbara Rico, professor of English. Rico recited the text herself as a Yale undergraduate; in fact, her first visit to a professor’s office was to test her Middle English locution. Rico’s students recite not in class but in her office, one on one. That prospect seemed stressful to Trudo, but she practiced with a friend during a visit to Disneyland. “We spent the entire day reciting it out loud, freaking people out,” she recalled. “By the end of the day, I had the first 15 lines down.”

Trudo is interested in a writing career and has taken courses in fiction, nonfiction and poetry, which included summer study last year at Oxford University.

“I may never use the recitation in a job interview,” Trudo said. “But the recitation is about connecting to our history, our past, and writers who have come before us and moved the world with their words.”