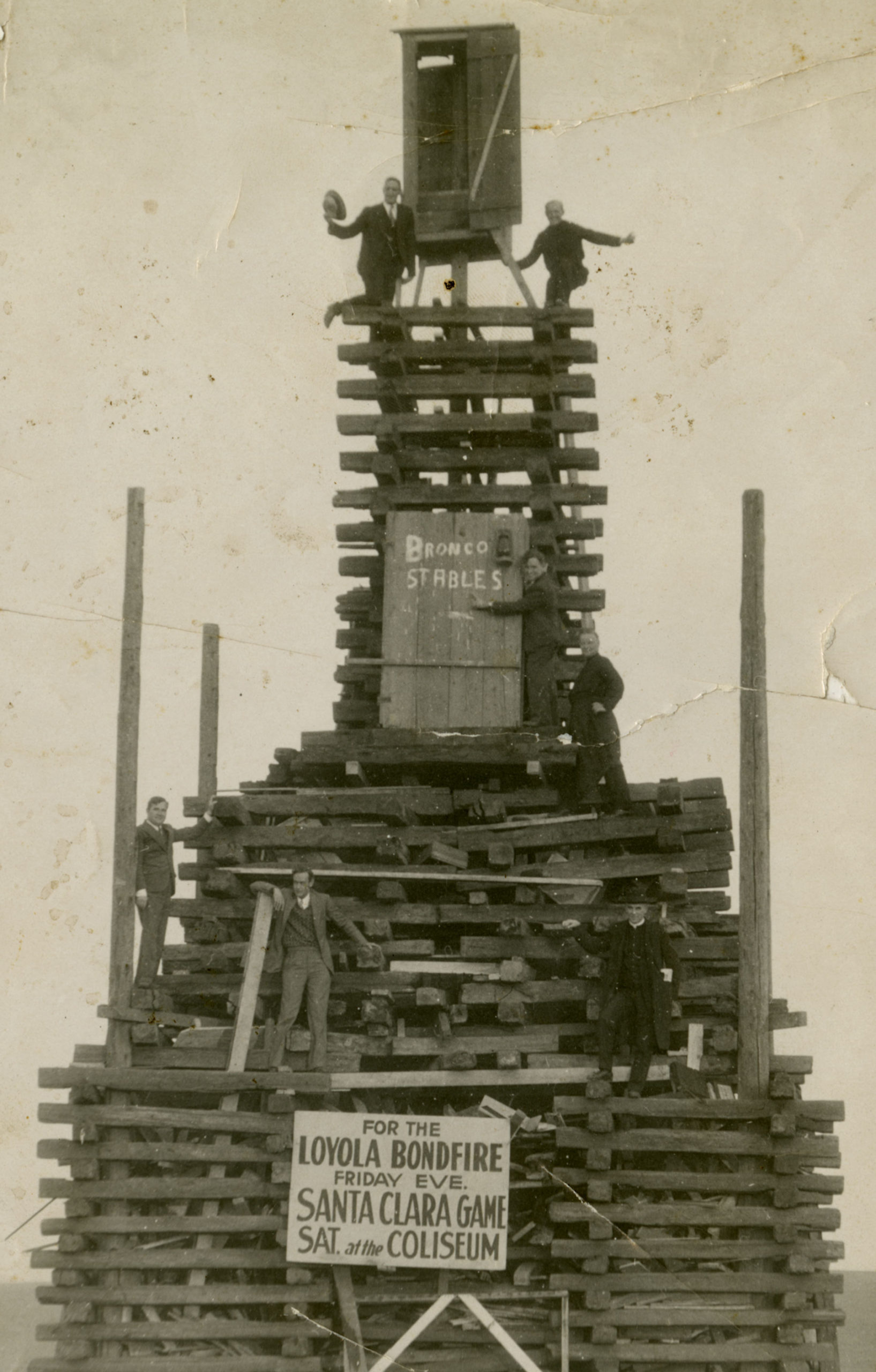 Like Los Angeles itself, the history of Loyola Marymount University blends the inevitable with the improbable. In terms of the sweep of higher education in these United States, it seems in retrospect almost expected that a Jesuit-sponsored university should arise in the capital city of Southern California, soon to emerge as a leading American city. Here was a region possessing Roman Catholic foundations in the Spanish and Mexican eras.

Likewise did it seem inevitable that the Society of Jesus, which in the first decade of American California had already founded two colleges in the San Francisco Bay Area, would establish itself in the Southland.

Even with this new beginning, certain inevitabilities worked themselves through. Then the improbable happened: a devastating Great Depression followed by World War II. The Depression brought the newly established university to the edge of financial collapse. World War II emptied its classrooms, and for a second time, set Loyola on the brink of destruction.

Yet Loyola University of Los Angeles made it through these two challenges to its very existence. Was this inevitable or improbable? Perhaps a little of each. When the GI Bill sent a generation of veterans back to college, it was inevitable that Loyola of Los Angeles would recover from its near-death experience.

But once again, the improbable intervened. Another Roman Catholic college, Marymount, run by an order of dedicated educators, decided to interrupt what seemed to be its inevitable development as a women’s institution and improbably joined forces with Loyola and the Society of Jesus to create a new institution, Loyola Marymount, that brought coeducation to Catholic higher education in Southern California.

Everything seemed to be changing: everything that just a few years earlier had seemed inevitable. Improbably, an elderly and charismatic Pope John XXIII called for aggiornamento, an updating, which many understood to mean new beginnings. Meanwhile, the United States, then in the full tide of the American Century, embarked upon an unlikely and tragic war in Vietnam that among other results likewise reconditioned American culture, especially in the crucial matter of generational authority. Youth ceased to be a time of preparation and waiting and became instead a time of activism and seizing of the day.

A campus predominantly white and male became diverse and coeducational. A Southern California–centric university became national and international in reach. Jesuit-owned and -administered for a half century, the university now reported to an autonomous board, with the Society of Jesus and the Religious of the Sacred Heart of Mary continuing to contribute in new partnerships in an expanded school. Once isolated in the hills of Del Rey, Loyola Marymount stood surrounded by the city at the epicenter of a Riviera of urban development extending from San Diego to Santa Barbara and inhabited by millions of residents from every corner of the globe.

Hilltops are for dreaming. Emplaced on a mesa in sight of the Pacific, the university celebrates its centennial and looks toward a future whose narrative can be expected to sustain the same drama of inevitability and improbability that unfolds across these pages.