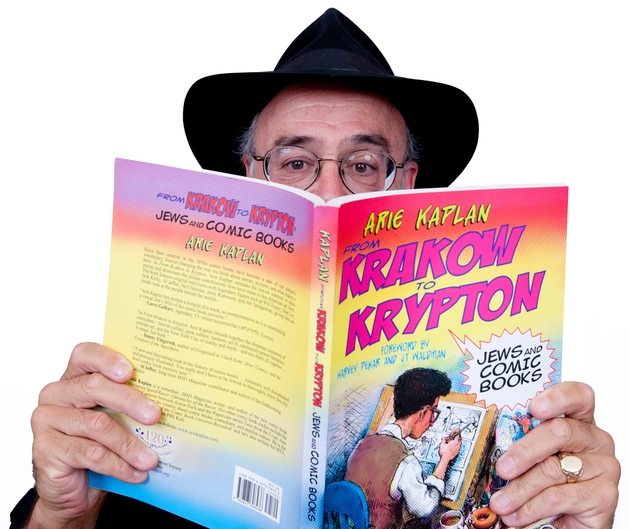 “Class Struggle in Hollywood, 1930–1950: Moguls, Mobsters, Stars, Reds, and Trade Unionists,” by Gerald Horne
The book tells the tragic story of the defeat of progressive unionizing in the Hollywood film industry. Because my father and grandfather were involved in this fight, I find the book very interesting. It shapes one of my current creative projects.

"The Issei: The World of the First Generation Japanese Immigrants, 1885–1924," by Yuji Ichioka
A fascinating history of the assimilation and persecution of immigrants in America. There are some amazing insights on the development of social problems, such as gambling and prostitution, that arise with the immigrant experience. This book provided important background info when I wrote a script for a graphic novel.

"From Krakow to Krypton: Jews and Comic Books," by Arie Kaplan
Blends interesting cultural history with a generous portion of graphics. Kaplan discusses the contributions of Jews to the development of comics and the connection between the rise of comic superheroes and the history of Jews in Europe and America.

"Understanding Comics: The Invisible Art," by Scott McCloud
Although the book masquerades as a comic, it is a brilliant work that discusses the nature of comics as sequential art. It is theoretical and comments on the perception of time, space and reality. This book should be required reading for anyone interested in telling stories.

"King’s Pawn: The Memoirs of George H. Dunne, S.J., by G.H. Dunne, S.J.
Father Dunne was a hero. While teaching at Loyola Marymount University, he also served as a strategist and supporter of progressive union organizing in the Hollywood labor wars during the 1940s. His investigation took on gangsters, Hollywood moguls and anti-Communist zealots. The book also traces Father Dunne’s fight against racism, which resulted in his writing "Trial By Fire," a play about the murder of an African American family. I am honored to be part of a group people who are organizing readings of "Trial By Fire" as part of the LMU Centennial Celebration.

"The Best of Jackson Payne," by Jack Fuller
Fuller's is one of the best novels about jazz ever written. The narrator is a musicologist working as a detective who seeks to uncover the truth about the death of a saxophone legend. The style of the book is jazzy in style, giving it both a polished and improvised feel.