Ava DuVernay, director of Disney’s “A Wrinkle in Time,” which opened just days ago, remembers heading to the Lakewood Mall as a young girl with her aunt to see movies. They saw “whatever was playing,” DuVernay recalled. “I used to think [the mall] was so fancy,” she said. Her aunt was an artist, the misunderstood member of the family, DuVernay recalled, but she left an unforgettable mark on her young niece, DuVernay told SFTV students in Mayer Theater last month. When “Wrinkle” was ready for release, the director brought it home — its first public screening, on March 2, took place before elementary school students in Compton, her hometown. And because Compton has no theaters, the film was screened in a community center.

Today, DuVernay is at what some may call a pinnacle of the film business. A director, producer and screenwriter, she won the U.S. Directing Award: Dramatic at the 2012 Sundance Film Festival for her second film, “Middle of Nowhere.” She is the first black female director nominated for a Golden Globe Award, for “Selma” (2014), which was also nominated for an Academy Award. She is the second black woman invited to the director’s branch of the Academy of Motion Picture Arts and Sciences. And “A Wrinkle in Time” has made her the first black woman to direct a film with a budget of more than $100 million. 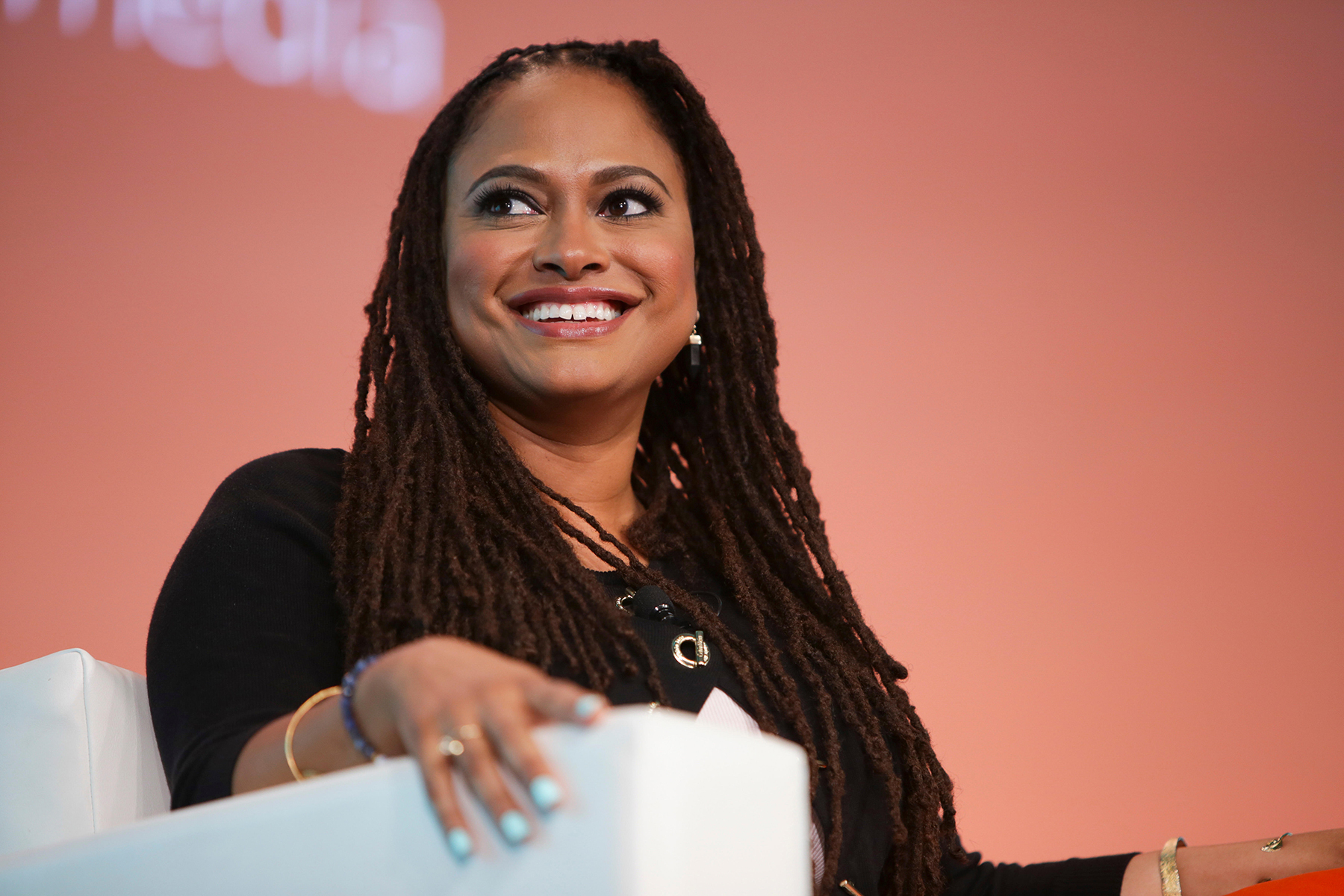 Although DuVernay loved seeing movies as a child, her journey to a director’s chair was no straight path. She studied English and African American history at UCLA; she never attended film school. Her first job in the industry was as a publicist, a post she held long enough to work on 103 films, only one of which, she told students, was made by a black woman.

“I loved being a publicist because I got to be around movies,” DuVernay said. Being on sets was invaluable experience. “I saw a lot of what I did not want to do,” which, she said, is as important as seeing what you do want to do. Not until she was 32 did she pick up a camera to make a movie. True to her roots, that was a documentary about Los Angeles hip hop music, “This Is the Life.”

If some artists believe themselves to be self-made creations, DuVernay is not among them. A theme she repeatedly returned to, intentionally or not, was the influence on her from an early age of the people around her. She jokingly said that being the oldest of three girls in her family probably prepared for a film director’s job.

But she also told Galloway that her experience at St. Joseph’s High School, predominantly white Catholic school in Lakewood, shaped her views on race in ways that influence her today. Because of her experience there, she said, she gets it when white people say they don’t understand people of color, because she felt that herself toward white people. “I think in my films, I’m trying to bridge that.”

DuVernay also cited her mother’s advice, which continues to motivate her today. “My mom always said, ‘Treat others the way you’d like to be treated. It’s real simple and real hard to do.’”

DuVernay declined to interpret her success as a black female director and producer as a sign of change in the film industry finally taking place. “I am not change,” she told Galloway. “It’s change when 10 of us are walking through the door.” She also said she’s not concerned with changing people there but, instead, with building what she’s interested in and cares about: the pursuit of justice and dignity for all. That’s what drove her to accept the director’s job for “A Wrinkle in Time.”