Gerrymandering, the drawing of boundaries of electoral districts, is shaping up to be one of the most contentious issues in politics for the next several years, partly due to increased interest on the part of the United States Supreme Court in cases involving congressional districts in Wisconsin and North Carolina. Here’s a guide to gerrymandering and a look at one notorious congressional district in North Carolina.

Gerrymandering is a practice that dates back to the founding years of the Republic. As early as 1788, a Virginia congressional district was drawn in such a way as to pit James Madison and James Monroe against each other. But the practice received its now well-known name when Gov. Elbridge Gerry of Massachusetts signed a bill in 1812 that altered the boundaries of a state senate district to benefit his Democratic-Republican Party and disadvantage the Federalist Party. Because the resulting district resembled a salamander when depicted on maps, the term gerrymander was coined. Coincidentally, Gerry was Madison’s second vice president (1813–14).

WHAT IS GERRYMANDERING?
Gerrymandering refers to redistricting, which is the drawing of district lines for legislative seats in the U.S. House of Representatives and also in state legislatures. Under the U.S. Constitution, the House of Representatives consists of 435 members. Reflecting population movement and changes in size, the nation’s census is used to redefine the boundaries and location of districts in order to approximate equal representation in the House. Some states may gain House seats, while other may lose one or more. In recent years, southern and western states have been growing in population; midwest and northeastern states have been shrinking. Rhode Island, New York, and Pennsylvania, for example, have lost seats, while Texas, Florida, Georgia and North Carolina have gained seats. Gerrymandering, then, is the process of drawing congressional, state or representative district lines in a way that favors one political party over its opponents. As described by The Campaign Legal Center, a nonpartisan organization, redistricting often is the process by which “politicians choose their voters, rather than voters choosing their representatives.”

WHO DRAWS THE LINES?
The drawing of lines is a state, not federal, responsibility. In most states, the process is done by members of the state legislature, and the process is like that required for the passing of a bill. The state legislature drafts a bill redrawing the lines after the census comes out, because the Constitution requires that every congressional district be roughly the same size in population. The census occurs every 10 years. However, in about a dozen states, including Arizona, California, Hawaii, New Jersey and Pennsylvania, a nonpartisan commission holds the redrawing responsibility.

WHAT DOES IT LOOK LIKE TODAY?
If a state is controlled by one party, the members of that party may determine the district boundaries by majority rule. “This has mostly been done by Republicans after the past two census counts, in 2002 and 2012, because they’ve controlled more states and have had more opportunities to do it — not that the Democrats wouldn’t,” says Richard Fox, professor of political science and associate dean of the Bellarmine College of Liberal Arts. Legislators may draw lines that concentrate opposition voters in as few districts as possible, allowing their own party to enjoy a winning margin elsewhere in the most districts possible. “A state that seems balanced 50-50 in population, Democrat to Republican, can have a three-to-one imbalance in representatives in favor of the party that drew the lines. We’ve seen this in Virginia, Pennsylvania, Ohio and Florida, for example,” Fox says. A party may also draw the lines to deal with an internal primary problem. After the 1990 census, the district lines for a Pennsylvania state house district were redrawn to protect Fred Taylor, a Democratic incumbent, against Larry Roberts, a Democratic primary opponent in the 1992 election. The new district boundaries placed the challenger’s home outside of the district in question. He moved to a new home in the redrawn district. The state leaders presented a second plan that left the challenger out in the cold, so to speak. Roberts moved a second time. A legal challenge to the redrawing of the district failed before the state Supreme Court, but the bad publicity so battered Taylor that Roberts won the seat in 1992. Sometimes sitting members of Congress are forced to run against each other. That usually happens when a state has a contraction in population and loses a seat. In 2011, two House Democrats in California, Howard Berman and Brad Sherman, had to face off. “Those members didn’t have friends drawing the lines,” Fox says. 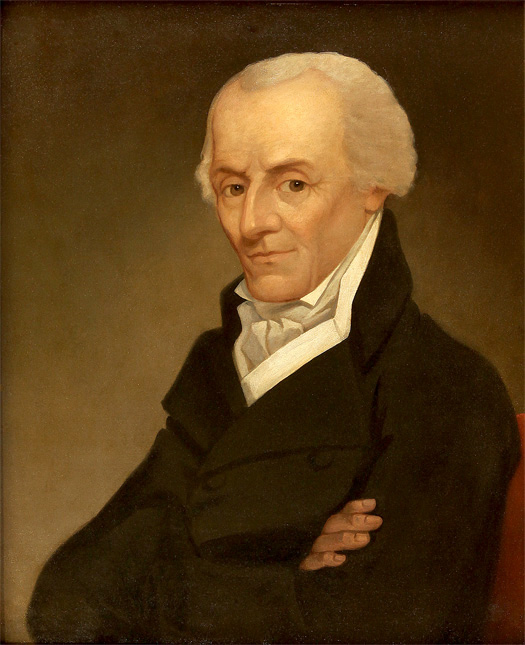 WHAT CAN I DO ABOUT IT?
Nonpartisan and nonprofit national and state-based organizations have made redistricting reform a major priority of their work for open, accountable government practices. OneVirginia 2021, Fair Districts PA, FairVote, Common Cause, RedistrictingOnline and the Brennan Center for Justice at the New York University School of Law pursue the problem through a range of activities, including organizing citizens, proposing citizen propositions, disseminating information, providing resources, and filing suits to challenge the constitutionality of particular redistricting plans. Several civic organizations have joined in an important suit, Whitford v. Gill, that may reach the U.S. Supreme Court this year. The case was filed before the U.S. Supreme Court in March by the state of Wisconsin, which seeks a review of a district court ruling that held that the state’s 2011 Assembly redistricting plan violated the First and 14th Amendments of the U.S. Constitution. In California, citizens passed California Proposition 11 and Proposition 20, in 2008 and 2010 respectively, which together placed the drawing of state and congressional district boundaries in the hands of a 14-member commission composed of five Democrats, five Republicans and four commissioners not of either major party. Those reforms were a top priority of former Republican Gov. Arnold Schwarzenegger, who remains active on the issue. Redistricting reform has rarely been a hot-button political issue that energizes voters, Fox says. But after the November 2016 presidential election, former President Barack Obama, a former constitutional law professor, said he will help lead the National Democratic Redistricting Committee. “President Obama is a former constitutional law professor and probably thinks partisan gerrymandering is fundamentally wrong and damaging to democracy,” Fox says. “If you believe in democratic practices and a fair representative system, partisan gerrymandering is offensive. It’s designed to reduce the impact of certain voters’ votes and increase the impact of other voters’ votes. Maybe someone like Obama could generate some interest in reforming it.”

AMERICA’S MOST GERRYMANDERED DISTRICT
North Carolina’s 12th has been called the most gerrymandered Congressional district in America. It has been reconfigured six times since it was established after the 1990 national census. Although the fate of the 12th seizes one’s attention, its shifting boundaries reflect a more significant strategy: When either major party has controlled both houses of the legislature, and thus the state’s redistricting process, it has attempted to maximize its control of North Carolina’s Congressional representation. Thus, one party may draw lines to hand a district to its opponent if doing so improves its chances to win several others. In 2017, North Carolina is widely considered a 50-50 state in terms of voter affinity. Yet, the Republican Party holds 10 of the state’s Congressional seats; the Democrats, three. –Richard Fox

1993
A Democrat won the 12th district’s first election, taking office in January 1993. But the statewide redistricting plan was challenged multiple times. In one decision, U.S. Supreme Justice Sandra Day O’Connor compared racially grouping voters into irregular boundaries to “political apartheid.”
2001
The 2000 U.S. census led to another redrawing of Congressional maps, including the addition of yet another district, the 13th, as well as more challenges. As a result, attempts to redraw boundaries were made in 2002 and 2003.
2016
Following the 2010 census, attempts were made to redraw the 12th, including a proposed compact district in 2016. But in May 2017, the U.S. Supreme Court ruled that the legislature relied too heavily on race when drawing the boundaries of the 12th and another district after the census, raising the prospect that challenges to boundaries on race-related grounds may be successful in the near future.

Sources: The Brennan Center, Common Cause, OneVirginia2021, RedistrictingOnline, The Atlantic magazine, and the Cato Institute