When my husband, Dan, and I started dating, he would often say, “You look Greek to me.”

Now, Dan is a funny guy, so I assumed this was his twist on the “It’s Greek to me” line, implying that I was strange or indecipherable, or something.

He would shake his head, “I know you are Greek.”

Being O’Talian is how I defined myself, for most of my life.

On the Irish side, I have fond memories of my white-haired great aunts twittering around a Formica kitchen table, saying “Not at-tall, not at-tall,” and hollering a blessing that seemed to last 20 minutes, invoking all the angels and saints, each time I sneezed. I mastered the Irish jig from our St. Euphrasia pastor, Father Kelly, and I make a mean corned beef and cabbage.

On the Italian side, I have dark brown hair, dark eyes, and the only way to shut me up — again, according to Dan — is to make me sit on my hands. And I was raised in the shadow of a formidable nonna (Italian grandmother), upon whose model I have formed myself as a woman, a mother and, now, a grandmother.

Because of my nonna, I am all about food and family, about bringing lasagna when someone is sick and cold cuts when someone has died, and there is no such thing as a light snack in my kitchen. Like her, my arms are muscled from stirring huge pots of pasta and holding babies.

When my daughter, Chelsea, gave birth to her daughter, Mary, last March, there was no question what Mary would call me: I am her nonna. 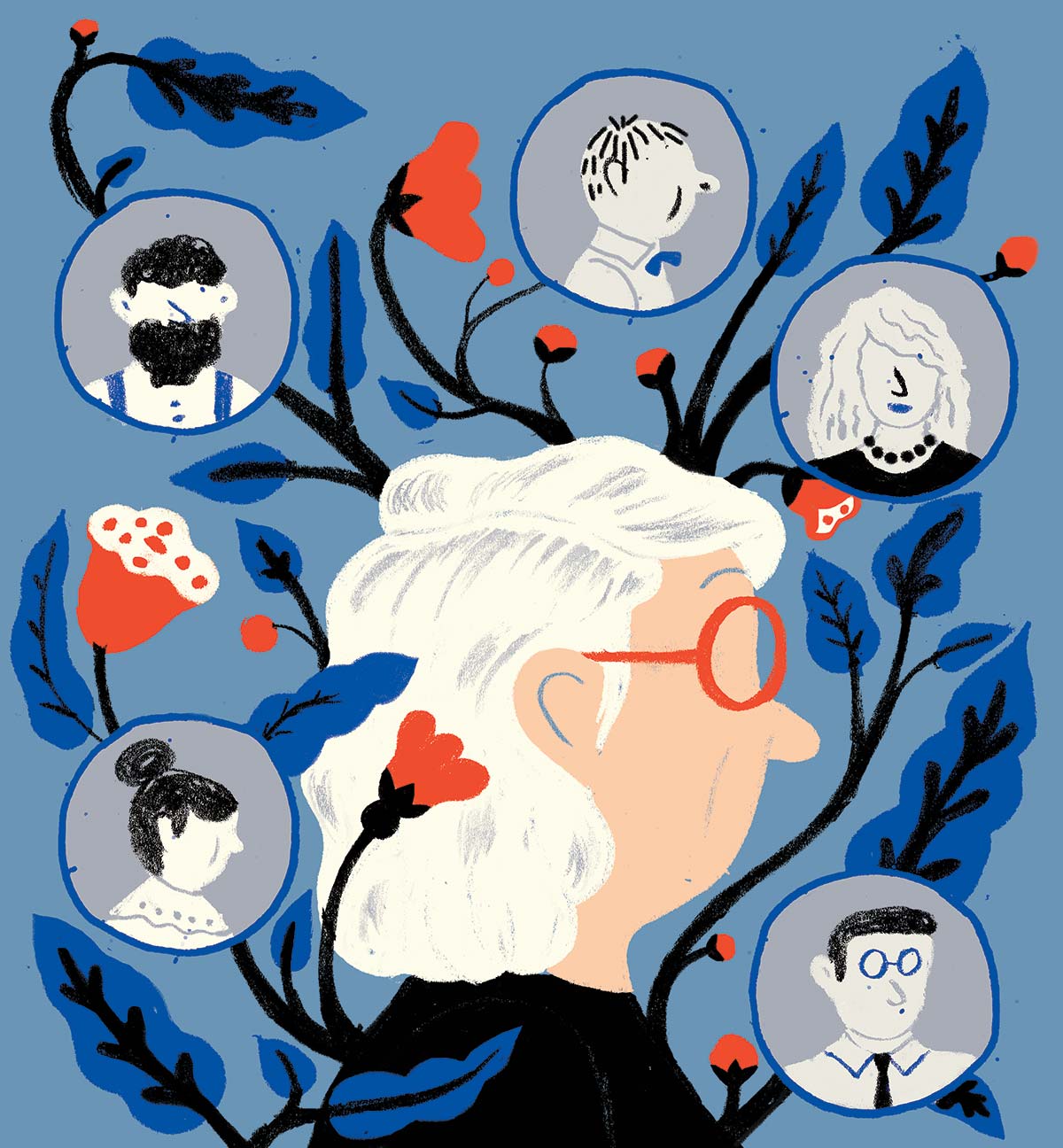 I retired this past summer from my office job, to help care for Mary, and suddenly had the time to do something that had long intrigued me. I took advantage of the 30-day free trial on Ancestry.com and spent most of the next month in my pajamas, following those little green pop-up leaves into the vast branches of my family tree.

It was engrossing and addicting, and as a special side bonus, somewhat slimming, as I kept forgetting to eat.

What I found was both fascinating and infuriating, because, you see, I was totally wrong.

So many things I assumed about myself and my family were quite simply untrue.
For example, I have long been a fierce defender of recent immigrants to our country because I always believed I am one of them. My Irish ancestors were driven to emigrate by the Irish Potato Famine, and my Italian great-grandfather — my bisnonno — stowed away on a boat out of Genoa because he would have otherwise starved to death. It wasn’t until after he worked his way into a good job that he could travel back to his village in Tuscany, marry my bisnonna and finally bring her back via Ellis Island. I identified not only as an immigrant, but one that started out as illegal.

I discovered, however, that via my mother’s family, I am a Daughter of the Revolution — that is, part of my bloodline stretches back to the original colonists on Plymouth Rock — not once, but twice! I was stunned. If it hadn’t been for the example of my nonna, I could have been a Republican!

The craziest discovery was that I am far from being “half” Italian. My nonna’s mother was — are you ready for it? — full Greek! We found a photo of her, and she looks just like ME, in a sepia-toned wedding dress.

Don’t you hate it when your spouse is correct?

The biggest slice of my genetic pie is, surprisingly, German. Then French. Then Irish. Then Italian-Greek. I am, quite simply, an American mutt, a walking, talking melting pot.

So why do I feel Italian, act Italian, represent as Italian? It occurs to me that we are not formed so much by our DNA as we are by the people we grow up loving, and who love us. I adored my nonna, and amazingly enough in our great crowd of cousins, she somehow saw and connected with me.

I am only one-eighth Italian, so that makes my granddaughter only one-thirty-second so! But if being raised in the culture of love and food and family have any sway, Mary has an excellent chance of someday becoming a nonna, too.