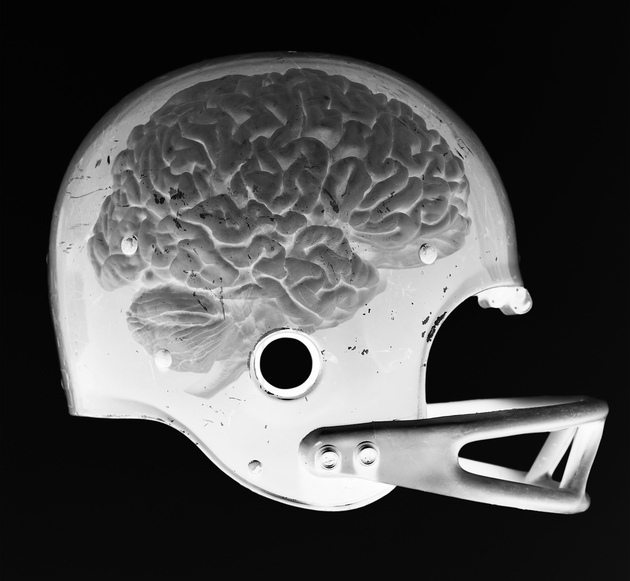 How does a concussion take place?
There are numerous ways: for example, a moving head hitting a solid object, a moving object hitting a stationary head, or even a whiplash can cause enough movement to the brain to cause a concussion.

How would you describe the damage that occurs to the brain?
Think of it as an egg inside a shell: If a person’s head is hit too hard, that will cause the brain to slosh, for lack of a better term, up against the side of the skull. When you hit your elbow, it causes a bruise or damage. The same thing occurs to the brain, and the damage will be more serious.

Are concussions a concern for very young athletes?
I recently wrote a paper that focuses on 11- to 13-year-old female soccer players. My data was very disturbing. Half of the girls reported that they had a blow to the head that resulted in a sign or symptom of concussion — headache, balance problems or dizziness. There’s also a phenomenon called “second impact syndrome” that only applies to developing brains: Second impact syndrome occurs when someone has a concussion and experiences a second blow, even a very minor one, while symptomatic from the first one. It can cause death or severe disability, and it can be instantaneous. So that’s why the situation with youth is serious: There usually are few athletic trainers present at events for that age group, and mom or dad may be coaching the team while not knowing much about concussions.

Is there a difference between the female and male brains in terms of concussion damage?
Yes. The biggest differences are that the female brain has more blood flow and more metabolic activity. Because of those factors, more damage can occur.

Does that difference apply to both adult and adolescent female athletes?
Yes. Females of all ages typically require longer periods to return to normal after a concussion than males.

Do you believe the danger of concussions is fully grasped by professional sports?
I think the NFL is making major steps forward. They’re possibly doing more than they are getting credit for. Removing players from the field after collisions involving the head is a major first step toward a comprehensive program. But there is a long way to go.

What should people know about treatment of concussions?
A college or high school football player who gets a concussion shouldn’t simply be restricted from playing or practice. Cognitive rest is very important. If you sprain your ankle and go for a jog, it’s going to take longer for your ankle to get better. If you injure your brain and try to study for your mid-term the next day, it’s going to take longer for the brain to heal.

What’s the single most useful step people can take to raise awareness?
Get the information out that it’s much better to sit for a week than to live with months to years of symptoms. If you follow guidelines for treatment and then return to play, that is so much better than living for years with lingering symptoms.

Would you let your kids play football, hockey or soccer?
I don’t have kids, but I think so. Because I have expertise as an athletic trainer, I would feel comfortable with my being the one supervising them. But I can see why people would hesitate.