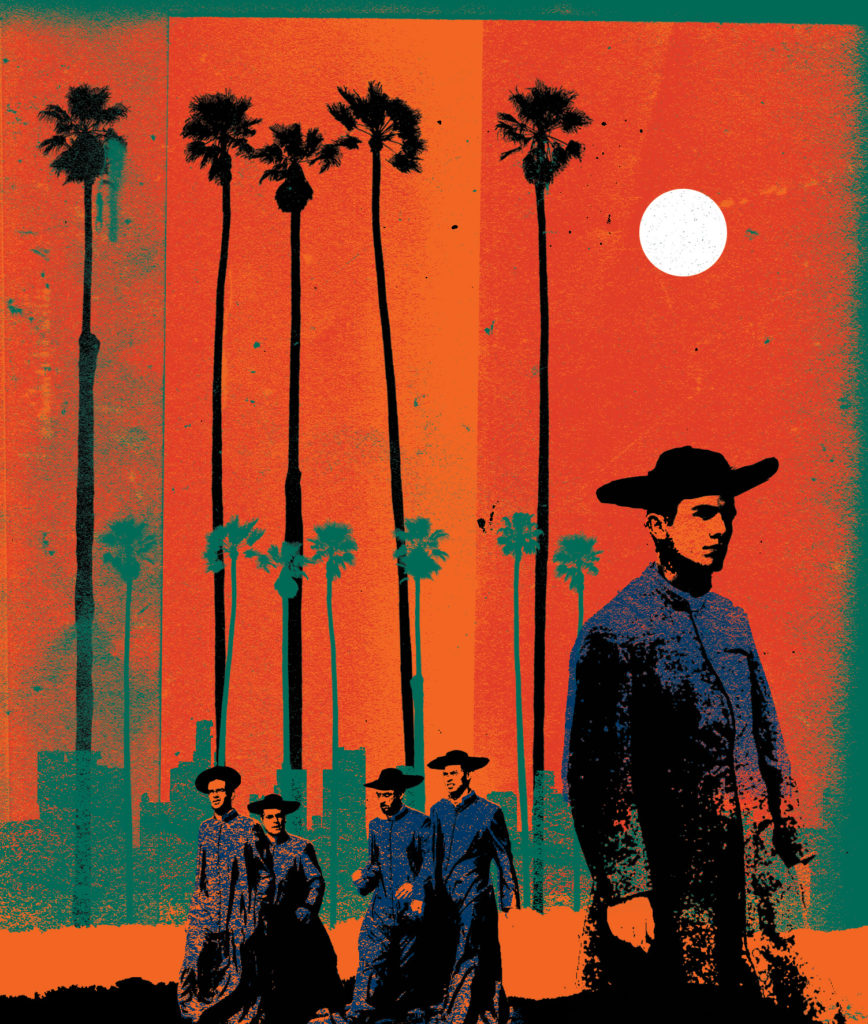 In 1911, when the Jesuits finally planted a college in Los Angeles, the city seemed, to some, an expanding yet undefined place. It was clearly a city of growth: 5,700 inhabitants in 1870, 54,000 in 1890, 102,000 in 1910 and 576,000 in 1920. But L.A.’s identity has deeper European roots, having been officially founded in 1781 by Mexico’s Spanish governor. Not until 1848 did Los Angeles become U.S.-owned, a result of the 1848 Treaty of Guadalupe that ended a war and handed Mexico’s Alta California to the northern neighbor. Perhaps it’s safe to say L.A.’s pre-U.S. history was not much known, and certainly little regarded, to the dreamers of the early 20th century, who were certain that they, and water, could transform this land and its culture.

The Jesuits at the time knew where they were headed. They had identified Los Angeles as a site for a college in the Ignatian tradition. With their own sense of purpose rooted in the Ignatian Spiritual Exercises, they arrived in a city that would struggle for decades to understand what and who is this Spanish, Mexican, Tongvan, Anglo and, after the Great Migration, African American city. (An L.A. or California, by the way, that had not been immigrated upon would be recognizable to no one except Native dwellers.)

Los Angeles’ identity has become entwined with the work of creativity and imagination.

Two decades into the 21st century, it’s no wonder that L.A.’s writers, artists and citizens continue to decipher and interpret the meaning and history of this city. L.A. as symbol is an inexhaustible subject. Perhaps only New Orleans among America’s major cities is as fruitful an object of self-study as is the City of Angels. Few of us ponder the metaphorical or aspirational meaning of D.C., Cleveland, Boston, Philadelphia, Baltimore or Detroit. But the common L.A. cliché — the city of dreams — carries a load of truth: Los Angeles’ identity has become entwined with the work of creativity and imagination. What L.A. is, what L.A. offers, what L.A. means — these questions lure the attention of those of us who live here as surely as the city’s image draws those with dreams of moving here. And perpetually roiling, if usually under the surface, is the identity question about the city’s past that will not go away: What was Los Angeles?

Perhaps we shouldn’t dismiss all definitions of Los Angeles that include a place of possibility. L.A. offers that, for better and for worse. One imagines that the Jesuits who planted their third California college in this basin more than a century ago foresaw, or least expected, both the better and the worse. Perhaps it was an act of hope that they came anyway.