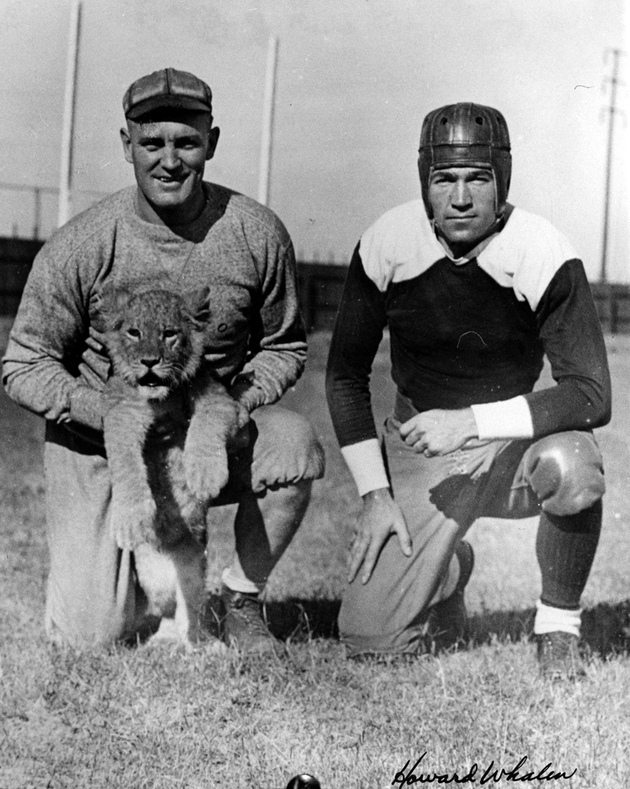 Things were different back in the day: Schools might latch on to a colorful metaphor or adjective used by a journalist to describe their athletic teams, and a mascot would be born. But LMU’s story is a little murkier than that.

It was the Los Angeles Loyolan, the student newspaper, that seems to have put the lion on the Loyola University community’s radar. On Oct. 5, 1923, a dramatically worded article, “Our new mascot,” detailed how a few years prior, a fan had suggested that Loyola’s athletes, known previously as “Loyolans,” adopt the lion as their mascot. But the lion, apparently, struggled to stay in Loyola’s consciousness — a shortage of spirit this writer aimed to reverse.

“What is to be the battle cry of this new scholastic year?” he wrote, never lacking in rhetorical flourishes. “Is it to be the tawdry, age-old, Rah! Rah! Stripped of any spirit and sentiment, or are we at last about to recognize our mistreated mascot, the ‘Loyola Lion’?”

The author, for his part, made his hopes clear: “So let’s go, EVERYBODY! Think Lion! Talk Lion! Sing Lion!”

Loyola did. And by the early ’30s, at least two Los Angeles Times articles confirmed that the lion, today known as Iggy, was here to stay, with reports in 1932 and 1935 referring to the lion as Loyola’s “new” mascot.

As usual, the near-history is more fun than the reality: Some have suggested that a maned mascot was chosen in 1927 as tribute to mountain lions that roamed near Westchester. But the Loyolan’s impassioned call to action came four years earlier.

And there’s the hazy, mythical Hollywood connection: A 2005 New York Times article reported, in passing, that Loyola adopted the lion after Louis B. Mayer, of Metro-Goldwyn-Mayer, allowed the school to use his aging, and real, MGM lion as mascot. But MGM was founded in April 1924, months after the Loyolan article appeared.

Nonetheless, photographic evidence confirms that live, flesh-and-blood lions once walked the Loyola campus, though not of the MGM breed, which probably makes risk management officers squirm to this day.