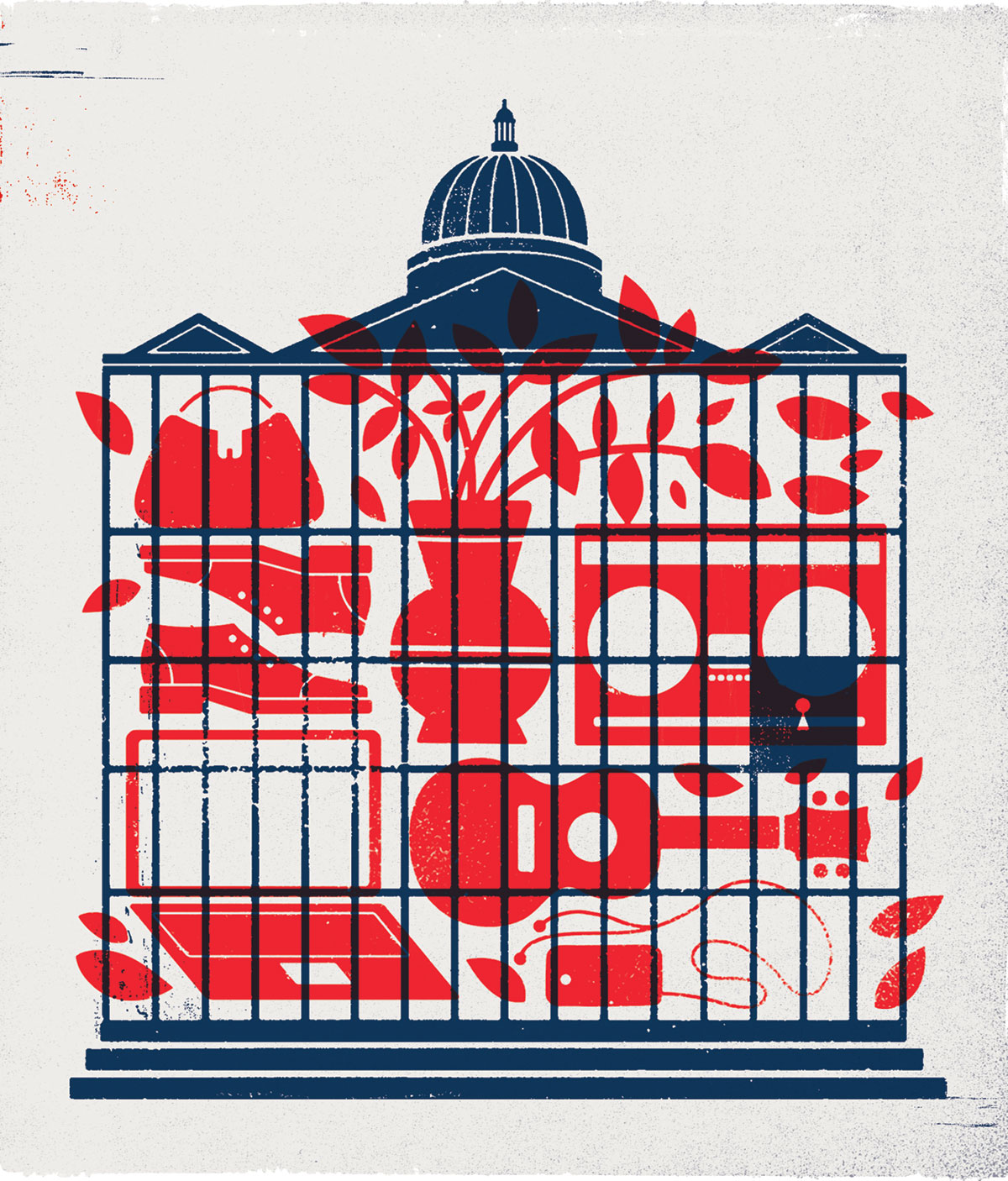 Because of federal and state civil asset forfeiture laws, you could go out for a night on the town and return on foot because your car, cash and wallet contents were confiscated by police without your even having been charged with a crime. You could lose that pickup truck that you loaned to someone because he or she was arrested for a crime, whether that person was ultimately found guilty or not. According to a 2015 Institute for Justice report, every year hundreds of millions of dollars — in cash, cars, homes and other property — are taken from owners by U.S. law enforcement and prosecutors regardless of guilt or innocence. The money, in fact, can be used to supplement law enforcement budgets, pay for weapons and supplies or, in one case in Houston, rent an underutilized academy facility. The U.S. Department of Justice has a program called “Equitable Sharing” through which forfeiture assets are shared with participating local and state authorities. So does the Department of the Treasury. Organizations from the American Civil Liberties Union to the Cato Institute urge that civil asset forfeiture be abandoned or reformed because it violates citizens’ constitutional due process and property rights and incentivizes law enforcement to seize citizens’ assets for departmental gain. We asked Eric Miller, Loyola Law School professor and Leo J. O’Brien Fellow, to give us a lesson about civil asset forfeiture.

What is its origin, whether in custom or the law?
Asset forfeiture has a long history. The current civil asset forfeiture process (targeted primarily at narcotics crimes) derives from the 1970 federal expansion of the common law doctrine of criminal asset forfeiture. That common law doctrine was itself a feature primarily of maritime and customs law. It required a conviction of a criminal act under one of two statutes enacted in 1970 in order for the government to obtain the profits, including certain items of property, from persons convicted of organized crime. Federal civil asset forfeiture emerged in 1978 as a means of seizing the profits of drug dealing from organized crime, expanding the types of crimes justifying seizure, while separating forfeiture from conviction of a crime and lowering the burden of proof on the government. Soon after, the states enacted similar statutes, as part of the war on drugs.

Is civil asset forfeiture a local, state or federal practice? Or may it exist at any level?
Civil asset forfeiture can exist on any level, state or federal. State asset forfeiture laws are often used by small municipal police forces as a means to raise money for themselves or the municipalities. And local police forces can partner with federal law enforcement to receive a share of assets forfeited, which is one way municipalities engage in an end run around less favorable state laws. The 2016 California law makes such profit sharing harder in cases of drug crime by permitting state law enforcement to obtain federal funds only upon conviction of the offender.

Must police be prepared to meet a standard regarding the justification for seizing assets in particular cases? And if standards exist, are they uniform nationwide or defined by particular jurisdictions?
The standard at the state level is usually probable cause. That is a belief that would entitle an ordinary person to suspect that criminal activity is afoot. At the federal level, the Civil Asset Forfeiture Reform Act of 2000 imposed the higher standard of preponderance of the evidence on federal civil asset forfeitures and required the government to shoulder the burden of proving a connection with criminal activity. While states could adopt a higher standard, they generally do not. A notable exception is the State of California, which recently reformed its asset forfeiture law relating to the proceeds of drug crime to include a “beyond a reasonable doubt” standard for boats and airplanes, as well as real property, and a slightly lower “clear and convincing evidence” standard for cash or negotiable instruments worth more than $40,000.

Is civil asset seizure permitted only as a source of potential evidence of wrongdoing? Or is there legal grounds for asset seizure as a revenue source for jurisdictions?
Asset forfeiture should really be a way of punishing or undermining criminal activity. So, it is justified, not only as a source of evidence, but as a means of undermining the ability of criminals to profit from crime and fund their criminal acts. Police and prosecutors can use the assets seized as a way to gather evidence. However, because of the ease of seizing property, some states and municipalities appear to use it as a way of funding local government. Doing so creates perverse incentives: If police funding depends upon asset forfeiture, then the police have an incentive, not to protect the public, but to fleece them.

Are some assets restricted from seizure, or, conversely, are assets open to seizure usually defined by law?
In many jurisdictions, there are little or no restrictions on the type of property that may be seized, apart from that the assets be derived from criminal activity. Anything from candy to condominiums can be forfeited, so long as it is linked to a crime. The major restriction is thus pragmatic: The government will usually only go after valuable stuff. Even under the 2016 law, California allows seizure of boats, cars, airplanes, real property, cash and negotiable instruments.

Can citizens contest asset seizure?
Yes, all persons (not only citizens) can contest civil asset forfeiture. But a person’s ability to do so will depend upon whether they are a criminal accused or a third party. For the most part, people under an indictment will have to wait until the conclusion of their case before trying to get their property returned, if acquitted. Third parties’ chances of success are often dependent upon whether they are corporations or individuals; corporations do not fare as well as individuals.

Are prospects such at the federal level that the practice will likely increase under the current administration?
Certainly, the Department of Justice under Attorney General Jeff Sessions has made the use of civil asset forfeiture a central plank of its renewed war on drugs. Congress, however, is taking steps to limit the use of the program. We shall see whether they are successful in passing limiting legislation. They did manage to do so in 2000.

Beyond contesting an individual case in which they are involved, what can citizens do about civil asset forfeiture?
Other than avoid the police, citizens can lobby their congressmen and congresswomen to pass legislation to limit the use of asset forfeiture. The Drug Policy Alliance, for example, ran a successful campaign to reform the California law.

A CASE STUDY
In August 2013, Rhonda Cox of Pinal County, Arizona, permitted her son to go shopping driving her pickup truck. While running his errands, her son was arrested in connection to stolen items involving a pickup truck, and Cox’s vehicle was confiscated. After she arrived on the scene, she told a Sheriff’s Department officer that she was the owner and knew of no crimes committed involving the vehicle. When she asked how to get the truck back, the officer told her she would never get it back. Cox had worked as a paralegal but could not afford attorney’s fees. To make matters worse, she faced a $304 fee simply to file documents needed to reclaim her property. And if she pressed her case, she’d risk being liable under Arizona law for paying the state’s attorney fees if she lost. Cox did not see her vehicle returned. Eventually the truck and its contents were sold. In 2015, the ACLU and Perkins Coie law firm filed a case that asserts that Arizona’s civil asset forfeiture laws violate due process rights and that police and prosecutors have a financial incentive to enforce the laws. In August 2017, a federal judge ruled that a challenge to Arizona’s statutes that permit police and prosecutors to profit from items they seize will be allowed to proceed.