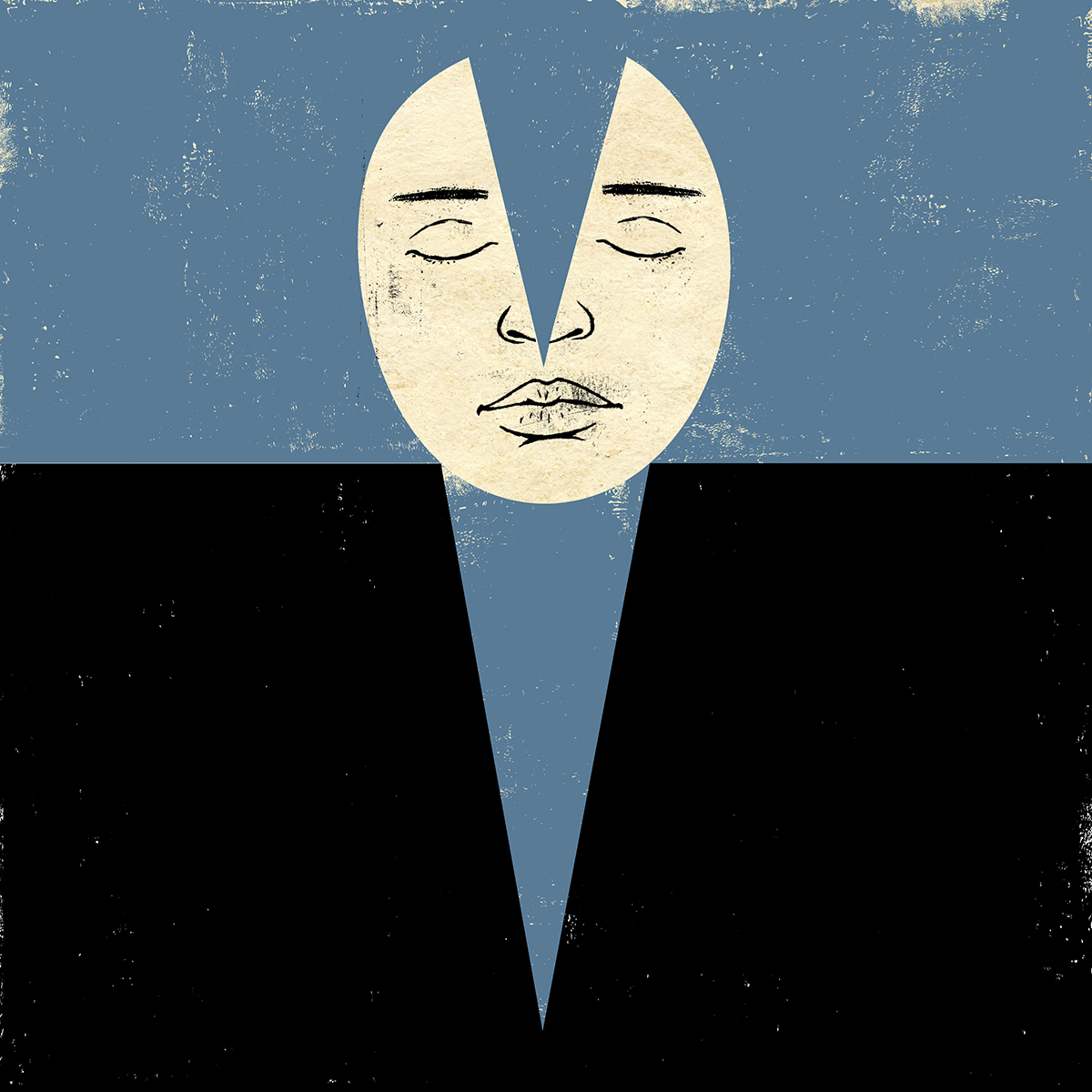 For anyone trying to follow the fate of DACA — whether an interested party, a political observer, or an actual undocumented immigrant whose fate is tied up in it— the last few weeks have been a series of reassurances, roller coasters, and heartbreaks.

Is DACA — which stands for Deferred Action for Childhood Arrivals, and meaning an amnesty for young people brought into the country as children — going to expire early next year? Will President Donald Trump who campaigned to rescind the policy on “day one,” win out? Or will the same president — the son of an immigrant mother (from Scotland) who eventually married two more immigrants (both from continental Europe) — respond to the rising support for the young Dreamers and decide the issue is not worth pushing? Will immigrants-rights groups, liberal activists, and the Democratic Party — solidly united behind DACA — get their way and preserve or expand the policy? Or will a hardline of the Republican leadership, helmed by Attorney General Jeff Sessions and driven by a wave of populist nationalism, kill DACA and send 800,000 young people back into the shadows or back to nations they know only from childhood and family photos?

Right now, no one knows for sure, and there is no consensus on the matter. Even political and legal experts find themselves flummoxed by a complicated balance of power and an erratic president who takes a strong line against immigration one minute and speaks warmly of hammering out a deal with Democratic leaders, over takeout Chinese food, the next.

Among the pessimists is Richard Fox, professor of political science and an expert on the United States Congress. “We now live in a world where it’s hard to predict anything,” he says. But it’s difficult to imagine, he says, a GOP-controlled Congress passing a law that would be a great gift to the Democrats and to the immigration lobby. “I wouldn’t be surprised if nothing happens, and the law just goes away, because the government is so dysfunctional.”

Others see a devil’s bargain. “This is speculation on my part,” says Kathleen Kim, professor at Loyola Law School and a longtime immigration advocate, “but it may be that when [the president] comes to the six-month deadline for enforcing DACA, he will be uncomfortable deporting Dreamers. So, he may be trying to find a way out.” Will he trade DACA for a border wall?

The future of the policy, then, is anything but secure. However it falls, for now the million-or-so young people eligible for DACA — estimates set the number at about 1.2 million, with approximately 400,000 not yet enrolled — are living in limbo.

The policy now known as DACA was announced with great fanfare by President Barack Obama in spring 2012 and was enacted that summer. It became policy not through the usual Congressional process but by executive proclamation, leading some, especially on the Right, to denounce it as executive overreach. Michael Genovese, professor of political science and president of the Global Policy Institute at LMU, does not think this was the former president’s shrewdest move — “it was an act of desperation” — and while DACA makes good sense, he says, Obama opened himself, and his policy, up to attack.

DACA was not an ordinary amnesty law, not the kind that has been passed by both major parties before. (In 1986, President Ronald Reagan signed the Immigration Reform and Control Act, allowing millions of immigrants in the nation illegally to remain, with some conditions.) DACA applies to people brought to the country before they turned 16 and requires that they either earn a high school degree, stay enrolled or attain an honorary discharge from the military. It also requires that they keep clean — no trouble, no felonies. Even a bad misdemeanor is enough to disqualify someone. And Dreamers (as they’re called because of the DREAM Act, a bill first introduced in 2001 and in some ways the inspiration for DACA) need to register and pay $495 apiece for the privilege. In exchange they get many, it not all, benefits of citizenship.

“It’s complicated, costly and frightening,” says Cecilia Gonzalez-Andrieu, professor of theological studies who works with about 20 DACA scholarship students at LMU. “They had to turn in all the information about themselves, be fingerprinted. … They’re the most extremely vetted group of people in the country right now. They are very aware that they are in school for the good of their communities. They stay completely out of trouble — not even too many drinks.”

But while the nation as a whole has lined up largely behind DACA — an ABCNews poll this week indicates 86 percent of the country supports the policy, with only 11 percent opposed — “the test is what people on the Republican side are thinking,” says Genovese.

That issue is more complex than most, he says: The Tea Party, right-wing and nationalist side of the GOP leadership generally opposes immigration of almost any kind. But moderates may not line up. “There are a lot of establishment Republicans looking for a way to kick Donald Trump in the behind,” Genovese says. And the president has put himself in a difficult position, especially if Congress hands him a bill extending or codifying DACA. “What does Trump do — does he veto it? He’s an amateur, and that’s what amateurs do — they make rookie mistakes. His base is all he’s got, and you’ve got to give them red meat, even if it’s rancid.” He may be strategically trapped no matter what he does.

So, while it’s hard to predict what Congress or the President will do with the policy — each week seems to bring an apparent reversal or complication — among many Catholics, including Jesuits and their universities, a consensus has taken shape. Given the wide ideological range covered by U.S. Catholics — who vary from those mourning Justice Antonin Scalia to the remnants of Catholic socialism — it’s a rare convergence.

The statement of DACA by Pope Francis, who emphasized that “the family is the cradle of life and that it must be defended as a unit,” is just the highest profile of its endorsements. As the controversy was cresting in early September, the university’s founding religious orders stood up strongly behind the policy, as has LMU itself. When Donald Trump announced his decision to rescind DACA in September, Timothy Law Snyder, Ph.D., LMU president, wrote to the university community in support of LMU’s DACA students: “LMU stands unequivocally in support of all our students. We renew our resolve to protect our undocumented students to the fullest extent of the law.” The Association of Jesuit Colleges and Universities has done the same. Archbishop José H. Gomez, archbishop of the Diocese of Los Angeles, called the rescindment a “national tragedy and a moral challenge to every conscience.”

Allan Deck, S.J., professor of theological studies who teaches both theology and Latino studies, says the widespread support for DACA is not a surprise. “It’s embedded in the Church’s teaching, and Biblical teaching on human dignity and the rights of migrants. It goes back to the Hebrew scriptures, and reflects basic principles of decency. God hearing the call of immigrants” — the heart of the story of Exodus — “is a key moment in history. All three Abrahamic religions are rooted in this; it’s got a great pedigree.”

Deck says it’s important that working out DACA and the larger patchwork immigration policy take into account a wide range of perspectives, including those who believe in tight borders. He wants the debate to be, as Church teachings prescribe, a dialogue rather than a monologue.

But he sees widespread agreement about DACA itself. “This is not a liberal or conservative issue,” Deck says. “It’s about human rights, dignity and fairness.”

Gonzalez-Andrieu says the support for the vulnerable is a bedrock Church teaching. “It’s the most basic tradition of Christianity — Jesus left very clear instructions on how to treat the poor and the hungry and the sick.” Support for DACA, she says, “gives us a chance to flex our mission as a Jesuit and Marymount institution, with the love of God that issues as a love of the neighbor and care of the young.”

Still, between partisan gridlock, a president whose positions swings widely and hard opinions on both sides, it’s hard to know how things will shake out. “There’ll be a press at the end to get something done,” Fox says. “And a big push by the activists and the Democrats, ‘Mr. President, you said you'd do something.’ Then, I don’t know, it’s 50-50. Do they hammer out an agreement? Then the Democrats are in the terrible position of voting for [border] wall funding?”

Both compassion and hatred, Kim says, plays a real role in American politics these days. “The folks who supported Trump the most strongly during the election were hardline anti-immigrant people,” she says. If they let DACA survive, it could come with harsh measures. “This may be the trade-off that immigration restrictionists have been waiting for — something far more draconian than we have now.” The Dreamers will have become political footballs.

But Gonzalez-Andrieu thinks it’s important for students at LMU, whatever their immigration status, to understand the university’s position, which is one of unambiguous support. “We’re all committed to them,” she says, “DACA or no DACA.”

Scott Timberg, a frequent contributor to LMU Magazine, is the author of “Culture Crash: The Killing of the Creative Class.” He was a Los Angeles Times staff writer for six years, and his work has appeared in The New York Times and elsewhere. Among his feature articles for LMU Magazine are pieces on information chaos as a political tactic and the DACA program. Follow Timberg on Twitter @TheMisreadCity.