Trafficking, slavery and forced labor by their very nature are often hidden crimes. Nonetheless, U.S. and international organizations are working to quantify the practice by reporting cases and other means. In 2012, the International Labor organization estimated that there may be 20 million trafficking victims worldwide. The United States is considered a major destination for trafficked people with thousands of people being trafficked into the United States each year.

Although trafficking victims are too often silenced, Catholic nuns and their congregations are raising their voices loudly on victims’ behalf. The Religious of the Sacred Heart of Mary and the Sisters of St. Joseph of Orange, two of LMU’s sponsoring religious organizations, are among many groups that provide education, offer services to survivors and advocate against trafficking and slavery in the U.S. Congress. The infographic below gives a glimpse of trafficking in the United States as seen through cases reported.

Read a conversation about trafficking with Kathleen Kim, professor at Loyola Law School and a member of the Los Angeles Police Commission. 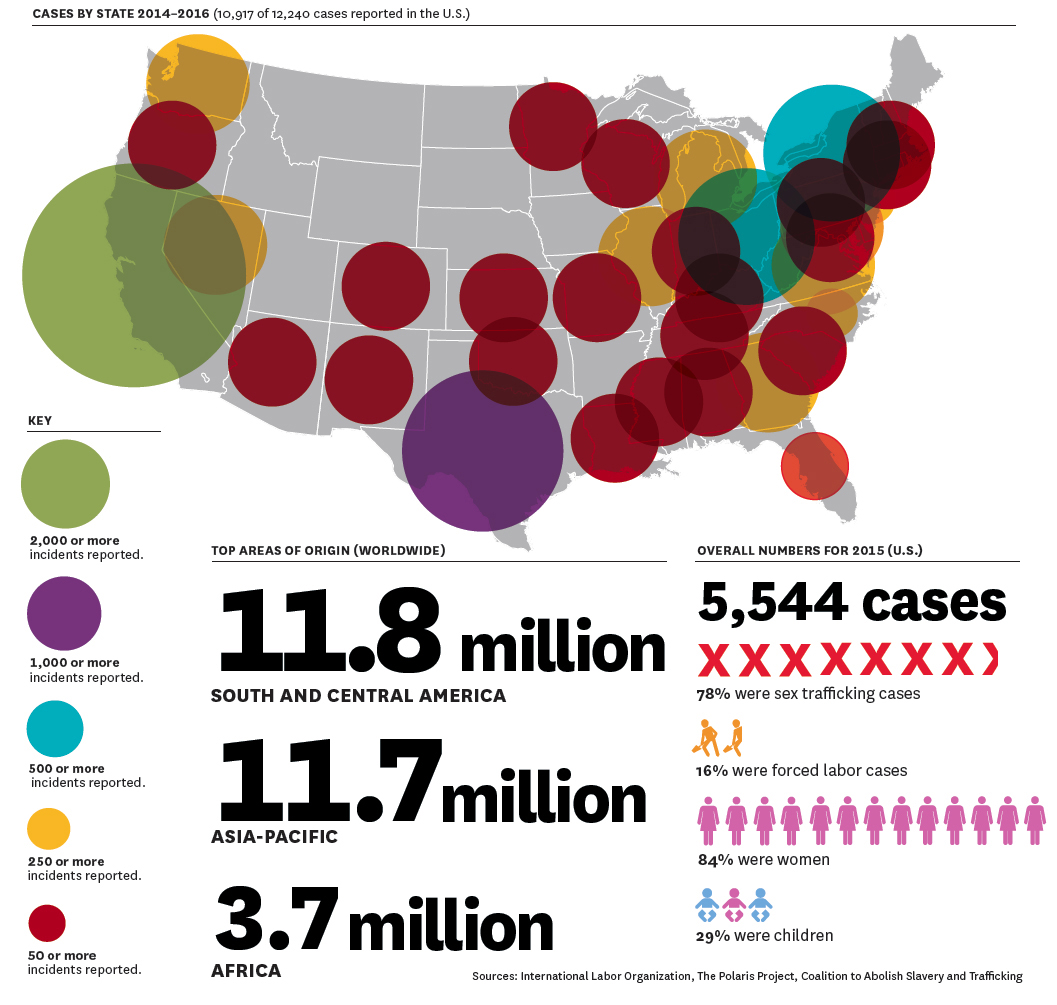