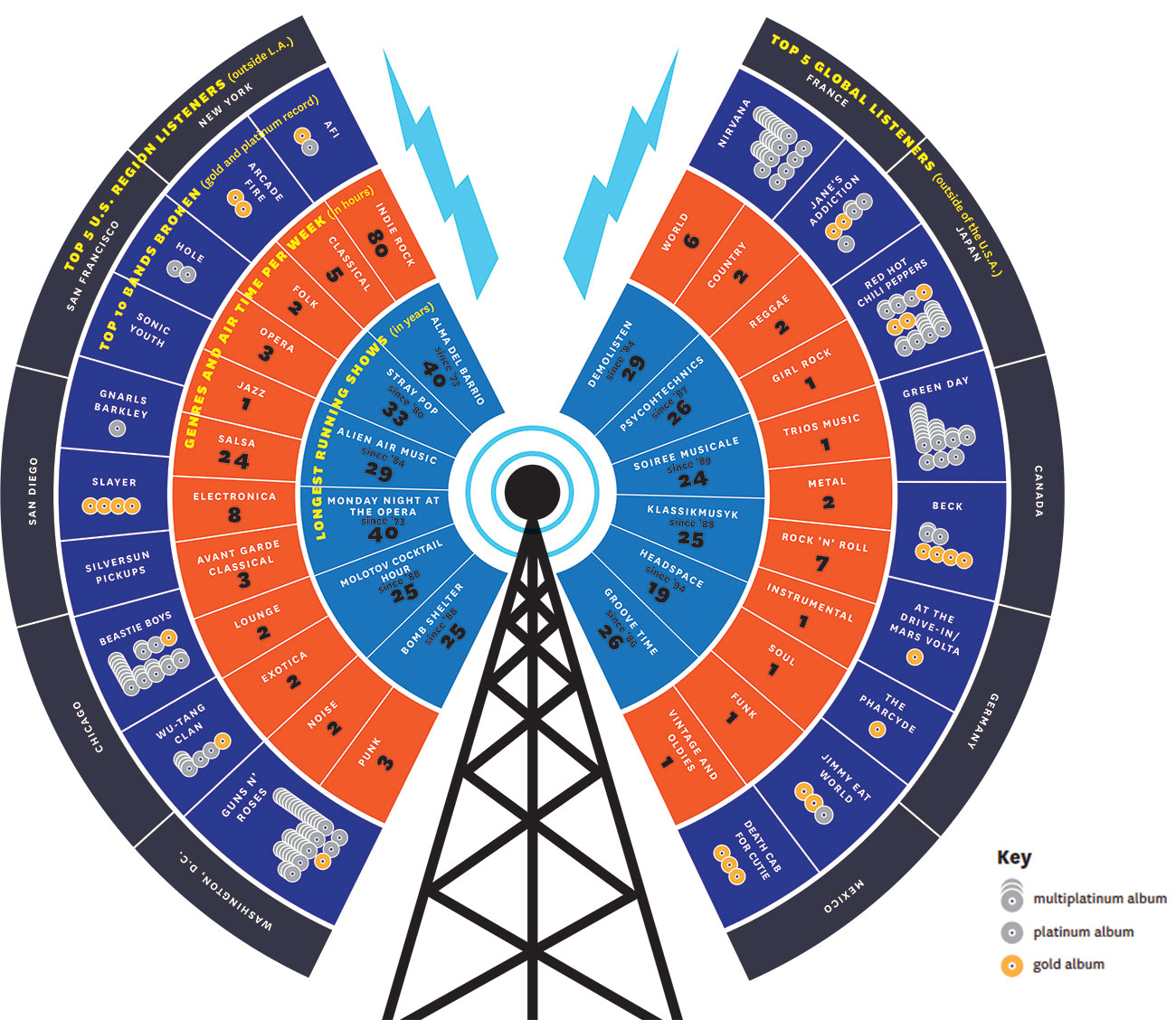 KXLU 88.9 Los Angeles
KXLU, the university’s independent, student-run radio station, may be one of LMU’s most valuable programs. With a 3,000-watt signal and a 30-mile broadcast radius, KXLU, occupying prime radio real estate at 88.9 on the FM band, reaches into the heart of one of the most influential entertainment and media markets in the world.

Since 1957, KXLU has sent LMU’s voice into L.A., with free-form musical programming that mirrors the diversity of a world city. If diversity is central to an LMU education, and it is, then KXLU has been dealing in it for decades. “Alma del Barrio,” for example the station’s weekend broadcast in Spanish, has been speaking to L.A.’s world and Latino music fans for 40 years.

In the realm of college radio, KXLU enjoys an envied location, transmitting the musical tastes and interests of LMU students to music, movie and television industry leaders 7 days a week, 24 hours a day to the second largest radio market in the country. KXLU DJs are known for giving crucial exposure to some of U.S. popular culture’s most innovative talents, including Jane’s Addiction, the Beastie Boys, Guns n’ Roses, Nirvana, Beck, Silversun Pickups and Arcade Fire. And students get unparalleled experience in management, promotions, production, music reviewing, programming, fundraising, and engineering, and as DJs.

On the Air Today

88.9 KXLU FM has achieved the status of music tastemaker and Los Angeles cultural icon as it continues to give voice to underrepresented artists and genres. Here is a small sampling of the artists and albums in current rotation:

The Rise of Radio at KXLU

1945
The FCC grants LU a license to operate on an educational basis.”

Mid-’70s
Format is expanded to include alternative rock, Latin, jazz and news.