Credential-sharing may seem harmless. After all, corporate media giants surely won’t miss a few subscription fees. But if you care about maintaining a stream of visual content for the long haul, you could be hurting yourself — or your future self. 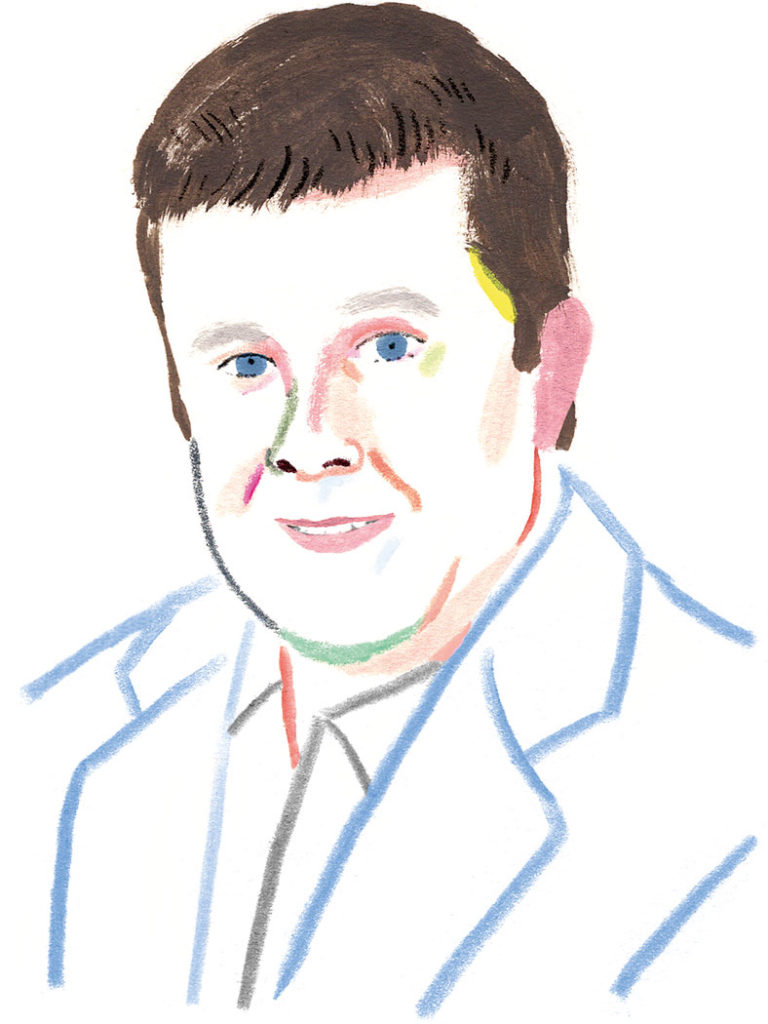 “Dilemmas” is a feature of LMU Magazine in which we ask a member of the faculty for ethical advice about a complex question. Send your moral quandary to magazine@lmu.edu with the word “dilemma” in the subject line. We’ll pick one, put it to a faculty member and give you an answer in an upcoming issue.

THE QUESTION: I’m an undergraduate film student who watches lots of films from many sources. But I can’t afford access to all the streams I need. A friend offered me his Netflix login credentials. I’m not sure I should use them, but saving money helps me get through college. What’s the harm? What should I do?

FINLAY: Streaming has radically disrupted our relationship with television and film. We have come to rely on 24/7 access to on-demand media libraries, and we expect streaming services to deliver prestige content. But those subscription fees add up. As streaming services multiply, credential sharing seems like a rational choice. It is estimated that 35% of millennials use shared credentials. It certainly saves money. It can also feel liberating, a form of consumer protest. But, is it the right thing to do?

Make no mistake, we have all been recruited to the front lines of the streaming wars, where Netflix, Prime, YouTube and a host of other providers are competing for our subscription dollars in a zero-sum game. As the market matures, providers inevitably move toward producing their own programming, shifting emphasis from content delivery to content production. In 2018, for instance, Netflix offered approximately 1,000 originals. The convergence of production and distribution has fragmented the streaming market, requiring consumers to pay for more subscriptions to access exclusive content across an endlessly proliferating roster of streaming services.

In 2018, researchers estimated that if Netflix took measures to stop password sharing, the company could grow annual revenue by $391 million or 4.4%.

And yet, the average consumer is only willing to pay for two to three streaming services per month. So, when there’s something binge-worthy on that other streaming service, many of us are tempted to share credentials. It is easy to do and feels harmless. We don’t hear about streaming providers prosecuting people who use passwords from their friends, exes or parents. And many of these services allow us to create our own personalized profiles. So it may appear as if providers assume and almost encourage sharing.

You might also believe streaming is very profitable, so your $10 isn’t important. If Amazon can invest more than $1 billion in a “Lord of the Rings” series and Netflix was able to spend more than $400 million to convince mega-producers Shonda Rhimes and Ryan Murphy to leave their television deals, streaming must be doing well. The reality is much more complicated. For streaming providers, spending on content is a matter of life and death. Content drives subscriptions. Those headline-grabbing spending sprees are investments in future subscribers, not evidence of current profitability. Hulu, for example, is estimated to be losing $1.5 billion annually. Plus there are legitimate concerns that Netflix may be spending itself into oblivion.

What role does password sharing play in this? As providers tend to avoid transparency, it is difficult to obtain an exact measure. In public statements, the CEOs of major providers have tried to downplay the costs of credential sharing. In 2018, however, researchers estimated that if Netflix took measures to stop password sharing, it could grow annual revenue by $391 million or 4.4%.

At the 2019 Consumer Electronics Show, Synamedia introduced Credentials Sharing Insight, an AI service that tracks illegal sharing. It may come as no surprise that Synamedia has already identified university campuses as loci of peak sharing. How will streaming providers use this sort of technology in the future? Will they risk a PR nightmare by prosecuting sharers? The music industry’s response to Napster in the late 1990s likely stands as a potent deterrent. Perhaps streaming providers will instead use the data to upsell suspected sharers by offering multihousehold accounts or other packages in an attempt to reclaim lost revenue. This panopticon-like data surveillance, in any case, will shape our credential sharing decisions in the future. Is it ethical to share? The algorithm will make that decision for us.

If outsourcing your ethical dilemma to AI is underwhelming, you might consider it from the perspective of Alexis de Tocqueville’s concept of enlightened self-interest. Tocqueville suggested that it is advantageous for individuals to make sacrifices to serve the interests of their groups as this may ultimately serve their own interests. As a film student, your investment in streaming subscriptions today may help establish the conditions for your own success in the film industry in the future.

Consider Netflix’s pledge to spend more than $12 billion on original programming in 2019. Or in 2017, when Amazon took home two Oscars for “Manchester by the Sea,” as well as the best foreign language film award for “The Salesman.” Or Netflix’s “Roma,” which secured 10 Oscar nominations this year. In an economic environment where traditional studios increasingly vie for global audiences through easy-to-translate special-effects blockbusters, streaming studios are investing in smaller and more diverse filmmaking. Indeed, the same granular surveillance of streaming data that has the potential to stop credential sharing is already informing content production decisions at major streaming providers through the identification of niche audiences who are hungry for diverse content. If you choose to purchase your own streaming subscriptions, you are actively supporting a diverse range of creators who are increasingly dependent on streaming studio investment. By actively building your own streaming profiles, your data acts as an investment, giving you a voice in shaping demand for future content.

Christopher J. Finlay is an associate professor who teaches communication studies in the LMU College of Communication and Fine Arts. He is the author of several articles and book chapters on new media and global communication.