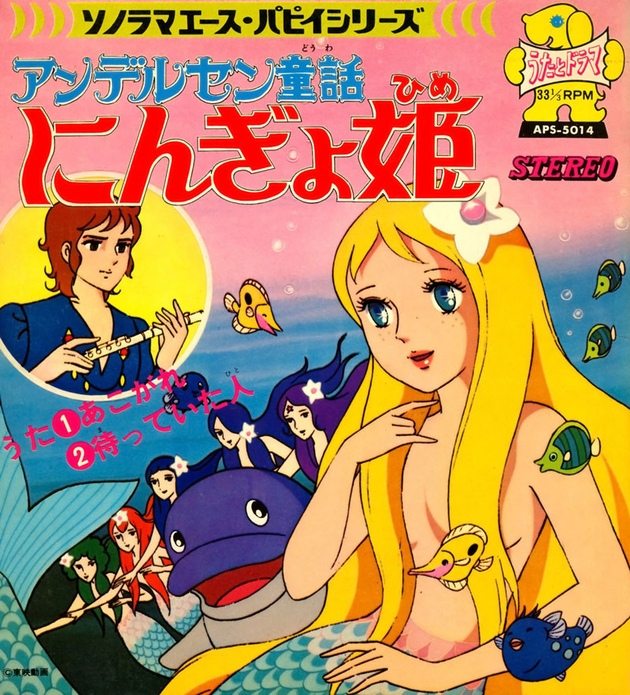 The Little Mermaid
Toei Animation, 1975
Toei’s film follows the Hans Christian Andersen version of the story, which is extremely different from and, in my opinion, more powerful than the Disney adaptation. I will admit that the English dubbing is rather cheesy at times, but, hey, it’s anime. (83 min.)

Aladdin
Disney, 1992
Although this movie didn’t break new technical ground, it’s one of the last really memorable 2D Disney musicals overall (along with “The Lion King” in 1994). The scene with the song “A Whole New World” is one of my favorites in a Disney musical. (90 min.)

Toy Story
Pixar, 1995
Who doesn’t love this movie? As the first feature-length computer animated movie, it started a new era of animation and definitely set the bar high. (81 min.)

Skhizein
Dark Prince, 2008
This short effectively captures the feeling of being outside yourself, literally. The aesthetic is very unique, lingering between realistic textures and flat cartoon shading. By no means is this a comedy, but it handles a rather dark subject in a charming way without being irreverent. Impressive. (13 min.)

Western Spaghetti
PES, 2008
This stop-motion short is just brilliant. You really believe the cook is making spaghetti with inedible objects because the sound design, along with the seamless animation, sells it. (1:42)

Up
Pixar, 2009
“Up” was the first animated film to open the Cannes Film Festival and the first film to be nominated for both the Best Picture and Best Animated Film Oscars. “Up” represents a transition point when mainstream audiences began to recognize animation is a valid storytelling medium and more than just for kids. Its colors and textures are rich. (96 min.)

Big Bang Big Boom
Blu, 2010
Imagine how many drawings it takes to make an animated short; now imagine each of those drawings is a giant mural painted on a wall, and you have Blu’s work. Blu is an anonymous street artist who creates massive graffiti animations, using a stop-motion technique. It’s awe-inspiring to see how he cleverly uses the city as his canvas. The animation isn’t limited to the walls but travels along pipes, scuttles along the sand, and interacts with surrounding objects. (10 min.)

A Liar’s Autobiography: The Untrue Story of Monty Python’s Graham Chapman
Bill and Ben Productions, 2012
This film uses 17 different animated styles, created by 14 different animation companies, to portray each (untrue) stage of Chapman’s life. This could’ve turned out messy but works beautifully, as the style of each chapter matches the mood of that particular part of the movie. Despite its humor and delightful imagery, the film offers a tragic story, and I love films with conflicting tones. (85 min.)

It’s Such a Beautiful Day
Don Hertzfeldt, 2011
Don’t be deceived by the stick figures: This trilogy of short films seems simple, like most of Hertzfeldt’s work, but packs so much emotion. It’s definitely funny, while also posing deep existential questions. His pleasant narration, the way he mixes live action footage and pencil animation, and the overall experimental style of this film together make this a breath of fresh air.