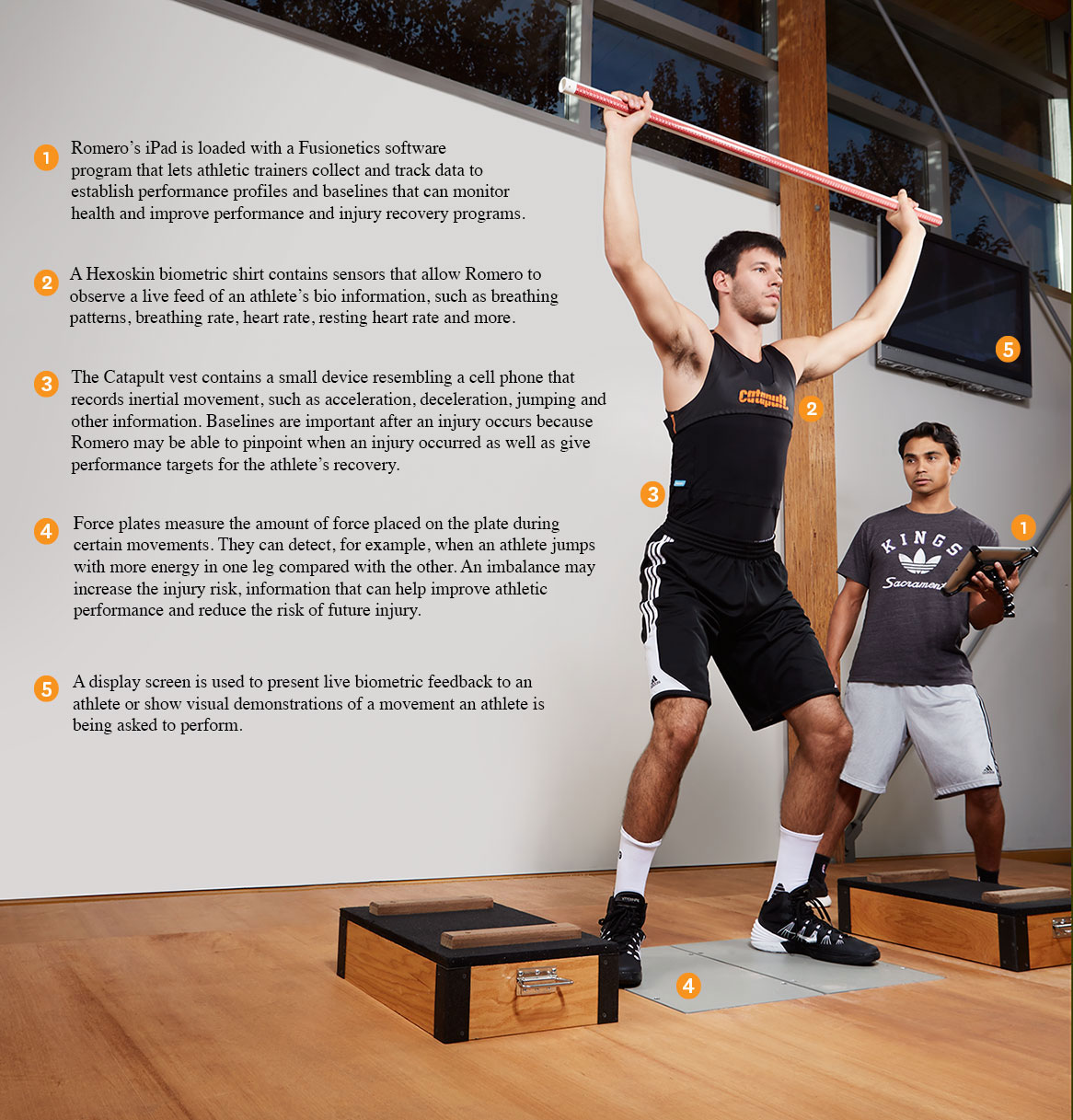 Manny Romero ’97 probably knows more about the Sacramento Kings players than their agents.

As the NBA team’s head athletic trainer, he runs the team through an array of biomedical information gathering using cutting-edge monitoring technology to prevent injuries and improve injury recovery times.

Romero spends about 70 percent of his week working with the athletes. Romero also has a seat on the Sacramento bench during games. He studies the players’ movements, closely watching those recovering from injuries and looking for abnormal movements that may signal small injuries or fatigue. The Kings are perennial leaders in fewest games lost due to injuries. Romero holds a master’s degree in exercise science and a Ph.D. in athletic training. As a biology major at LMU, Romero took courses in biology, biochemistry and physics. That’s where he learned to think critically and solve complex problems, he says. Professors Philippa Drennan and John Waggoner were his mentors. “I wasn’t their strongest student, but they always encouraged me,” he remembers. “When things were hard, they always said, ‘You can do this.’ ”

We asked Romero to describe some of the tools he works with to improve the performance of his players.