June 9, 2014: It’s late afternoon, a few hours before dusk. The temperature is topping 100 degrees. My colleague, John Carlos Frey, and I arrive at the southern boundary of Brooks County, Texas, deposited by our television producers on a gravel road into private ranchland, to experience firsthand the treacherous journey toward the American dream undertaken daily by about 1,000 migrants from Central America and Mexico. This precarious trek is my chance to understand why so many migrant men, women and children perish here while entering this country.

This little-known 880,000-square-mile county located 70 miles north of the border is a virtual deathtrap of deep-sand mesquite brush that has become the epicenter of migrants’ deaths in the United States. Led usually in groups of between 8 and 15 by drug cartel guides known as coyotes or polleros, migrants have paid up to $10,000 each to circumvent a Border Patrol checkpoint on Texas Highway 281, the only road into the U.S. interior from this sector of the Rio Grande Valley. A 40-mile trek through the brush stands between the migrants and their dream. At the journey’s end, a waiting car will take them to a nearby city — Houston, maybe, or San Antonio. More than two-thirds of these border-crossers are refugees from Honduras, El Salvador and Guatemala who are fleeing persecution by organized crime and economic desperation. Brooks County is the last and most deadly leg of a long, perilous journey to, they hope, a better life.

Within the first hour, I am quickly dehydrating in the extreme heat and high humidity. John and I carry three gallons of water each; migrants typically share one gallon among three. Everything around me seems to bite or sting: the inch-long thorns on the mesquite trees, the carpet of stickers on our clothes that pierce through the fabric, cacti, mosquitoes. I must watch for rattlesnakes. I start to feel paranoid, as if I am being hunted. Hearing a distant vehicle, I run into the brush, abandoning my partner. 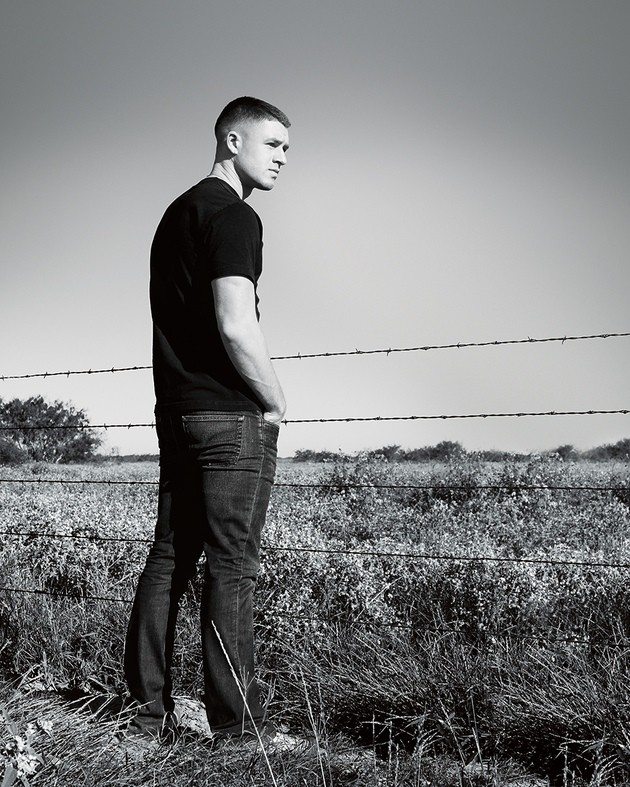 This is how it happens, I realize. This is how people get separated and become hopelessly lost. They panic, their group scatters, and they get lost in the brush, wandering aimlessly, until they die of heat exhaustion. Between 2011 and 2013, the remains of 296 migrants were discovered in Brooks County, although this number is estimated to represent as few as 10 percent of those who perished here. If I were to die here, my body would skeletonize quickly, unlikely ever to be found.

From nightfall to daybreak, we hear the haunting sound of migrants rustling quickly through the brush. In the morning, the abandoned belongings we find among the footprints tell stories about those who journey here: wallets and personal identification cards, costume jewelry from a woman who wore her best, children’s winter coats, piles of empty energy drink bottles and broken water jugs painted black to deflect light, strategically placed stockpiles of provisions awaiting coyotes.

Three lost young men from Central America approach us. They have fled their home countries to escape violence and provide a better life for their children. They are drinking brown water from a cow pond, having wandered for three days after their coyote abandoned them. They actually think they are walking to Houston, more than 275 miles away. We give them our life-saving water before parting company. From then on, I observe firsthand the effects of heat and dehydration. John becomes confused and agitated. Even though I am guiding us in the right direction by following power lines, he becomes disoriented every few hundred meters. As heat exhaustion sets in, John gets angry and frustrated, and nothing I say can calm him down or convince him that we are heading the right way. I watch fat vultures circling overhead as my friend is painfully succumbing to the elements.

Although I am physically fit and complete the journey, I feel a part of myself dying along the way. By putting myself in the shoes of migrants and experiencing this hellish obstacle course that is their introduction to the United States, I am overcome with a sense of shame and humiliation that I have never felt before. This inhumane journey has denigrated me. Does anyone deserve this? Is this my country’s test that migrants must pass to share in the freedom and opportunity she provides? If other Americans could feel what I am feeling, the pain of human suffering and fragility of human life, would there be an urgency to find a solution?