Former Lion shortstop David Fletcher remembers a series of firsts from his rookie season as a Los Angeles Angel. 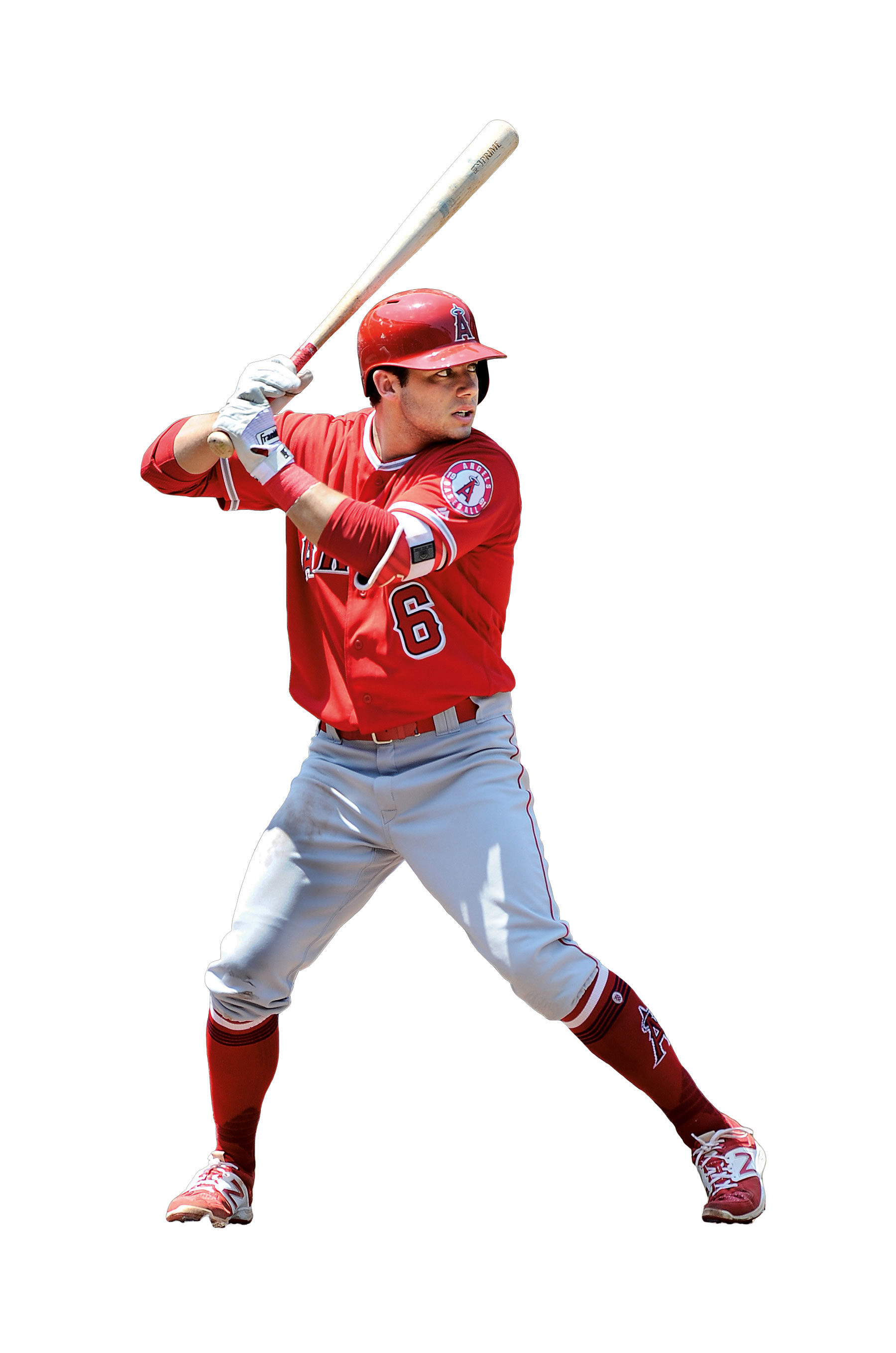 For two seasons, David Fletcher was an anchor in the Lions’ infield and a hitting machine at the plate. In the 2014 season, he was named a freshman All-American by Baseball America and Collegiate Baseball. He not only made the first-team all-WCC (and the all-freshman team), Fletcher was named the conference Defensive Player of the Year. His fielding percentage was .967. He batted .329 and notched a 15-game hitting streak. In 2015, he batted .308 and again was a first-team all-WCC shortstop. His LMU career ended when he was drafted in the sixth round of the 2015 MLB draft by the Los Angeles Angels. In 2018, he took his place on the Angels’ roster as a utility infielder. We talked to Fletcher in the off-season to ask him about some of the “firsts” a ballplayer experiences while taking his earliest career steps. He was interviewed by Editor Joseph Wakelee-Lynch

First time you put on the Angels jersey?
I remember putting on the jersey for the first time in Seattle. It was surreal.

How did you feel when you were handed your first Angels paycheck?
It symbolizes more than the paycheck. We get paid in the minor leagues, and you get a signing bonus, but there’s something different about getting your first paycheck in the big leagues. You’re getting paid to play a game that you love. I was sitting at my locker in my home clubhouse in Anaheim. They passed out checks there.

First time someone said to you, “Fletcher, you’re going up to the major leagues”?
I was in Salt Lake City in June 2018 with our Triple A team, the Bees. We had an off-day that day. I was sitting by the pool with a family that I lived with. I got a call from the manager, who said, “You’re going to the big leagues.” I had a flight in two hours, so I had to pack my stuff quickly and get to the airport. I got to the clubhouse in Seattle at 6 p.m., and the game was at 7. But I didn’t play that game. The next day was the first game I played in.

Were you surprised?
I wasn’t really surprised, but it’s definitely something that you can’t prepare for.

First time you saw yourself on a highlight reel?
That happened in Seattle after my first game. There was a big play at the plate. I covered home plate. That night, I was sitting in the hotel room watching TV, and I saw the play pop up. That was pretty cool, a surreal moment, to see myself on TV.

First time you were assigned a task on the team that rookies are expected to do?
Whoever is the newest guy to get called up has to fill up a grocery bag full of water bottles and bring it on the bus on the way to the airport. The guy who did it before me — I don’t remember who it was — came up to me and said something like, “Hey, thanks. I’m glad you’re here.” I did that only for a couple of weeks because someone else came up from the minors soon after.

First time you were called into a manager’s office because you made a mistake?
You don’t really ever get called into a manager’s office, unless you’re getting sent down from the big leagues or sent up. A manager wouldn’t usually call you to tell you about a mistake you made during the game. Someone might tell you in the dugout, but most of the time a player already knows what he did wrong.

First time you committed an error?
I made two errors last season. One was at third, and one was at second. The one at third happened in my very first game. There was a bunt, and I bare-handed it and threw to first. It short-hopped the first baseman, and the runner was safe. They gave me an error for that. Luckily, we got a double play on the next pitch. I think it was two months before I made another error.

“Every day driving to the stadium reminds me of how lucky I am not only to be in the big leagues but also with my home town team.”

First time you signed a kid’s autograph?
I usually sign some autographs before a game, so it was probably on my first day in Seattle. I had been in big league spring training for two years, so I had signed a lot of autographs already.

First time you faced Clayton Kershaw?
The first time I faced him was in spring training at our field. He struck me out on a curveball. The next time I faced him was during the season at Dodger Stadium. I think I went 1 for 3 and hit a double in that game. Facing him in spring training definitely helped when I faced him in mid-season. When you see a pitcher more than once, you get familiar with what they throw. His curveball is pretty unique, and the depth he has on it — the drop — is different than with other pitchers.

First time a pitcher talked to you from the mound during an at-bat?
No one has ever done that. It would be pretty strange. I wish they would ask me what pitch I wanted to see.

Where did you hit your first home run, and did your teammates give you the silent treatment when you got back to the dugout?
That was a game at home. I led off for our team in the bottom of the first. It was a 1–0 fastball, and I hit it to left for a homer. James Paxton, of the Seattle Mariners, threw it. I’m not a power hitter, but I tried to get a good swing and drive the ball. I had a pretty good idea that I hit it well. When I got to the dugout, my teammates didn’t give me the silent treatment because I’m a little guy, and I might not hit another one! So, I think they felt they might as well congratulate me.

First time you were announced over public address system as a starting player?
Again, that was in Seattle. We go out to left field before the game to warm up, to get some extra stretching in. I remember them announcing the lineup and putting my picture on the scoreboard. It was my first game in the big leagues, so everything was pretty cool to me.

Did you look?
I think I did, yeah.

First time when you’re at the plate in the bottom of the ninth and your team is behind with two outs and you know that if you make the third out your team loses?
That happened against the Dodgers. We were down by one with a runner on third. I was facing Kenley Jansen. I got a hit, and the runner scored. I ended up scoring the winning run on a base hit to right and an error, and we won.

First time you drove up to Angel Stadium as a player, parked your car, got out and thought about having made it to the big leagues?
Every day driving to the stadium reminds me of how lucky I am not only to be in the big leagues but also with my hometown team. I grew up here. It’s definitely special driving up to the stadium.