This past spring, LMU’s Thomas and Dorothy Leavey Center for the Study of Los Angeles surveyed 60 of the 88 local mayors and 2,400 residents to assess their view of Los Angeles, the state and the nation. Partnering with CSLA, Beacon Economics issued a forecast of economic trends for the city, state and country. Together, the reports make up “Forecast LA,” which paints a hopeful regional picture of Los Angeles at the neighborhood, city and county levels.

The survey examined residents’ views of the economy, housing affordability, income disparities, unemployment, household income, and the quality of city and county services.

One of the most interesting results became evident when L.A. County residents were asked if things are going in the right direction in their neighborhood, city and region/county. Those surveyed are more optimistic about areas closer to home. Also, those who identify as liberal are more positive about the direction of the county and region than are those who identify as conservative. Last, although majorities in all ethnic groups surveyed believe the country and region are going in the right direction, some differences of degree were notable, with Asian Americans being the most optimistic and whites the least.

Finally, the optimism felt by majorities stopped at the California border. Most respondents are hopeful about the state’s direction, but the majority thinks the opposite about the nation’s direction.

“Angelenos have a pretty strong sense of the economic realities facing our region, and they expect things to improve this year,” said Fernando Guerra, director of the Leavey center and professor of political science. 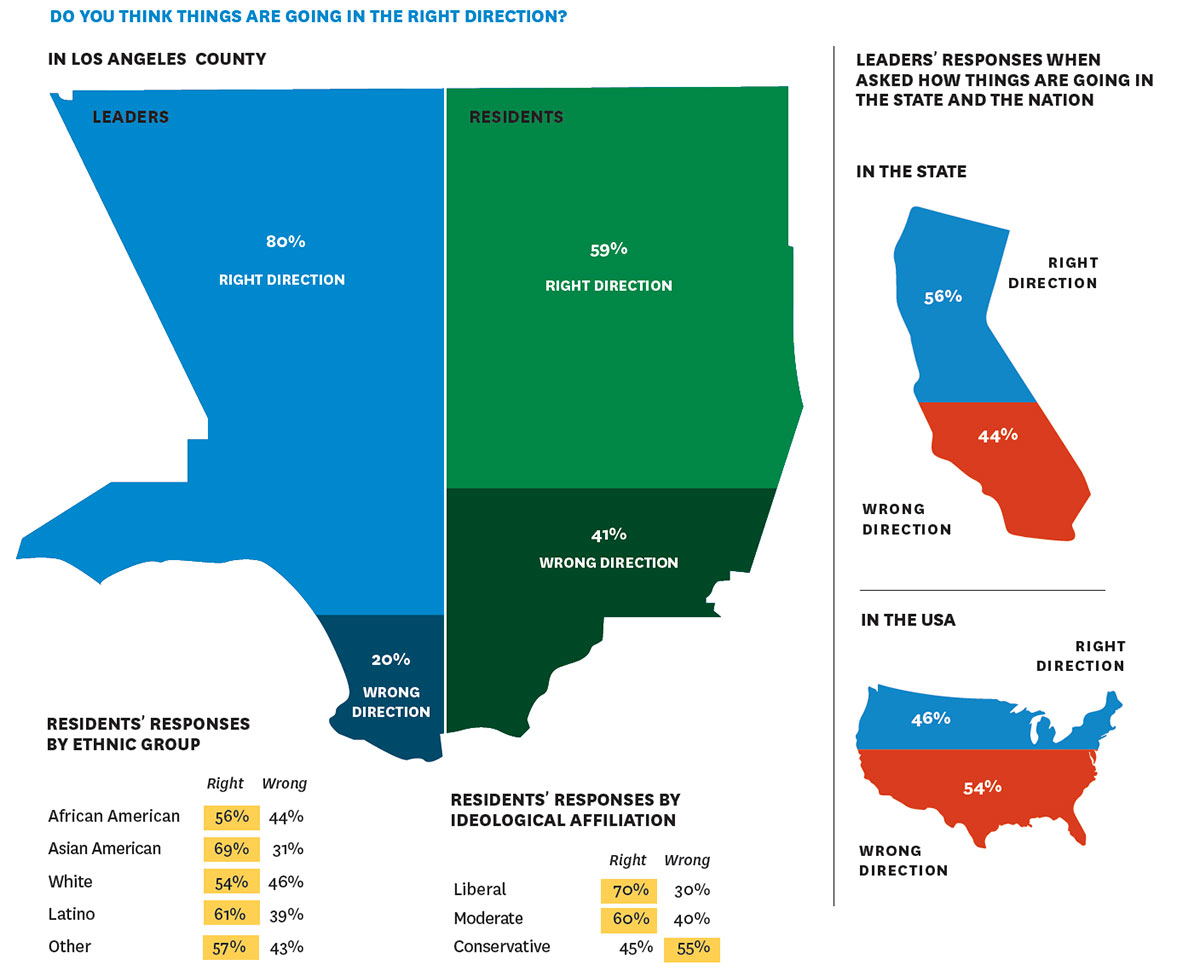