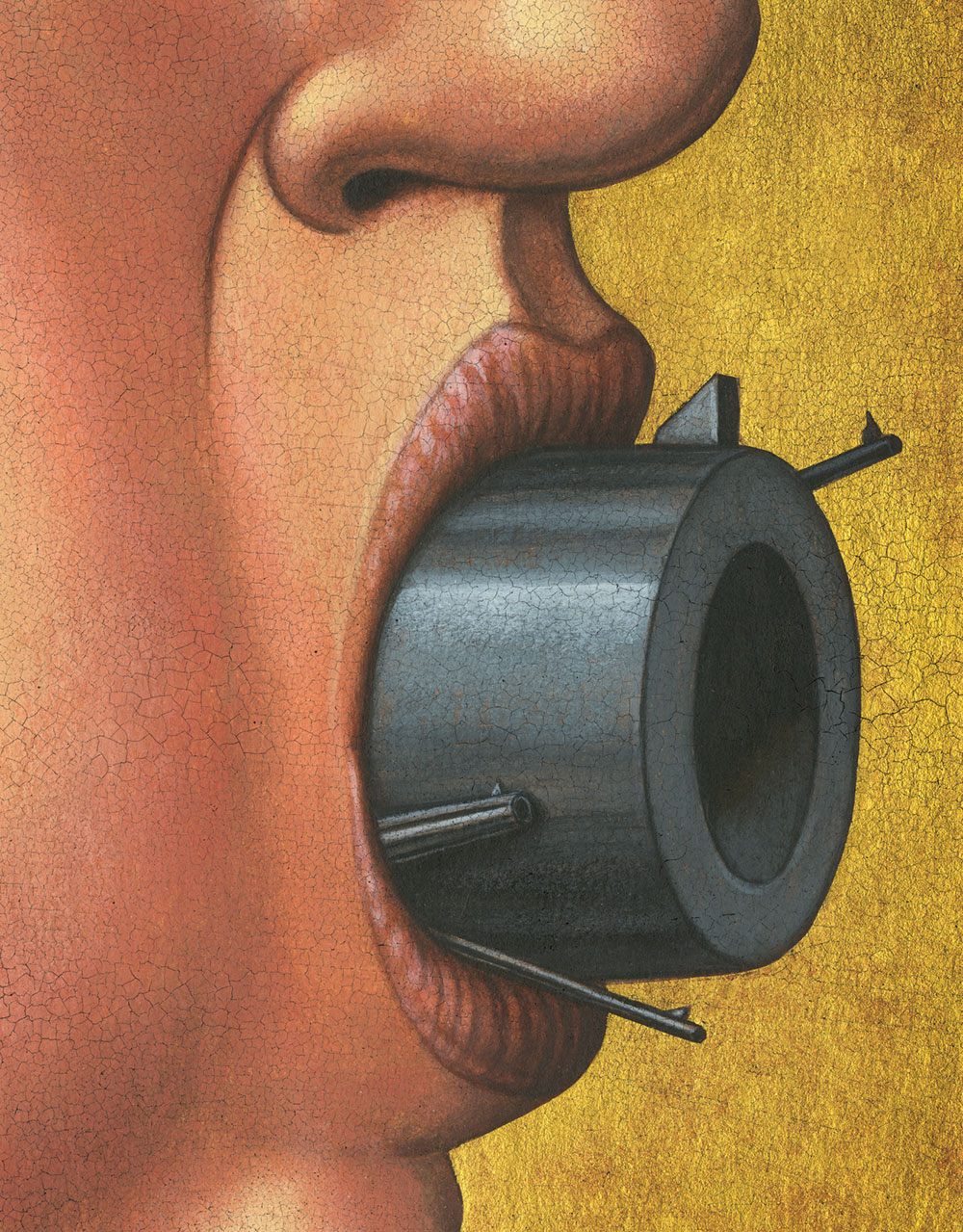 For our series on The Seven Deadly Sins, Oliver de la Paz writes about gluttony.—The Editor

368 of My Father’s Dress Shirts
Row after row of clean, pressed, button-down shirts festoon the walk-in closet. Some are polyester. Some are cotton. Of the shirts, 108 are short-sleeved. The rest — long-sleeved dress shirts. The kind you’d wear with a blazer or a tie. My mother and I constantly harangue him about downsizing the closet, giving a few shirts to Goodwill or the Salvation Army, packing a few in a balikbayan box and sending them off to the Philippines where he was born and where he was raised, poor, filled with want, with only a few garments to his name. It’s a difficult proposition — getting my father to acknowledge now there is no need — truly no need for all of it. In his mind he imagines the possibility of each day being special, requiring its own shirt. Each day urging him to present himself to the world in a collar, stiffened with light starch, his cuffs buttoned just so.

108 Pairs of My Father’s Tube Socks
My father gives them away, stuffing grocery bags full and handing them to me. Recently he purchased a 12 pack of black Nike athletic tube socks. On the dresser, a similar unopened package of black Gold Toe. I know after he gives me these socks he will go back to the store and purchase more — ankle socks, dress socks, insulated socks, socks he will wear once then foist on me. After, he will feel cold — chill rising up from his feet to his brain. That chill unlocking something deep within him. Telling him to walk. To put on his shoes. To go to the store and buy more so he can move — so he can pull a new pair up to his knees, put on his shoes and run so far away from his past that it can never ever catch up to him.

151 Issues of National Geographic Magazine from December 1973–June 1986
Their yellow spines poke out from under the bed. More yellow covers: haphazard in the office, bedroom, and atop cushions of the divan. Boxes of them labeled and stacked in the garage, carried from one home to another home to another. He has kept them all as a testament to his ambition — his want of seeing the world. With his first paycheck from his job in the Transamerica building, he bought his first subscription. Was it the status of the magazine that intrigued him? Was it the possibility of seeing the forests of Borneo or hearing glaciers calve while standing on the deck of a research vessel? Did he wander to the newsstand outside of the skyscraper where he worked, pick up a magazine, riffle through its glossy pages to find the subscription tab, tear it away, and dream of flying low above the plains of Nebraska in a crop duster, saying this — this was all his, windborne, new, and as open as the bright horizon ahead? Did he hunger for this? Was this what stirred his appetite to possess it? Possess all the possibilities? To be whomever he wanted to be? Crisply dressed, bold, with tickets in hand for the next life?

Oliver de la Paz ’94 has published four volumes of poetry including “Post Subject: A Fable.” A graduate of the Frank R. Seaver College of Science and Engineering, he is a professor at the College of the Holy Cross in Worcester, Massachusetts, where he teaches creative writing, poetry and Asian American literature.

More on The Seven Deadly Sins

Return to Virtue Reality by David A. Sánchez