No subject, or politician, is sacrosanct from a jokester’s wit, and some of the most memorable comedians have wielded the sharpest skewers. But among the funniest usually are those who see a human experience that they, we and their targets share. What’s funny tends to come the from heart and reside there long afterward. We asked Jim McDermott, S.J., screenwriter and comedy connoisseur who has taken his own courageous turn at stand-up, to share 10 of comedy’s best at feeding our spirits while seeing the lovely foolishness of our humanity.

1. Jon Stewart
As host of “The Daily Show,” Jon Stewart had the unique ability to move effortlessly between piercing, insightful critiques of government and media and absolute silliness. He provided a platform and a voice for many Americans’ frustrations, but underlying that was a deeply idealistic belief in the American project. He challenged people — especially people in power — to look beyond themselves and make things better.

2. Lucille Ball
“Lucy” was in many ways the successor of Chaplin’s Tramp, another wide-eyed innocent thrown in way over her head. She made a playground of post-war viewers’ ordinary lives, their experiences of shopping, work, anniversaries, pregnancies, marriage and family. And her life, always the carnival funhouse mirror version of our own, invited viewers to see the world as a funny, surprising and ultimately hopeful place.

3. Monty Python
Much of the comedy of Monty Python came from the most nightmarish and inhuman aspects of modern society — government bureaucracy, middle class prejudice and callous, absurd authorities. Yet the Pythons’ sketches never seemed to sit in judgment. Like the Christian God whom they took such great pleasure in sending up, they found in our admittedly flawed humanity occasion for delight.

4. Louis C.K.
Louis C.K. looks like that schlubby guy who lives next door and talks like the priest you wish you had at your parish. Both in his routines and his groundbreaking sitcom “Louie,” C.K. explores our absurd sense of entitlement. But his comedy always feels less like an attack than a liberation. Holding up the mirror, C.K. offers us the possibility of release.

5. Tig Notaro
In 2012, comedian Tig Notaro began a show with “Hello. I have cancer. How are you?” In 2015, she did part of her HBO special topless, revealing her double mastectomy. In lesser hands, those moves might have seemed like stunts. But Notaro has always been interested in vulnerability, in putting herself in the hands of her audience. Her act is an expression of profound trust.

6. Dave Chappelle
You’d be forgiven for thinking Dave Chappelle was a poet or philosopher rather than a comedian. There’s something lyrical about his speech, and a patient thoughtfulness to his comedy so unlike the setup/punch line slash-and-burn of conventional stand-up. Whether his topic is Donald Trump, dating or Black Lives Matter, to listen to Chappelle is to be reminded that the world is endlessly interesting and worthy of our attention.

7. Bill Murray
Bill Murray has a dazzling résumé of achievements. (Four words: “It’s in the hole.”) But his greatest comedic performance may be the way he’s living his life. Random appearances at college parties, karaoke clubs and kickball matches have turned Murray into our nation’s favorite uncle, someone who reminds us that the here and now can be hilarious and magical.

8. Bill Watterson
Bill Watterson’s long-running “Calvin and Hobbes” is one of the funniest and most insightful comic strips ever. In Watterson’s hands, the world of a creative-if-generally-awful child and his wise imaginary tiger offered not only side-splitting takes on life (and disturbingly hilarious snowman tableaus) but a constant invitation to stop, step back and take the time to wonder at the treasure all around us.

9. David Letterman
Like his mentor Johnny Carson, David Letterman, though a little more wacky than the affable comedian from Nebraska, shared with Carson a great warmth and sense of decency at the heart of his act. More than jokesters, they were friends viewers came to for a little respite from the world and turned to in times of crisis for a word of truth, common sense and humanity.

10. Amy Poehler
The foundational principle of the improv comedy that Amy Poehler developed at the Upright Citizens Brigade is generosity. Take what you’re given, find something there to celebrate and build upon it. And whether as co-anchor of SNL’s Weekend Update, the radiantly idealistic Indiana parks supervisor in “Parks and Recreation” or award show co-host with Tina Fey, that’s Poehler to a T — seeing the good and highlighting it. 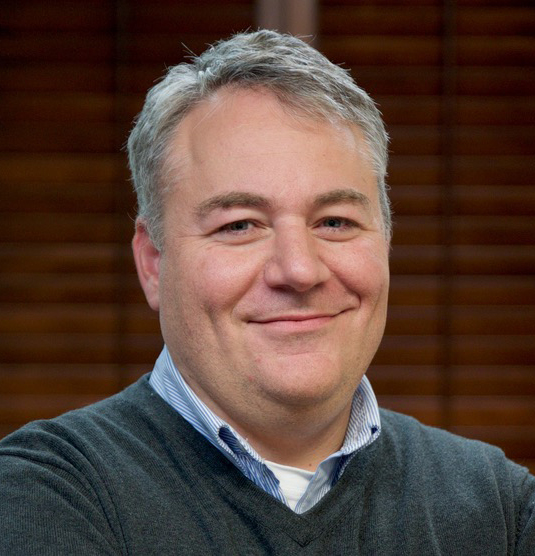 Jim McDermott, S.J., is a contributing writer and West Coast correspondent for America Magazine, a weekly Jesuit magazine. He writes frequently about art, culture, religion and politics and has written for a television sitcom. As a Jesuit in residence at LMU, McDermott, a screenwriter, gives talks to faculty and staff on religion and pop culture for the LMU Center for Ignatian Spirituality and occasionally celebrates Mass at Sacred Heart Chapel. Follow him @PopCulturPriest.