“Gone With the Wind,” an iconic movie about the U.S. South was filmed not in Georgia but almost entirely in Culver City. But the South’s influence on Hollywood was anything but a fiction. Black and white southerners migrated to Los Angeles by the hundreds of thousands during the first half of the 20th century. Along with talent, they brought Southern customs and attitudes that shaped the nation’s entertainment Mecca from its silent era to its golden age, and parts of their culture were reflected, for good and ill, in the film industry’s mirror on America.

“I’ve got gold dust at my feet/
On the sunny side of the street.”
If talent were the only thing that mattered in Hollywood, Marie Bryant would be a household name.

Gene Kelly and Duke Ellington, stars whose talents have never been questioned, acclaimed Bryant with the highest praise. MGM musical star Kelly raved that she was “one of the finest dancers I’ve ever seen in my life.” And Ellington, who had known Bryant since the earlier days of their performances at the Cotton Club in New York and on Ellington’s national tours in the late 1930s, called her “one of the world’s great dancers.” Popular cabaret performer Bobby Short, a close friend for many years, likewise marveled at Bryant’s talent. “She was all bubbles,” he said. “So much fun and so down. And funny. And yards and yards of talent. A wonderful singing style and danced beautifully.”

These talents are on abundant display in “Jammin’ the Blues,” a short film made at Warner Bros. by the experimental photographer and filmmaker Gjon Mili in 1944. Amid a jam session of jazz musicians, including the tenor sax master Lester Young, Bryant sings “On the Sunny Side of the Street” with a moody lilt. Then the band breaks into the up-tempo title song, “Jammin’ the Blues,” and Bryant bursts into action with dancer Archie Savage, matching saxophone and trumpet solos with the kinds of high-flying jitterbug moves only the fortunate few have ever been able to pull off. It is an expression of uninhibited and pure joy, the dancers’ bodies moving in exuberant, dark silhouette in a style worthy of classic film noir.

“Jammin’ the Blues,” a landmark film in the portrayal of music and dance that influenced movies and, much later, music videos, was selected for inclusion in the National Film Registry in 1995. Bryant, however, is a largely forgotten figure in film history. For when she arrived in the early 1940s, Hollywood was segregated. And she was black.

Between 1900 and 1950, the African-American population of Los Angeles increased from a mere 2,100 to 170,000. Virtually all of these migrants came from the U.S. South, where racial segregation — known commonly as “Jim Crow” — had become both legal policy and unofficial custom. White Southerners migrated to Los Angeles at more than twice this rate, and by the later decades of the 20th century, the Southland had become home to about a million Southern migrants. These people helped shape the history of Southern California in economics, labor, politics and culture. And the contributions of black and white Southerners to the American film industry were significant and sustained. Indeed, it is impossible to fully understand classic Hollywood, let alone grapple with our seemingly intractable 21st century issues of race, region and history in and beyond the industry, without taking this highly mobile Southern history and culture into account. 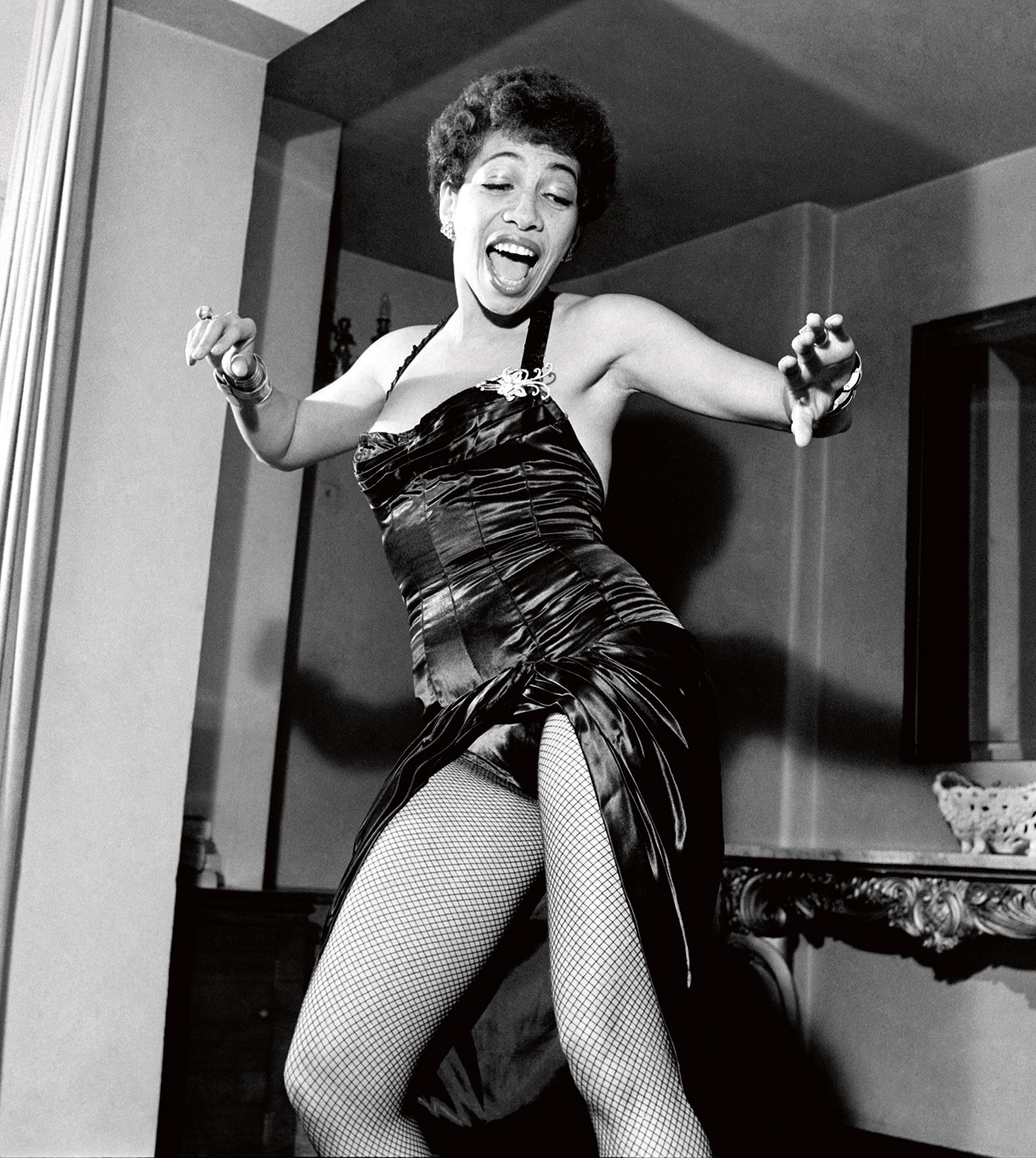 Bryant’s hometown was Meridian, Mississippi, a manufacturing and lumber town of 25,000 people a few miles from the Alabama border. Jim Crow segregation was a crushing reality in Meridian, exerting a powerful force on the daily lives of its black residents and hovering like a threat that could destroy them at any moment. After an incident in which the young Bryant punched a white boy who called her a “nigger,” her mother and father — a railroad employee — understood that leaving town was their only option. Two days later they were traveling west. With economic forces pulling them out of the region, and threats of racial violence pushing them out, countless black migrants had similar experiences, and they made their way to the expanding industrial cities beyond the South.

Meanwhile, white Southerners who had made early inroads in the film industry were arriving in Los Angeles as well. D.W. Griffith, a Kentuckian whose father had been a Confederate officer, was perhaps the most important figure in the silent era; he came to Los Angeles for his first filmmaking junket in 1910. Cecil B. DeMille, who hailed from a family proud of its North Carolina roots, would have an even longer career stretching into the late 1950s; he arrived in 1913. From Virginia to Texas, other filmmakers soon followed: King Vidor, Tod Browning, Henry King, Clarence Brown, Merian Cooper, Howard Hughes, Walter Lang. With them came Southern-born producers, writers, actors, musicians, laborers and so on.

Griffith in particular longed for an opportunity to shape modern views of the South through his filmmaking. Among his many early films, he produced a series of one-reelers portraying the glory of the Old South, the loyalty of the slaves and the honor-in-defeat of the late Confederacy. Successful as they were, however, these Civil War melodramas were mere preparation for his epic 1915 production, “The Birth of a Nation,” which celebrated the rise and heroism of the Ku Klux Klan, and whose enormous, unprecedented profitability set the mold for studio-era production practices in everything from the portrayal of lynchings in movies (which would proliferate by the hundreds in subsequent decades) to a variety of marketing and distribution strategies. For a young Louis B. Mayer, then a film exhibitor in Massachusetts, the earnings from his exclusive distribution rights to “The Birth of a Nation” in New England provided the capital with which he built his own production company that eventually grew into MGM, the largest and most profitable studio in the industry. Griffith’s Southern fantasies were, indeed, the basis of major American film institutions.

And the studios, like the modern South itself and much of the federal government during and after the presidency of Virginia-born Woodrow Wilson (a great fan of “The Birth of a Nation,” too), developed into highly efficient industrial models of segregation. “Hollywood was more segregated than Georgia under the skin,” recalled the Florida-born Lincoln Perry, who, as Stepin Fetchit, had been the highest paid black actor of the 1930s. As Perry and countless other black performers quickly learned, they had to accommodate themselves to the racist caricatures of the day if they wanted steady employment.

In historian Donald Bogle’s taxonomy, the film roles for blacks were limited to “toms, coons, mulattoes, mammies and bucks.” When black actors were celebrated for their work, as in the case of Hattie McDaniel’s Oscar-winning role as a loyal slave in “Gone With the Wind,” they also understood that their success was a mixed blessing: It only reinforced the limitations of the racial caste system in which they lived and worked. “I can be a maid for $7 a week, or I can play a maid for $700 a week,” McDaniel said on more than one occasion. She tried to make her peace with Hollywood’s segregation by pointing out, quite accurately, that segregation severely curtailed black employment opportunities outside the studio gates as well. 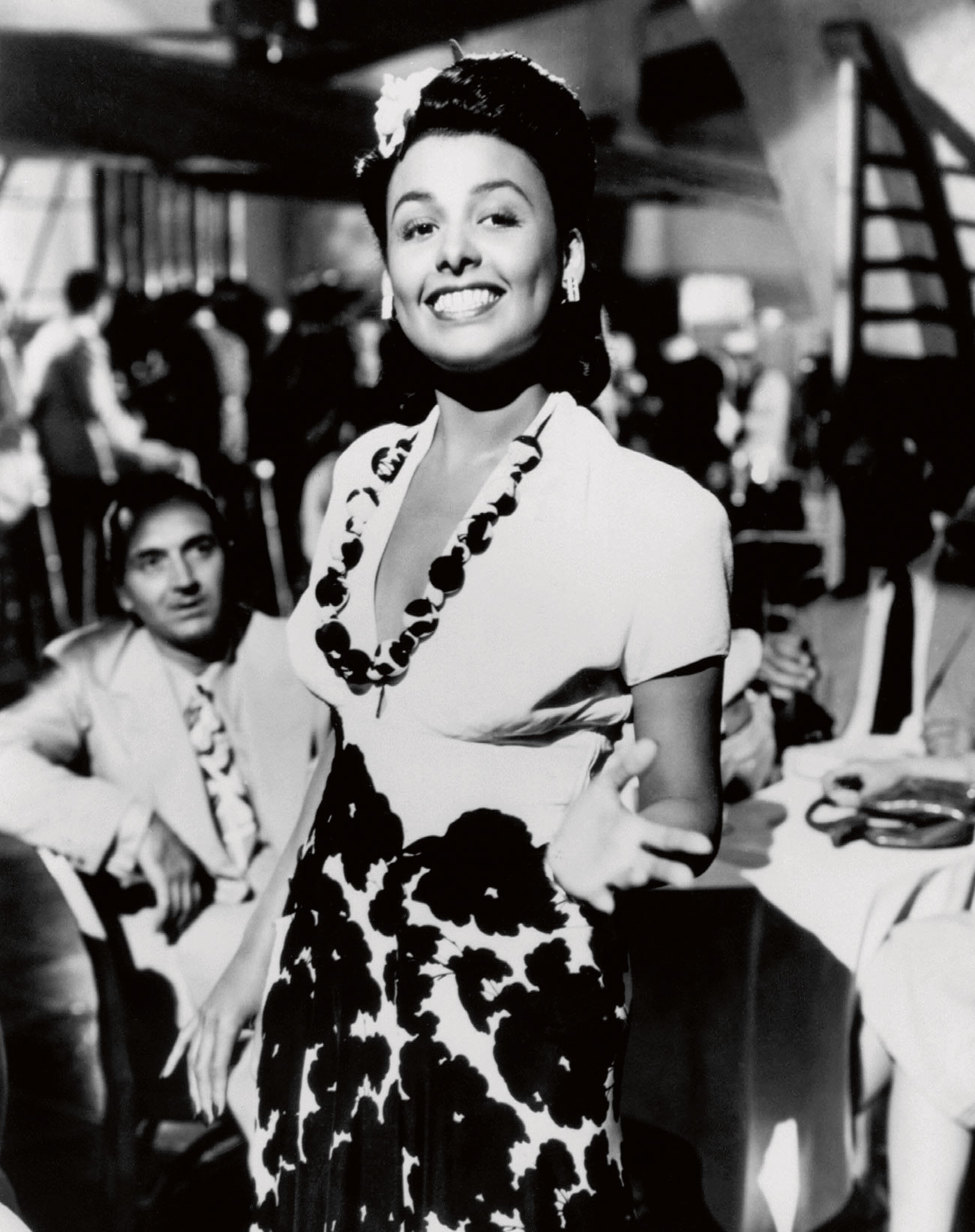 The younger generation of black talent in Hollywood, represented by Bryant and, more visibly, by figures such as Lena Horne and Dorothy Dandridge, set out to succeed in a system that had proven hostile to progressive racial views in the past.

Horne broke barriers at MGM in 1942 by negotiating a seven-year contract that guaranteed she would never be cast as a maid. But this seeming triumph made her something of a problem, as the studio proved incapable of casting her in straightforward dramatic roles. Instead, she appeared in a series of minor singing roles in otherwise entirely white-cast films, her scenes filmed and edited carefully so that they could be removed by censors in parts of the country where an attractive black woman without a bandana on her head represented a threat to white supremacy. In cities such as Memphis and Atlanta, these MGM films were regularly screened without Horne’s scenes. “The white people don’t want to see her,” insisted Lloyd T. Binford, the notorious chairman of the Memphis Board of Censors. “They put her over everybody else.” And thus, like McDaniel and everyone else in the business, MGM accommodated itself to the enduring national influence of Jim Crow.

Can we imagine what a truly integrated American cinema might have looked like in the era of the Hollywood studios? In 1942, Walter White, executive secretary of the National Association for the Advancement of Colored People, traveled to Hollywood to advocate for more progressive treatment of African Americans on film. In response to Twentieth Century-Fox chief Darryl F. Zanuck’s sympathetic suggestion that they appoint a black film censor to excise offensive images and language, White remarked that the problem was not “so much that of deletion as it is of getting moving pictures to present the Negro as a normal human being and an integral part of human life and activity.” Two decades into the 21st century, it is difficult to imagine a simpler, more straightforward vision than this one: Treat a human being like a human being. And yet, from the individual to the communal to the institutional to the corporate to the political, this dream often appears impossibly elusive, while new eras reveal new fronts for the battle. Perhaps this is the ultimate measure of Jim Crow’s tenacious legacy, which reaches far beyond the South in our time.

Bryant appeared in a half-dozen Hollywood films in the late 1940s, usually dancing or singing in a single scene, and made a few isolated appearances, in similar roles, in independent films in the 1950s. Her most enduring contribution to the cinema, however, was behind the camera. As a freelance dance instructor, she trained many of the top stars in the studio system. In the movements of her students Cyd Charisse, Vera-Ellen, Ava Gardner, Paulette Goddard and Betty Grable, the highest-salaried woman in the United States in the late 1940s, Bryant’s contributions to film were simultaneously displayed and obscured. Unable to have a comparable screen career of her own, she taught dance for many years and performed in stage musicals on Broadway and elsewhere, where race was a smaller hindrance. She died in 1978.

Like so many other migrants and civil rights marchers, Horne also voted with her feet. She walked away from Hollywood when she realized, in the early 1950s, how deeply she wanted to commit herself to the cause of racial equality. A long career in live and recorded music followed, but she also fashioned herself into a very visible and public participant in the civil rights movement and subsequent battles for freedom and justice. In doing so, she made perhaps her most lasting contribution to the Southern culture, and the media culture, that still shape America.

Robert Jackson is professor of English at the University of Tulsa in Tulsa, Oklahoma, and the author of “Fade In, Crossroads: A History of the Southern Cinema.” His work focuses on interdisciplinary connections among literature, film and media, and social history in modern American culture. Along with his work on the South, he has been interested in the history and culture of Los Angeles since his time as a graduate student at LMU. Contact him at bobjackson@utulsa.edu.