By our ships lies a dead man — unwept,
Unburied — Patroclus. I’ll not forget him,
as long as I remain among the living,
as long as my dear limbs have motion.
If down in Hades men forget their dead,
even there I will remember my companion.
—The Iliad, Book 22

There was a time when tattoos were the renegade's insignia. Today, the lines are blurred. On one hand, a tattoo may mark one's gang affiliation; on the other, a marquee professional athlete without one, or several, is rare. Soldiers' tattoos often proclaim their unit or where they've served. But some vets now etch onto their bodies the names and dates of death of fallen comrades. Memorial tattoos are the symbols of the comrades and stories that veterans refuse to forget.

Andrew Ranson ’98 says tattoos are not permanent enough for him. The canvas, skin, eventually goes the way of all flesh, into the ground. Steeped in the study of history, Ranson is documenting a particular kind of tattoo: memorials that honor fallen comrades. He wants to preserve the names of soldiers and the stories of their acts of sacrifice and friendship — love, really — that bind the living and the now dead.

Ranson is the founder of Memorial Ink, a video and photographic web-based project begun in 2010 to honor fallen soldiers. He and Alison Harbaugh, his project collaborator, photograph veterans and their tattoos, and they interview vets telling stories of war, camaraderie and grief. Those images and interviews are preserved at the project’s website.

Although Ranson does not call himself a historian, Memorial Ink is his Homeric work. To ninth graders at Glenelg Country School in Howard County, Md., west of Baltimore, he teaches ancient history and literature. His students are immersed in the war stories of Homer’s “The Iliad” and Thucydides’ “The History of the Peloponnesian War.”

Ranson immersed himself in the same stories as an LMU history major, when he took “Achilles in Vietnam” and “History and Historians,” courses taught by Lawrence Tritle, professor of history in the Bellarmine College of Liberal Arts. Ancient Greece and Rome are Tritle’s specialties. 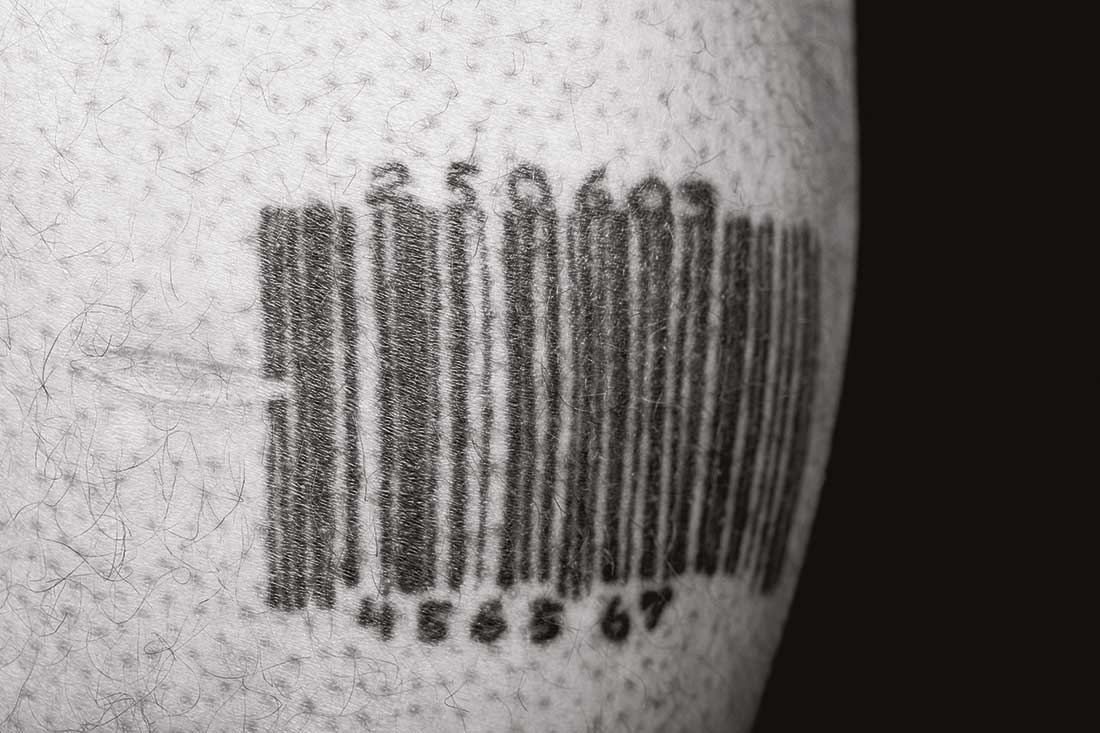 A seminar on comparative war and violence, “Achilles in Vietnam” traces renderings of battle and its aftermath both in classic literature and contemporary accounts of war in Vietnam, Iraq and Afghanistan. Undergraduates confront Achilles’ grief in “The Iliad” one week and read about the heavy burden of 60 lbs. of supplies imposed on a modern soldier’s shoulders the next.

Tritle reads ancient and contemporary battle stories as the record of warriors trying to understand and reconcile war’s impact on them and their choices under fire. “The Iliad,” he points out, contains a staggering number of names of soldiers who die in battle. In “Philoctetes,” Sophocles portrays bitter survivor guilt: The gods turn back from death “rogues and tricksters,” the playwright notes, “but the just and good they are always sending out of the world.” Or perhaps in the words of a vet today: “The good guys died. They’re the heroes, not me.”

Tritle’s courses, Ranson says, marked him forever, because students were asked to do more than read and discuss classic works of human endeavor. They visited nearby Veterans Administration hospitals to learn about the scars of battle and volunteered in projects to serve vets. Ranson worked for a telephone crisis hotline for ex-soldiers. Former soldiers spoke to the class, and Tritle’s background as a Vietnam War combat vet gave class sessions the imposing air of authenticity. “[Tritle is] a veteran himself,” Ranson says, “and there was something personal that he was offering in the ‘Achilles in Vietnam’ class that was very powerful.”

The impact of Tritle’s course did not fade. In 2000, Ranson moved east to pursue a master’s degree in liberal arts at St. John’s College in Annapolis, Md. His studies put him in day-to-day contact with Navy personnel at the U.S. Naval Academy, also in Annapolis. One became his best friend: Lt. Cmdr. Erik Kristensen, who taught Shakespeare and introductory English literature courses to Navy midshipmen and pursued graduate studies at St. John’s.

Their friendship grew, Ranson recalls, feeding on conversations about history and philosophy, ranging from Plato’s work to the nature of humanity. Ranson remembers Kristensen being asked why he considered it important to teach Shakespeare, literature and philosophy to midshipmen.

“Erik’s answer was that, given the jobs these men and women will be asked to do, they need to have given thought to questions about the meaning of life, humanity and justice,” Ranson says.

Although Kristensen was a commissioned officer, his dream was to become a Navy SEAL. When he completed the program in 2001, he was its oldest graduate, 27. In June 2005, Kristensen, a member of SEAL Team 10, led a search and rescue mission of a four-man SEAL team, whose mission was known as Operation Red Wings, that was under fire in the Hindu Kush mountains in eastern Afghanistan. Kristensen’s MH-47 Chinook helicopter was shot down, killing all 16 aboard.

Six months later, in November 2005, Ranson saw a Washington Post story about soldiers who memorialize their comrades through tattoos. The piece immediately seized his attention as a student of history.

“The first thing that came to mind,” Ranson recalls, “was that these tattoos are primary source documents that need to be recorded.” But the pain of Kristensen’s death kept him from pursuing his own idea for several years.

In 2010, Ranson began to see a way forward. Although he first assumed his project would evolve into a book, he realized he could begin documenting tattoos online and worry about publications later. He and Harbaugh have been gradually working through the project’s initial stages.

Ploszaj’s tattoo depicts a helmet, weapon and boots, and Herzberg’s name and date of death. “It’s something that I wanted to have to remember not only a good friend but a good brother,” Ploszaj says in his Memorial Ink interview. “[Eric] was my buddy. He was my brother. He was my brother-in-arms. … He will always be remembered; he will never be forgotten.”

Memorial Ink’s interviews are deeply moving vignettes. To witness a veteran speaking from the heart about loss can hardly be otherwise. Ploszaj, too, says the project is helpful because some veterans will “keep things bottled up, and then one day they’ll flip.”

Ranson sees that reaction as the tie between Achilles and a combat vet back from Iraq. “What I see in the men I work with is the grief and the sense of loss,” he says. “The experience that Achilles goes through is very similar. He does crazy things when Patroclus dies. He walks onto the battlefield naked. He screams out in such terror that 12 people die immediately. I see these guys today in such pain, and some of them have described doing crazy things, like riding a motorcycle down a road at 160 miles per hour.”

For Tritle, that point of extreme psychological conflict is precisely where Ranson’s history project becomes therapeutic.

“Telling their own story as well as the story of their fallen comrades — it’s very cathartic and helpful to do this sort of thing,” Tritle explains. “The issues of survivor guilt and surviving battle trauma are very complex. They’re not easily resolved, and it takes decades to find any resolution, any kind of peace.” 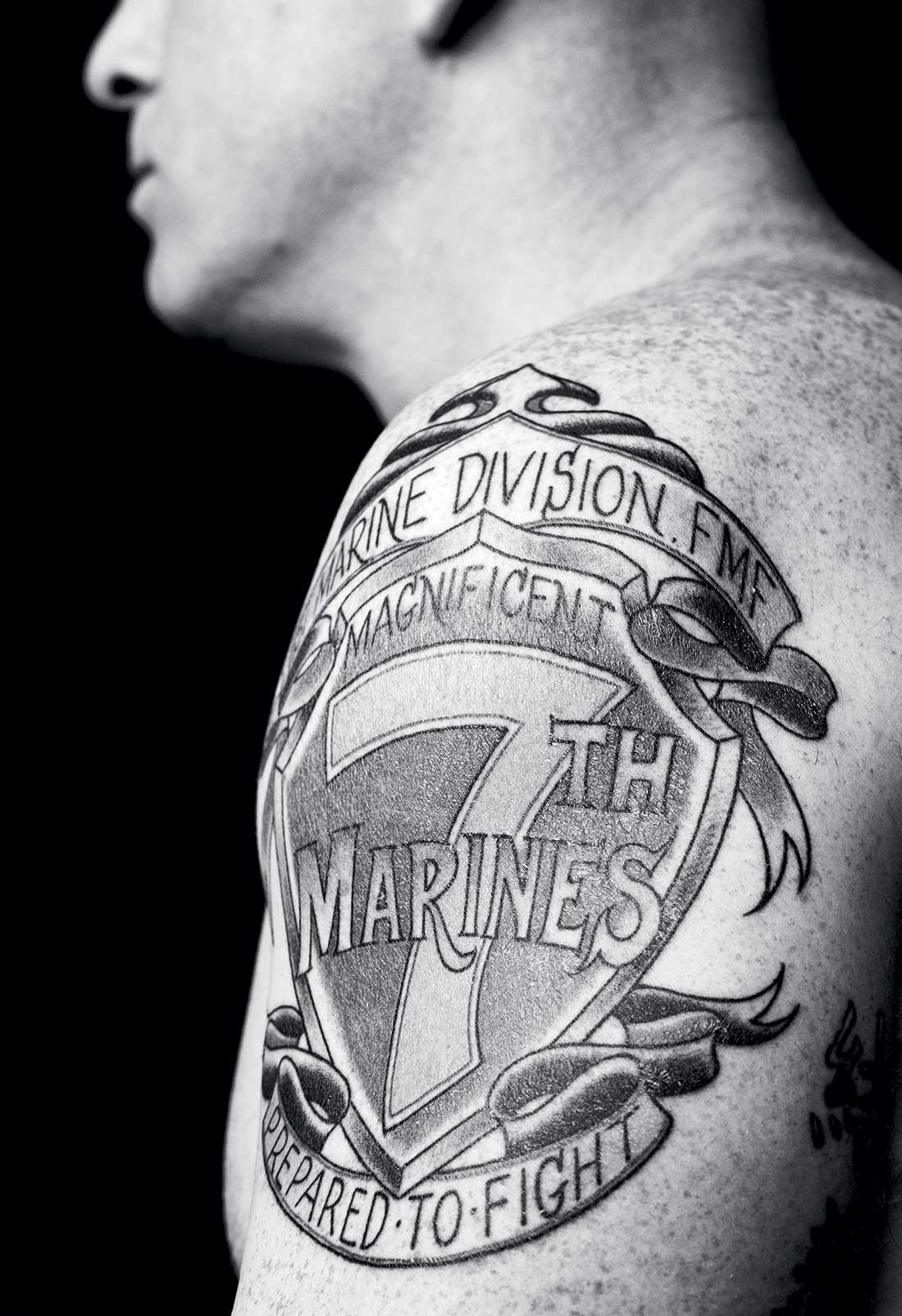 Ranson, who started out to preserve primary source documents, sees that, too.

“The survivors dearly love their buddies who died,” he explains. “They’ve been made to feel more human by having this connection to their friend. Part of their anguish is that their friend was very violently ripped away from each of them, like Achilles, who is trying to cope with the loss of Patroclus, who he considers his better half. The veterans I talk to love their buddies, and they want a way to remember those guys for the rest of their lives, for all time. I want their stories to be told and recorded so that others can see we’re not just talking about numbers when we talk about war. We’re talking not just about acts of aggression but acts of love.”

Ranson does not have a tattoo memorializing Kristensen. “Memorial Ink isn’t about me,” he says. “I’m not military. I’m not the story. It’s guys like Josh, Matthew and Sebastian who are the stories.”

I asked him if Memorial Ink is his tattoo in Kristensen’s memory.

“I hadn’t thought about that. There’s still a great closeness. I think about Erik every day, and it’s been eight years since he died. But there are many, many people who think about him every day. Is this my tattoo? I’ll have to think about that.”