Through nine tv series and 13 feature films, Star Trek has become emblematic of science fiction that is both captivating as art and pointed as social commentary. Mikayla Gingrey grew up watching the show at her mother’s side, enthralled by the show’s depiction of an alternative universe. This past fall, Gingrey was one of two candidates selected by CBS Studios and the Television Academy Foundation for the Star Trek command training program internship. Her 13-week paid position placed her in the Star Trek world from the writing process to production. We asked Gingrey to rank the characters she considers the most important in the Star Trek universe. —The Editor 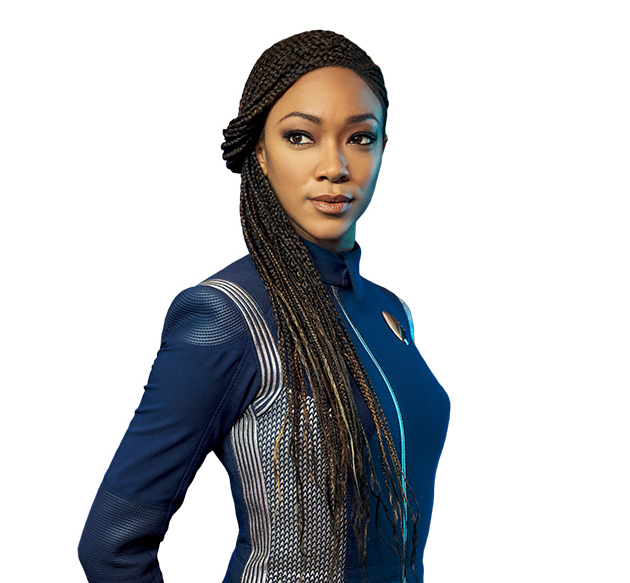 1 Michael Burnham
“Discovery”
Michael Burnham ranks No. 1 because she leads with love, compassion and tenacity. She represents the power of unity and coalition-building as her courageous leadership heals and brings the Federation together, much as we need to heal and bring our nation together. As a Black female captain, Burnham moves beyond the expected, embracing the notion that boundaries were meant to be broken. 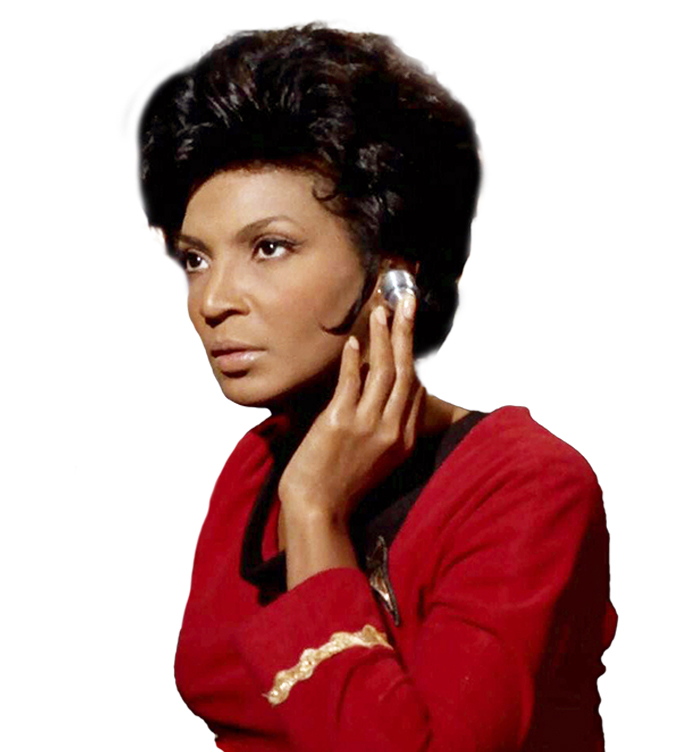 2 Nyota Uhura
“Star Trek”
Lieutenant Uhura is a trailblazer. She demonstrates that Black women are integral members of the crew. Through Uhura, the Black community can see themselves not only on the screen, but in the future in positions of power. The impact of her presence on the ship’s bridge stretches wide and far as she inspires hope for a brighter tomorrow. 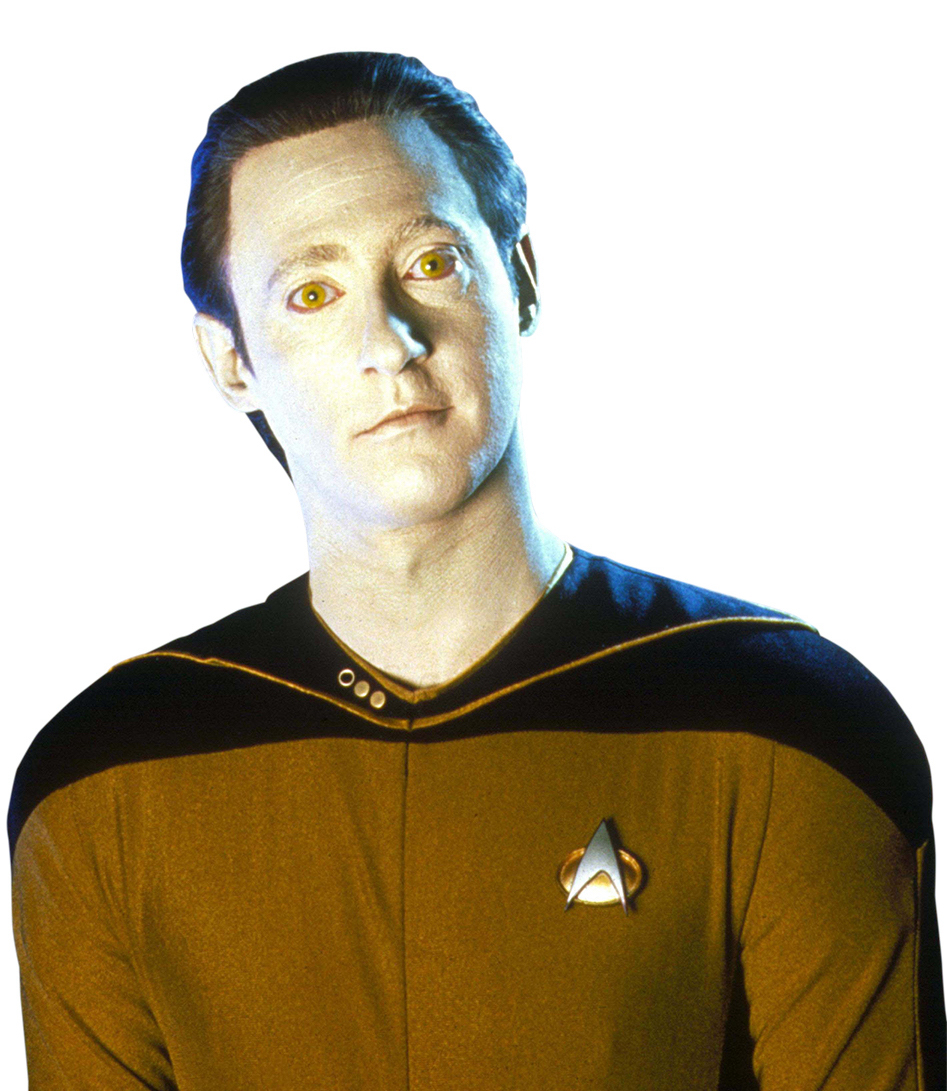 3 Data
“The Next Generation”
Data encompasses the heart of Star Trek’s purpose by posing ethical and moral dilemmas for the audience to consider. Data’s questions and observations always bring a smile to everyone’s face, yet his mere existence also leads to ethical questions. These same questions initiate conversations designed to be finished in the viewer’s living room. 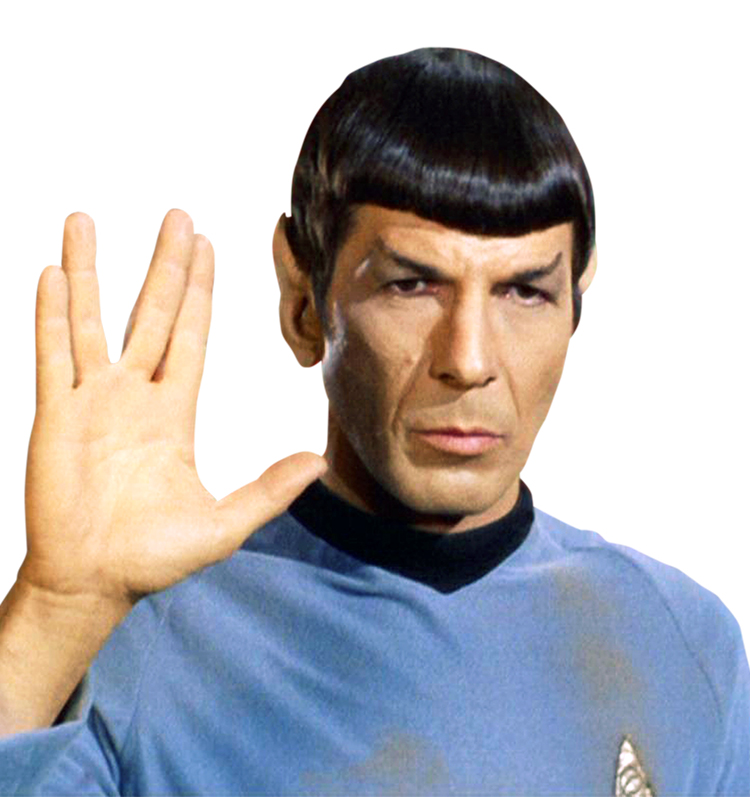 4 Spock
“Star Trek”
Spock’s use of logic, the Vulcan death grip and mind-meld all make him a fan favorite. However, Spock’s fight for identity, while grappling with his human and Vulcan heritage, depicts the internal battle at the core of intersectional identities. Spock’s acceptance of his whole self encourages others to do the same while embarking on their personal journey to self-discovery. 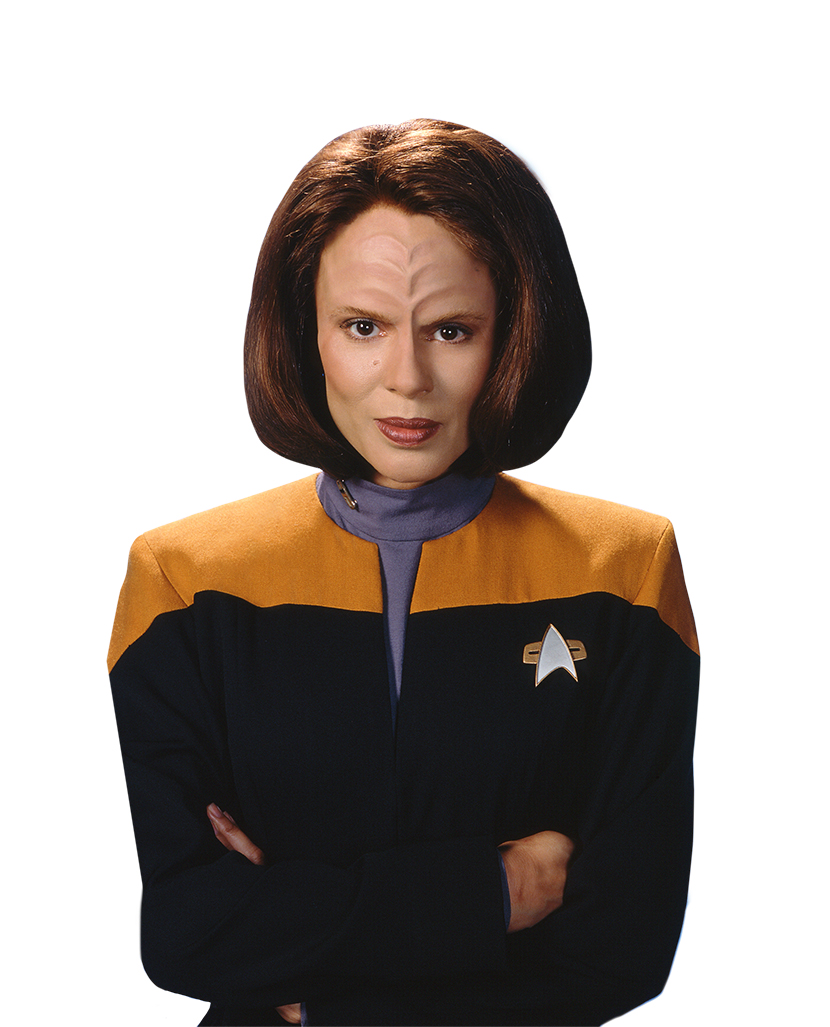 5 B’Elanna Torres
“Voyager”
B’Elanna Torres is incredibly intelligent and strong and not afraid to show it. She is audacious and bold, and she knows her worth. Rising from lieutenant to chief engineer is no small feat, and she depicts how a woman in a male-dominated space can remain true to her core while effectively advocating for herself. 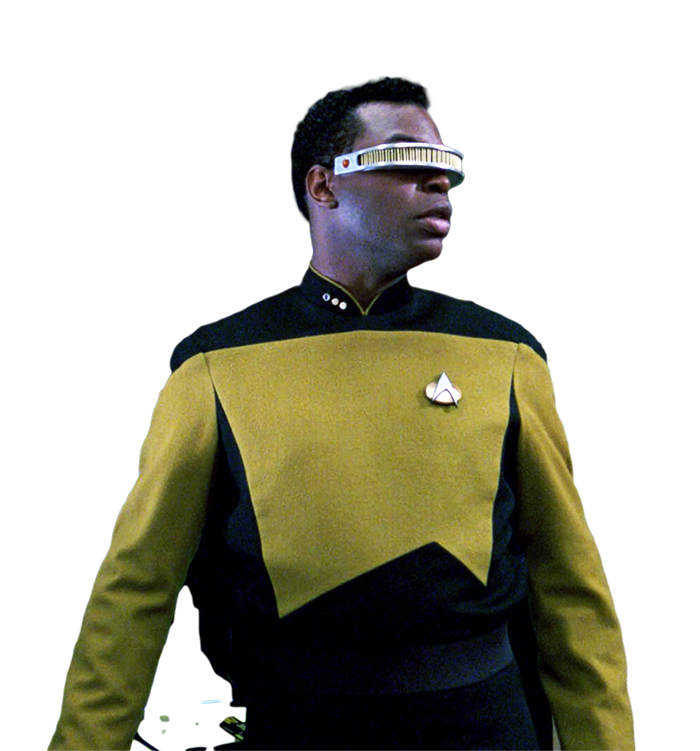 6 Geordi La Forge
“The Next Generation”
Geordi embodies Star Trek creator Gene Roddenberry’s core belief that our differences make us stronger. Geordi’s blindness is the strength that often saves the day, demonstrating the importance of having a crew with varying abilities and skill sets. Viewers are encouraged to see ability levels in a new light, elevating the power of what makes each of us unique. 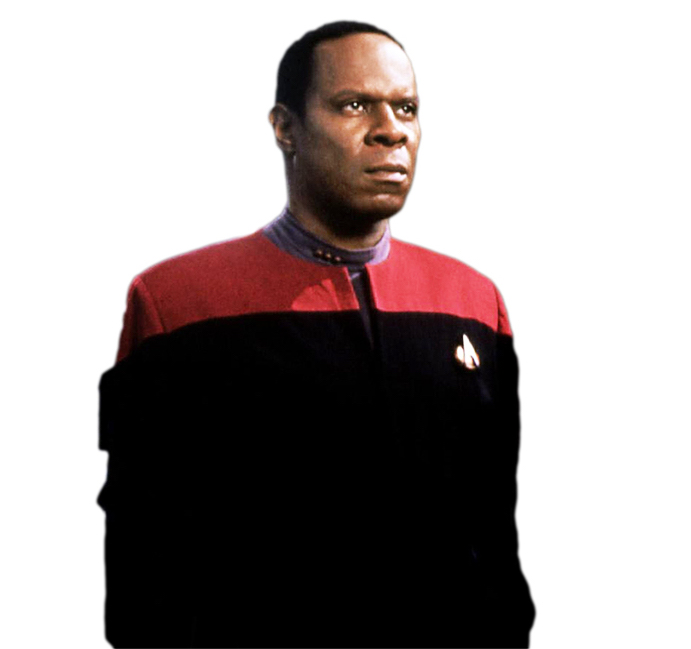 7 Benjamin Sisko
“Deep Space Nine”
Sisko’s character is influential in portraying the life of a single parent navigating his personal and professional life. Sisko represents a single Black father who is both present and heavily invested in his son’s well-being. Through this rarely depicted on-screen role, audiences get to see a single father raise his son, thus redefining the norms of traditional family structures. 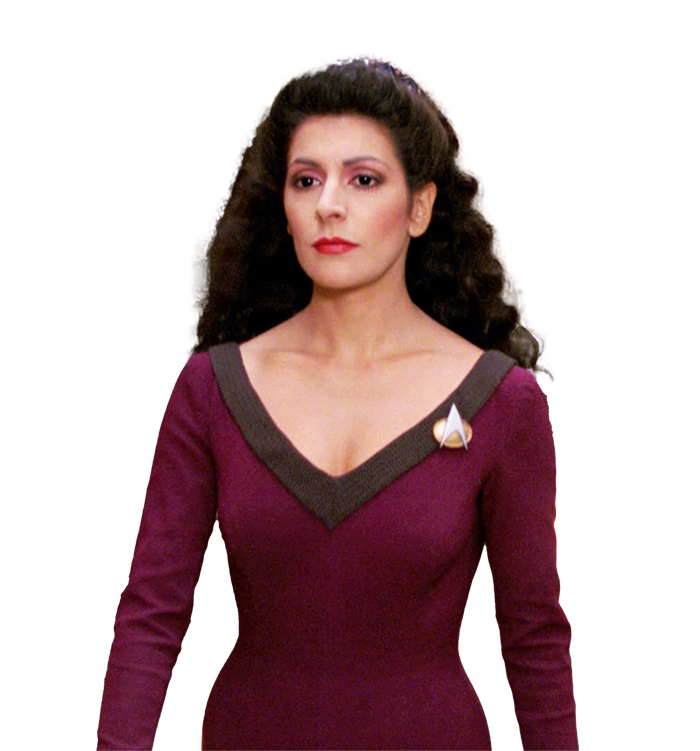 8 Deanna Troi
“The Next Generation”
Counselor Deanna Troi is the glue that holds the crew together. As an empath, she draws out the best qualities in the crew allowing them to see potential in themselves and others. In today’s society, we need people who are willing to connect on an emotional and human level. Through that connection people can feel both seen and heard. 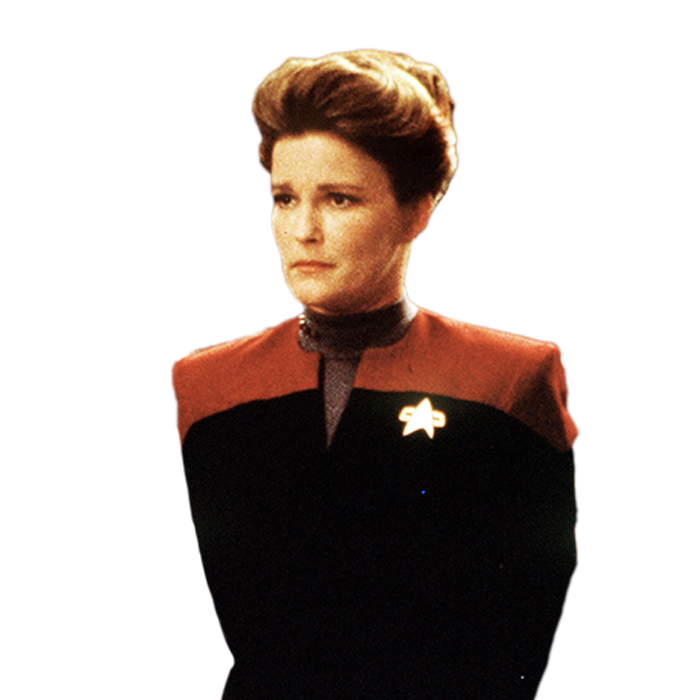 9 Kathryn Janeway
“Voyager”
As the first female captain, Janeway is an icon and hero to countless young girls. In Janeway viewers see a woman who leads her crew with determination and grace. Yet, more importantly, viewers see a woman who has a deep love for science. Janeway acts as a symbol for women who want to get involved in STEM. 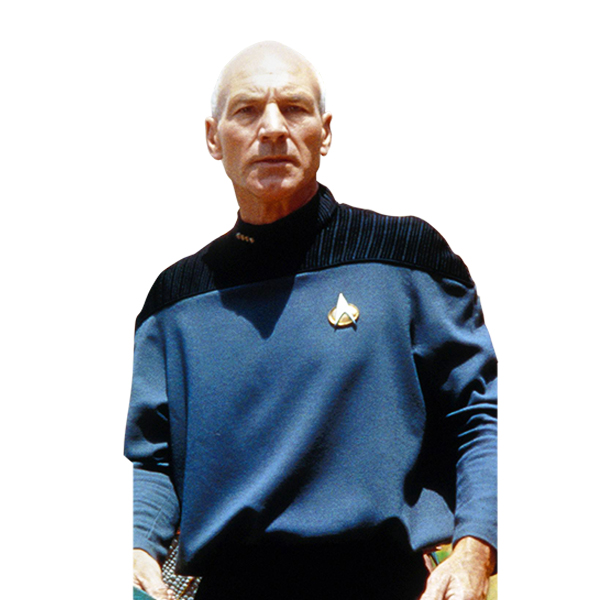 10 Jean-Luc Picard
“The Next Generation”
Picard is an excellent captain as he leads with, and for, his crew. He has a deep and genuine care for all those on his ship and listens to everyone’s thoughts before coming to final decisions. He represents emotional intelligence, valor and selflessness as he puts the needs of his crew before his own.

Mikayla Gingrey is a Star Trek Command Training Program intern with CBS Studios. She also is a graduate student in the LMU School of Film and Television. Gingrey is the recipient of the LMU 2021 Marian Award for excellence in service, leadership and academic achievement.