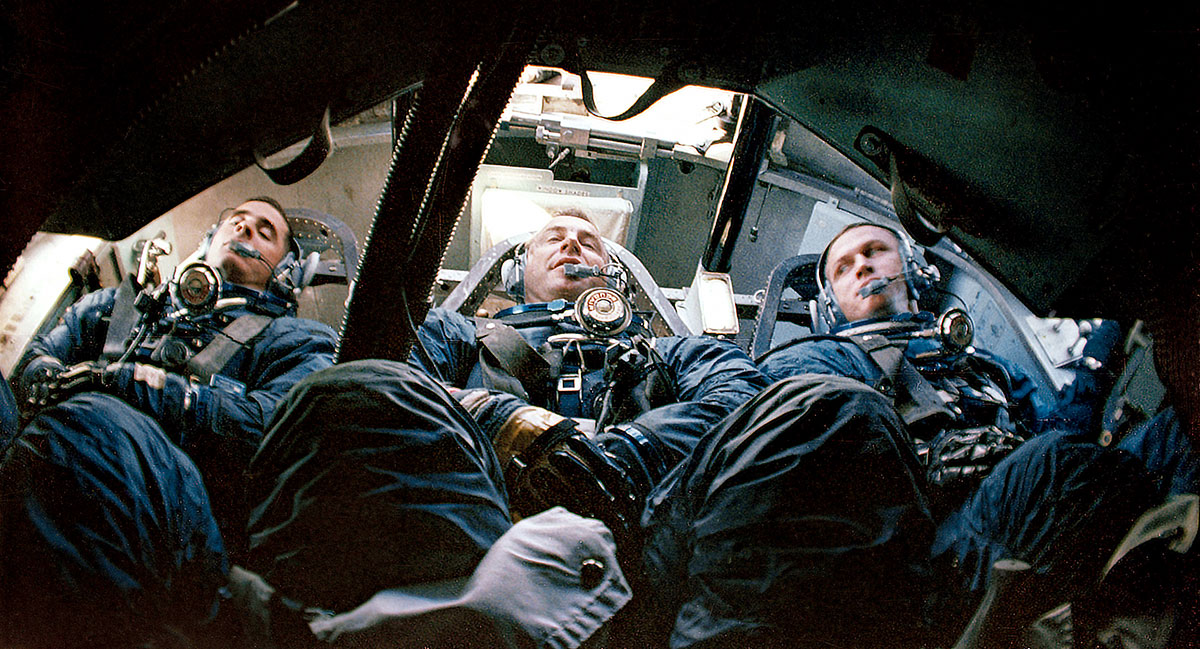 James Lovell commanded a NASA mission to the Moon that failed in its objective. But the return of Apollo 13 is now considered as inspiring as the Apollo 11 mission, when humans first walked on ground not of this Earth.

When the class of 2014, their families and friends gathered on Sunken Garden Saturday, May 10, to celebrate another graduation at LMU, they heard from a man with a unique perspective about preparation and risk. Lovell, the commencement speaker, has seen the planet Earth from afar, and his skill, talent and determination to live were all tested on Apollo 13. As prepared as he was for his mission, Lovell in just moments found himself in unexpected, life-threatening circumstances when an oxygen tank failed early in flight.

Lovell urged the students to let their imagination lead them, even to glimpse horizons still unseen. Drawing on the work of Dr. Seuss, he advised the class of 2014 to not live simply in the “A to Z world,” as he called it, but to look beyond the letter Z. He cited Lee de Forest, an inventor and radio pioneer, who wrongly predicted, “Man will never reach the Moon regardless of all future scientific advances.” That was in 1957, just 11 years before Lovell circled the Moon. “Fortunately there were those in days gone by who refused to live in the ‘A’ to ‘Z’ world,” Lovell said. “Your vision is limited not by what your eye can see, but what your mind can imagine if you only go beyond ‘Z.’”

Lovell’s message to LMU’s newest graduates was to not conclude that their education would prepare them for the lives they may plan for. “The education you receive here is not enough to tackle the future you face,” he said. Instead, they must exercise imagination and foresight to confront, if not embrace, what they cannot know and that probably will come unexpectedly. Coming from someone else, perhaps, that message may sound foreboding. From Lovell, it was a message that acknowledges what links humanity and offers hope.