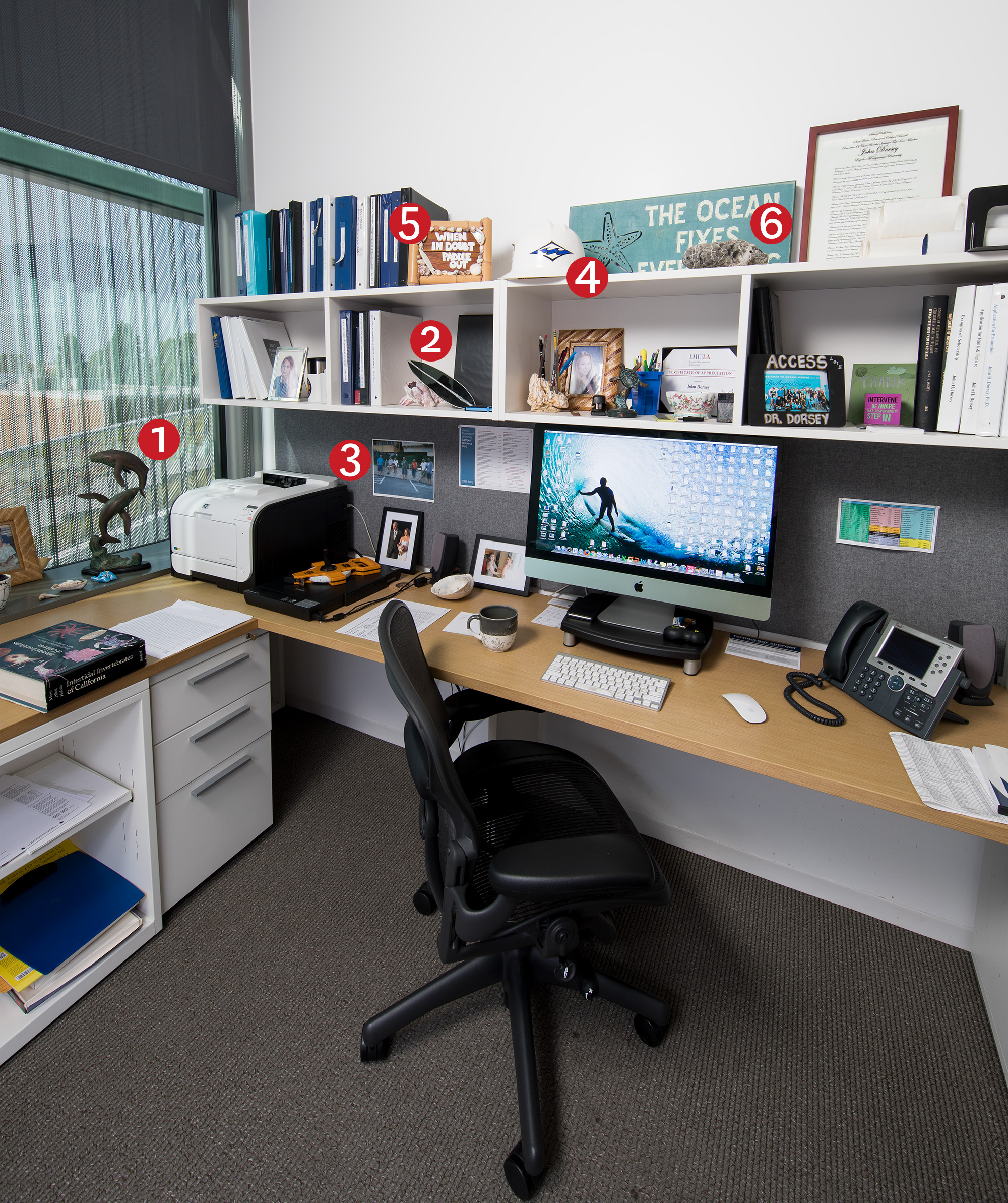 1. My daughter, Kristen, gave me the statue of humpback whales after we went whale-watching in the passage between Santa Rosa and San Miguel Islands in the Channel Islands National Park. All things ocean-related we are drawn to.

2. The glass surfboard was a gift from Ralph Alegria, my karate instructor. I cherish it.

3. The El Porto Wallbenders — that’s a photo of The Crew, guys who I’ve been surfing with for more than 30 years at El Porto. Together, we have about 1,000 years of surfing in us.

4. The helmet is a relic from when I worked for the City of Los Angeles at the Hyperion Treatment Plant in 1982.

5. “When in doubt, paddle out.” It’s a surfing phrase. If the waves look a little sketchy and you’re not sure you should head out, then head out. It’s like the saying “Little risk, little gain.” It’s a good philosophical approach to life.

6. That rock has large holes that were drilled by piddock clams. Their rear end is almost like a file. They drill into the rock and keep drilling until finally they’re inside the rock itself.