For three decades, Rubén Martínez has described the intermingling of family, politics, culture and geography from Los Angeles to Zacatecas, San Salvador, and Guatemala City. His roots reach all of those places. In books, articles, interviews and a documentary, Martínez has drawn together the places of his and his ancestors’ lives, erasing the borders that separate peoples and nations. When we invited Martínez to write about political violence in Mexico, he gave us a story of his family.—The Editor

My twin daughters, Lucía and Ruby, were born in 2007, just a few months after I started my job at LMU. Before their births and afterward, during the crazy days of feedings and diaper changes at three in the morning, I fantasized a lot about the places that I wanted to help my daughters discover during their formative years. I wanted to take them to the sites of my youth, of my family’s roots. These places regularly transfuse the lifeblood of Los Angeles, my hometown, through immigration flows that make for so many poignant stories at the family level. They follow the flow of history itself — poverty and revolution, colonialism and the continent’s indigenous roots.

Through my childhood family vacations, my parents introduced me to parts of Mexico, El Salvador and the desert Southwest. I grew to feel at home in all of them. My wife, Angela, is from Albuquerque, so I knew for certain we’d take regular trips deep into the desert. That left me to plot itineraries across the border. My imagination planned ambitiously. Long road trips down the Baja California peninsula or across the vast northern Mexican mainland to Zacatecas and Coahuila, the homelands of my grandparents. Why not make it a summer-long odyssey! Keep pushing south to the grand megalopolis of Mexico City, where I’d lived as a young man, and then on to feel the Afro-mestizo pulse of Veracruz, the indigenous roots of Oaxaca and Chiapas. Next we’d cross our second and third borders into Guatemala and finally into my mother’s El Salvador, an immersion into the difference of Central America, with its thick tortillas, its cumbias and grit, the legacies of revolutionary martyrs and great poets. 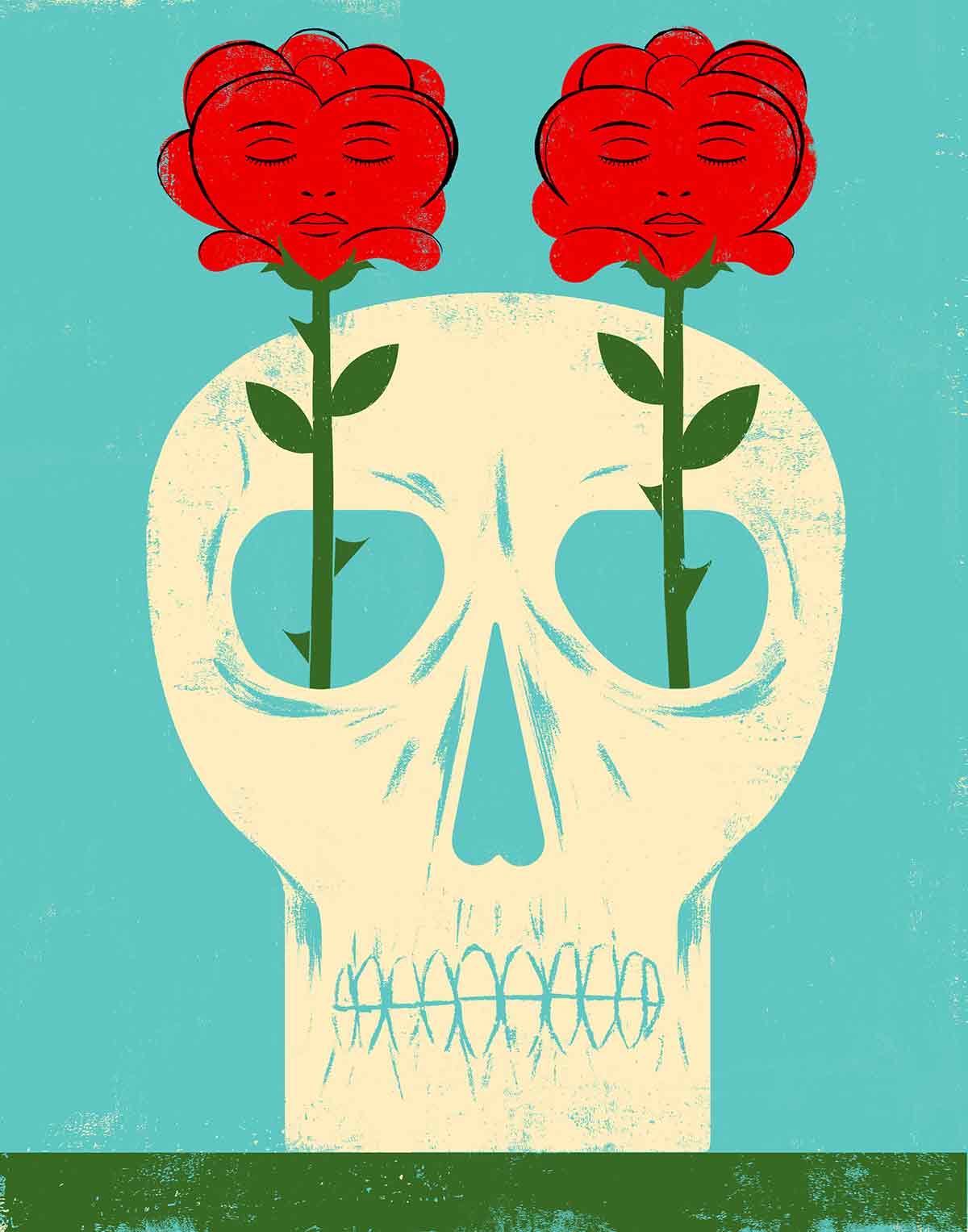 In December 2006, President Felipe Calderón took power in Mexico. Almost immediately he announced a war on the drug cartels, pledging to bring the rule of law to large sections of the country that knew only violence and corruption. The results of the campaign were quick and catastrophic. The death toll began to climb, not by hundreds but by thousands and tens of thousands. Calderón claimed the dead — many in their teens and 20s — had been “up to something” and perished not through collateral damage but justifiable killings. At first the violence was confined to well-known corridors of cartel activity — Juárez, Michoacán, even Tijuana, just 140 miles away from L.A. The violence began to spread, and it quickly became obvious that many, if not most, of the dead were innocents caught in the crossfire or victims of human or drug trafficking.

Wide swaths of the map of my imagined journey were now tinged with red. There would be no long road trip in Baja or across El Gran Desierto de Sonora. Coahuila and Zacatecas were dicey. This placed Angela and I into territory familiar to any parent — risk assessment. But instead of wondering how many feet to let a toddler go toward the curb before scooping her up, we were wondering whether it was safe enough for us to travel as a family to Mexico and to Central America, where violence related to organized crime (and the state’s response to it) had similarly spiraled out of control in the past decade.

Ruby and Lucía were 3 years old when we headed south as a family for the first time. We traveled to Mexico City and Guatemala City, visiting with family and friends, and tried to interest the twins in the fabulous exhibits at Mexico’s world-class Museo Nacional de Antropología e Historia (they were more interested in the water feature on the patio). In Mexico City, the headlines told of the bloodshed in the rural areas, but the capital seemed mostly immune to the violence. The sensation was like listening to faint detonations from a war being fought beyond the horizon.

In Guatemala City, however, the violence was all around us. My aunt quickly nixed most of my proposed visits to fondly remembered destinations. We settled into a routine of frequent trips to the centro comercial (shopping mall). There were armed guards with assault rifles at all the entrances. The glass-and-steel cocoon that housed all the global brand stores was, we were assured, the safest place in the country.

We have traveled south every summer since, with the exception of 2014. But the violence seemed to draw ever closer to us. In 2011, we had a memorable stay with a dear friend in his hometown of Jalapa, Veracruz (fulfilling our Afro-mestizo dream). Since then, Veracruz has become one of the deadliest places in Mexico, and we haven’t been — can’t go — back. Then the violence arrived in Mexico City. In 2013, there was a mass abduction in the neighborhood we call home during our stays. There also was a shooting in the Mexico City airport, a few yards away from families eating at McDonald’s. 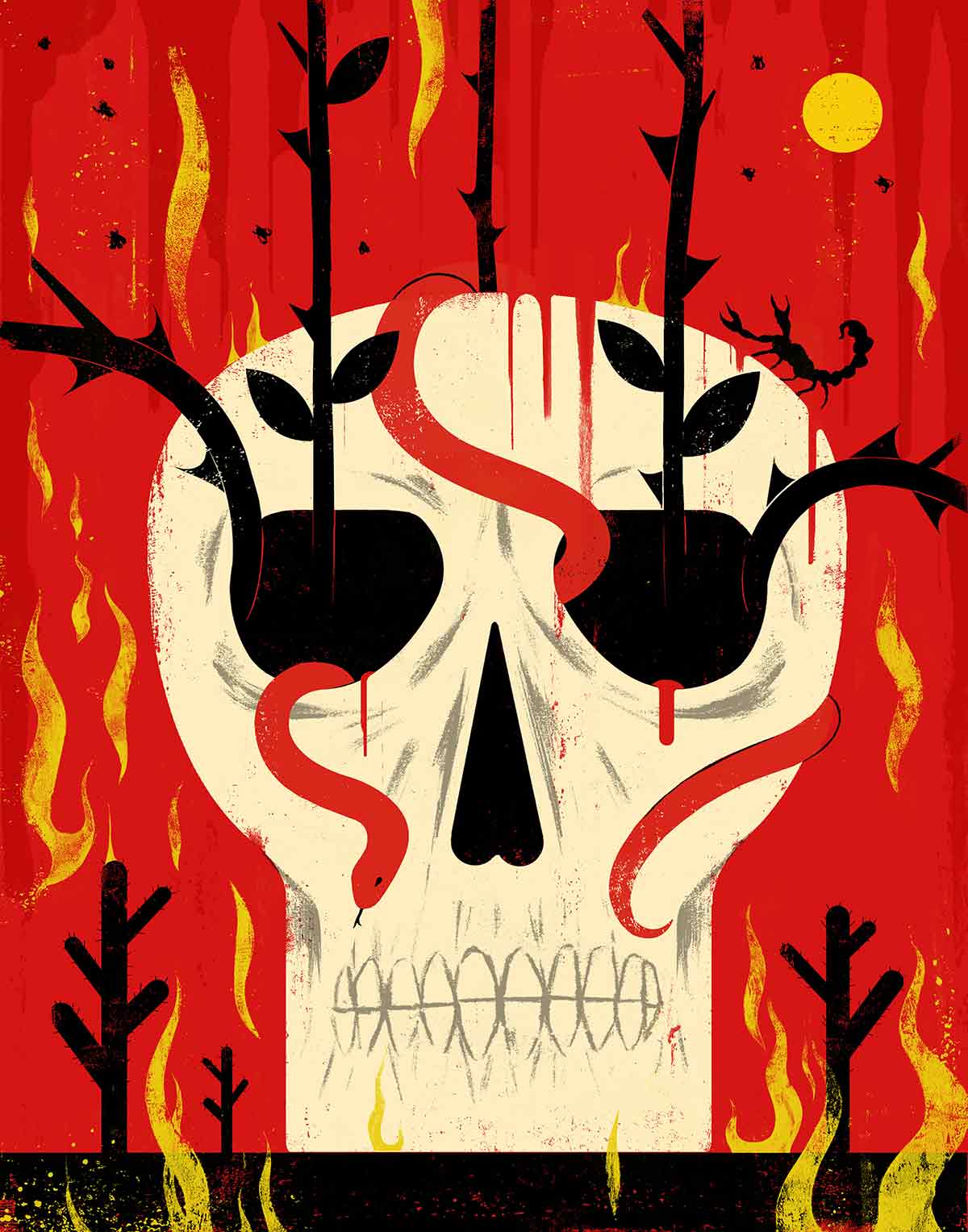 Now both Angela and I were writing articles about the war, about possible paths toward peace, about what ethical demand the situation made upon us as visitors, as neighbors, as extended family. (And upon me, as a professor at a Jesuit university whose mission supports the ideals of solidarity and accompaniment.)

This past summer in Mexico City, another horrifying crime: A well-known news photographer and four of his women friends were killed in the usually quiet, middle-class neighborhood of Colonia Narvarte, about a mile from where a dear friend of ours babysits the twins when we’re in town. There were many indications that the crime was related to the war, because the photographer,Rubén Becerril, had received death threats for his unflattering portraits of corrupt political figures in Veracruz, from which he had fled to Mexico City thinking he’d find refuge. There was no place left to hide.

In summer 2015, I traveled to El Salvador by myself to reconnect with family and to help organize a peace caravan. I was told to never walk alone at night, anywhere. Most of my meetings were held at Mister Donut, the ubiquitous national fast-food chain, considered a social safe house in the midst of the worst violence since the civil war. The ambience was tense, or to use a word in Spanish tenebroso — sinister. In the month of August alone, 907 people lost their lives in El Salvador, making it, for the moment, the most violent country in the world.

There was no question about whether we would be taking Ruby and Lucía, now 8, to Central America anytime soon. The risks, Angela and I knew, were too great. But we’ve begun to tell them about the war throughout the region and about its impact on this side of the border — the tens of thousands of families who have lost loved ones to violence back home, or who have been extorted in transnational schemes.

In a deep sense, we no longer need to cross the border to be in solidarity, or to accompany the victims. It is a borderless conflict, and the responsibility for it transcends frontiers as well. Most Americans might not be aware of it, but we are at war — a war based on trafficking made profitable by the very borders that separate us and by the drug laws that unite us with the violence they produce, from the sweeping criminalization of the poor to the bloody competition of the cartels.

As a journalist, I experienced a part of the Salvadoran civil war and saw its end arrive with a peace accord signed in 1993. I never imagined I would be raising my children in the midst of another war. As parents, my wife and I will continue to make our decisions about travel on a case-by-case basis. And in spite of our mourning and hopelessness in the midst of war, we will try to inspire Ruby and Lucía with stories of peace. Our faith demands that of us.

A native of Los Angeles and the son and grandson of immigrants from Mexico and El Salvador, Rubén Martínez is a writer, performer and teacher. He holds the Fletcher Jones Chair in Literature and Writing in the LMU Bellarmine College of Liberal Arts at Loyola Marymount University, and he is an artist in residence at Stanford University’s Institute for Diversity in the Arts. Martínez is the author of several books including “Crossing Over: A Mexican Family on the Migrant Trail” and “Desert America: Boom and Bust in the New Old West.” His writing also has appeared in The New York Times, Washington Post, The Nation, Salon and elsewhere.