For the past four years, the byline of José Martinez appeared in almost every issue of the Los Angeles Loyolan. Martinez’s range was broad: a critique of a campus policy, a defense of the university’s mission, and even humor, which is a very serious assignment. Martinez, who graduated in May, grew as a writer before our eyes. We asked him to tell us what he learned.
—The Editor

People who don’t know me will still often tell me I can do anything I set my mind to — I just have to believe in myself.

That’s my cue to give those who do know me a knowing look that says, “Maybe — if I don’t set my mind to playing basketball against people taller than sixth-graders. Or understanding physics. Or singing in a way that doesn’t inflict actual pain on other people.”

I was that kid who, in grade school, would listen to teachers tell their classes they could do anything and then retort to his friends, “What about becoming invisible?” (Teachers love that.) I did have a vague sense, though, that believing in myself wasn’t enough, and that there were some things I just would never be able to do. I was a really inspiring kid.

When I started at LMU, there was still definitely a sense that my fellow students and I could do anything if we just worked hard and set our minds to it. And that makes sense: College is the proverbial gateway to the “real world,” and the general vibe is that the whole world is there for the taking. But when I look back to my four years at LMU, maybe one of the most important things I learned is that I have limits — and that knowing those limits helped me focus on developing the gifts that I did have.

Ultimately what I ended up discovering for myself was that while I couldn’t do “anything” — my freshman economics class hammered that point home — my gifts did line up with my passions, enough so that I could do some things at least pretty well.

Like writing humor columns. Before college, I never tried to be funny in public forums or in private conversations, because it’d usually end with making people uncomfortable by patiently waiting for them to laugh. But I did enjoy laughing and did admire people who could make others laugh. When I entered LMU in 2007, I figured no one had to know I wasn’t actually funny. So I submitted a column in which I tried to be funny about Facebook to the Loyolan, LMU’s student-run newspaper. Although I cringe when I read it now, it is the column that marks my decision to be unafraid to fall flat and do anything possible to get a chuckle. Friends also gave me a lot of good feedback on that column, which was probably a huge mistake, since I took those comments to heart and continued writing columns I thought were funny. You can blame them.

But just like my love for all things funny led to my eventual semblance of an ability to write in that style, I found that it was usually the case that my gifts lined up with what I liked doing. And following that brought a whole lot of opportunity with it. I wrote humor columns for the Loyolan because I liked it and had a knack for it. That led to wanting greater involvement with the Loyolan, which eventually culminated in becoming editor in chief for a year. This required more than believing in myself. If I had told Tom Nelson, the Loyolan’s adviser, or any of my co-workers, that my strategy was to “set my mind to it,” I would have been fired. Really quickly.

And so I end my undergraduate career at LMU with the knowledge that I have limits (often involving sports, science or singing), but that my gifts lend themselves to a life where I can follow my passion. Believing in myself and setting my mind to it are just the first of many steps. 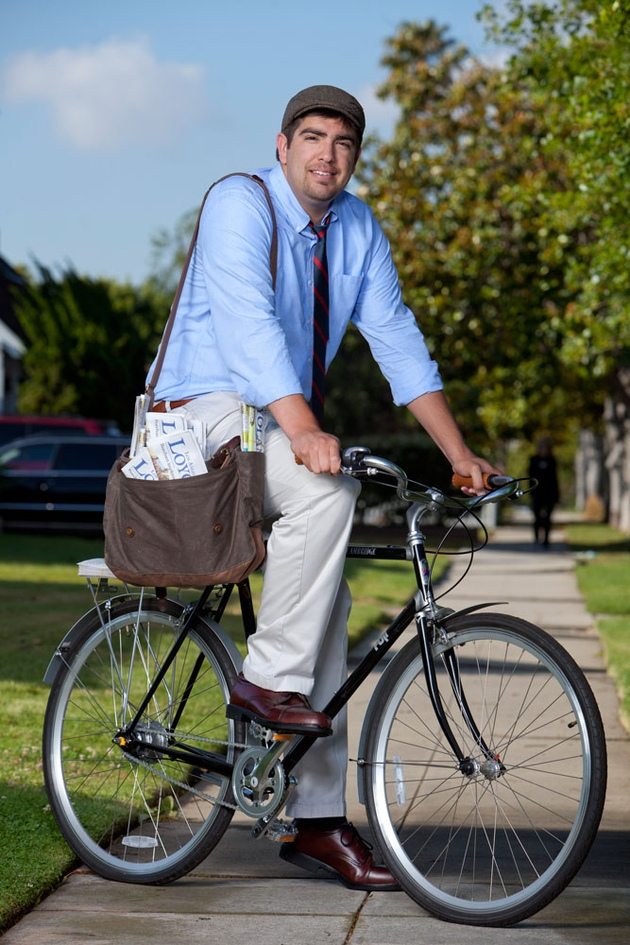 José Martinez is the former editor in chief of the Los Angeles Loyolan, LMU’s student-run newspaper, as well as the holder of a theological studies degree that he hopes (and prays) will pay the bills one day. In addition to being a five-time Columbia Scholastic Press Association Gold Circle Award honoree — he won two first-place prizes in 2009 for humor writing — Martinez received the Barlow Award for Student Journalist of the Year in 2011 from the Society of Collegiate Journalists. He’s not actually a paper boy.
See Full Issue