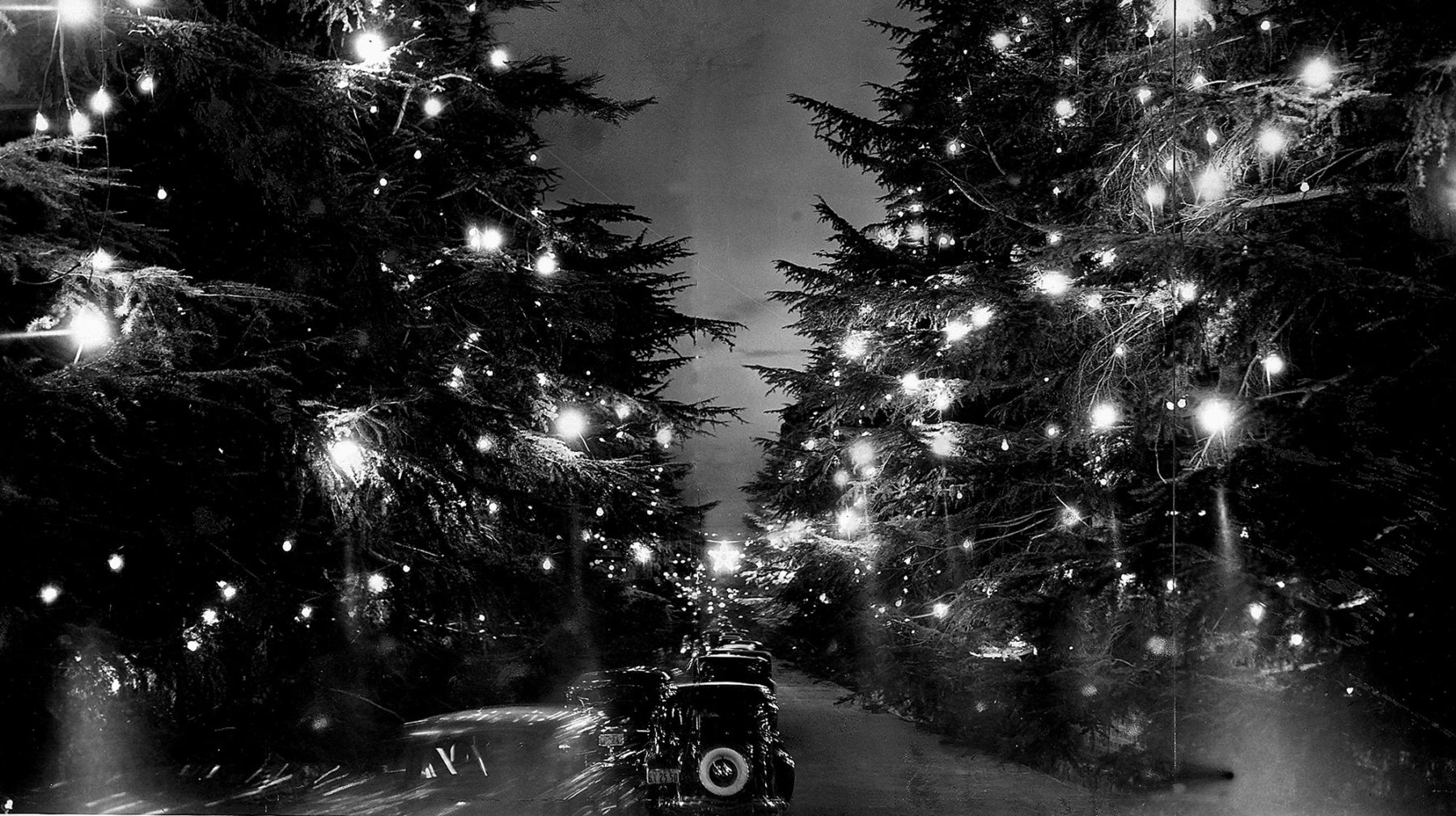 In Altadena, California is a street lined with tall deodar trees rising 30 ft. and higher. At night, the trees’ branches seem to arch over the eight or so blocks of Santa Rosa Ave. that each December is known as Christmas Tree Lane.

For most years since 1920, the deodars — a tree native to the Himalayas and known as the “tree of God” — have been strung with Christmas lights to mark the holiday season. In the dark, their branches obscure the nighttime sky and its mantle of stars. The street’s natural canopy is filled with 10,000 lights of many colors.

Yet, despite being pierced with so many sources of illumination, the lane seems only partially lit, serene like a church nave in the evening, as if for a subdued Advent prayer service.

On cool, crisp December evenings, visitors in cars, with headlights dimmed, process reverently up the lane. Their eyes lift with awe, as one admires stained-glass windows. Santa Rosa Ave. becomes a chapel, and each light seems almost a prayer: a candle lit in petition, reconciliation, thanks or hope.

In the compressed time from Thanksgiving to Christmas, Advent often seems fragile and overwhelmed. While it is an interval of reflection, Advent usually is strong-armed by a concentrated season of doing. The moments of Advent seem like the light of candles in a church: flickering expressions of love, charity, justice or redemption. Advent may be transitory, but if some days contain rich moments — like the annual lighting of the Christmas Tree in Sunken Garden or a service in Sacred Heart — then they may be enough. They may sustain us. Like the lights of Christmas Tree Lane, the moments of Advent do not blind the dark with radiant light. But they do make themselves visible. They are recurring gifts, and gifts that may be extended to others. A friend once gave my family and me a Christmas tree light from the “Chapel of Santa Rosa.”