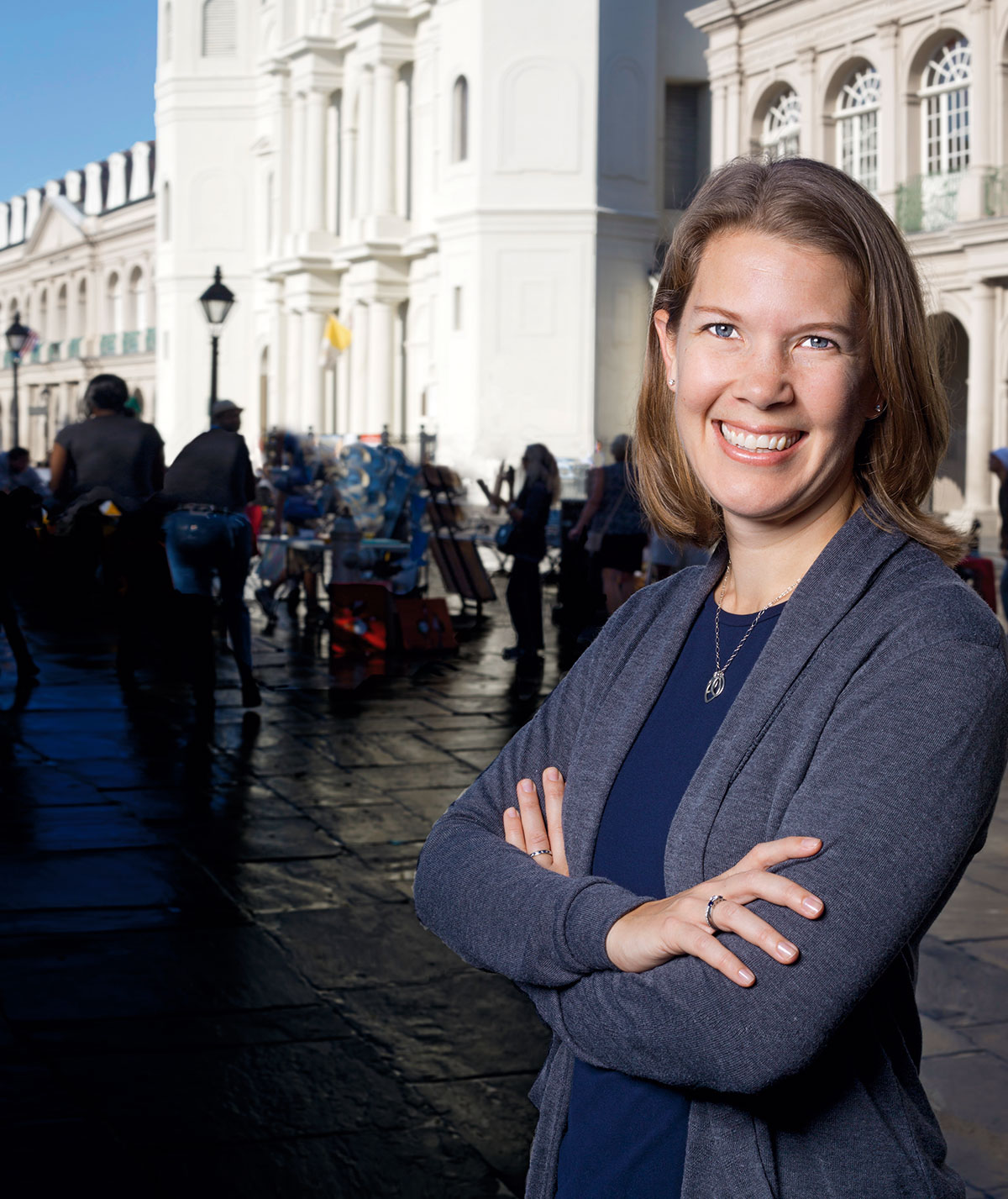 After graduation, I headed east, where I earned my master’s degree at Boston College and began a career in higher education administration. Then it was back to the bluff in 2004 for my dream job as an admission counselor and co-director of Orientation. It was also great to be back on campus while my brothers, Frank ’06 and Joe ’08, were students!

In July 2005, I traveled to Baton Rouge, La., for a friend’s wedding. I met the best man, Kevin Calkins, a New Yorker who eventually became my husband. Weeks later, Hurricane Katrina made landfall in New Orleans. Little did I know that was just the beginning of my Louisiana experience.

As the waters rose in Katrina’s aftermath, the phones in LMU’s Admission Office started ringing as evacuated college students searched for an academic home. Associate Director Dale Marini ’70 was our point person. About 45 displaced students enrolled that fall.

I married Kevin in Sacred Heart Chapel in 2007. Career opportunities drew us to Austin, Texas, a year later. Our son, Liam, was born in December 2009, and I began my new job as a stay-at-home mom. Every day spent with Liam affirms my vocation to motherhood, and he brings us indescribable joy. I was made to be his momma.

In July 2012, we moved to New Orleans, where Kevin is an associate superintendent with the archdiocesan Office of Catholic Schools. In late August, we found ourselves — on the seventh anniversary of Katrina — evacuating our newly settled home in preparation for Hurricane Isaac.

We headed for higher ground, back to Baton Rouge, and were glad we did as our home was without power for six days. While we were gone, friends, co-workers and neighbors checked on us and gave updates as Isaac ran its course. New Orleans is quite a city. Its people are resilient. The sense of community here is comforting; it almost reminds me of life on the bluff, though I do miss that Pacific breeze.