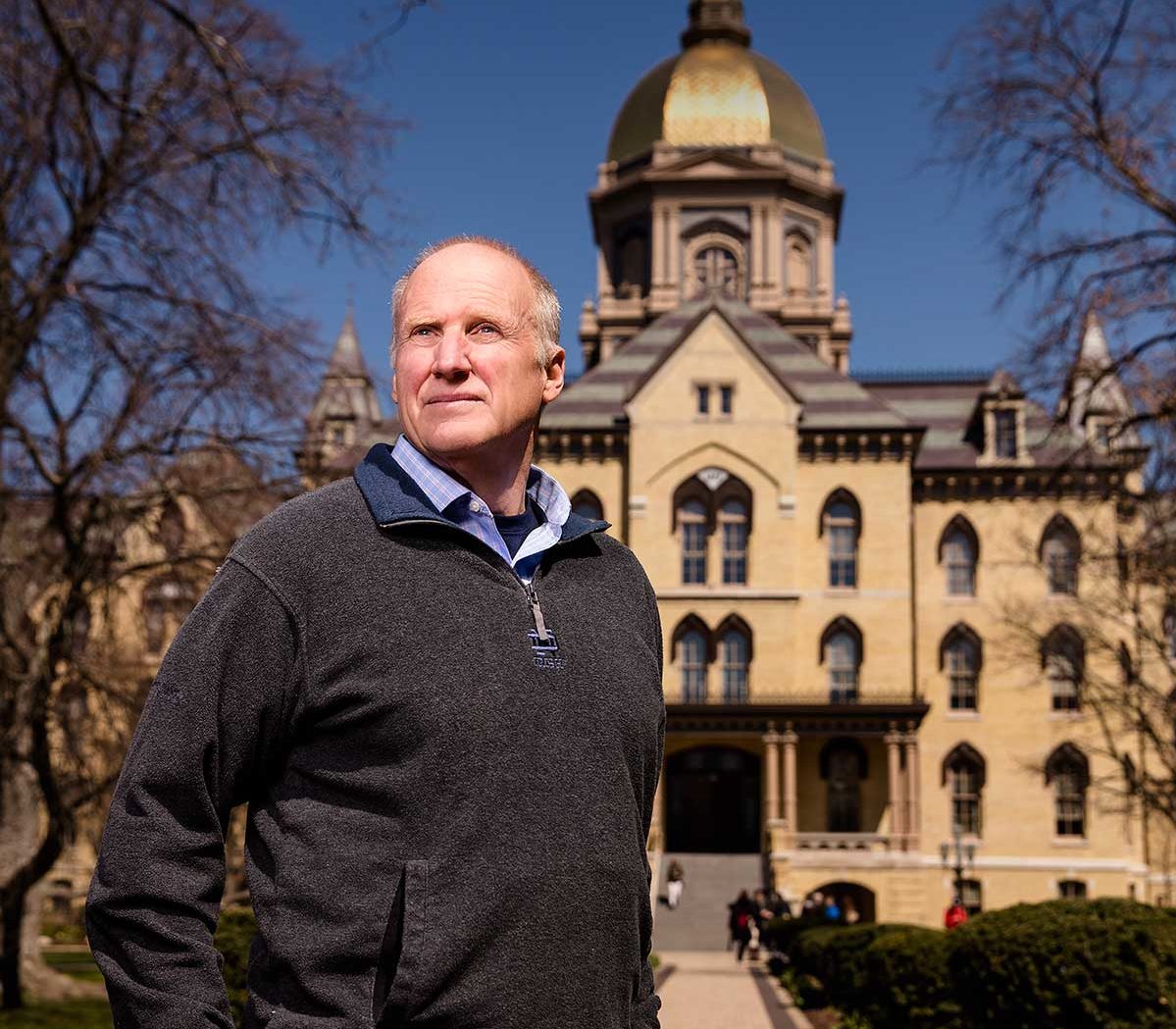 When I began classes at LMU in the fall of 1975, I had a simple goal: to graduate with an English degree and to work for the Los Angeles Times as a sportswriter.

The precursor for a change of plans began in my junior year, when I responded to an ad to teach PE and coach sports at St. Augustine Catholic School in Culver City, California. I went to meet with the principal, Sister Sheila Marie. By the time I navigated the chaos of screaming kids at lunch recess on the way to her office, I gave in to second thoughts and decided to hightail it back to my green Toyota parked near the car wash on Venice Blvd. But the nearest school exit was locked with a chain. When I attempted to retrace my steps, Sister Shelia Marie had me cornered. She immediately took me to a room full of boys with sad eyes who had already missed a flag football game because they didn’t have a coach.

I spent the year at St. Augustine.

Later, when the Times didn’t meet me on the bluff with an offer on graduation day in 1979, I drew on my previous experience and called the Archdiocesan office for Catholic schools.

My first basketball team at St. Monica Catholic Elementary won the sixth-grade Catholic Youth Organization championship. I was hooked. I stayed at St. Monica’s for 14 years. I went from coaching to teaching eighth grade to being the director of religious education for the parish. During those years, I also went back to LMU and got a graduate degree in religious education.

Somewhere along the line, I also took a closer look at the religion books my students were using and thought, “I could write these.” I put a résumé together and passed them out to publishers at the crowded annual Religious Education Congress in Anaheim, California. I was offered two jobs.

I’ve written and edited catechetical materials ever since, with the past 23 years at Ave Maria Press, located on the campus of the University of Notre Dame. And I have wondered, at times, how my life might be different if, way back when, the door near the principal’s office had been unlocked, and I was able to escape back to LMU.