A novelist learns that her mother is a truth-teller.

My father grew up on a farm in Kansas, the middle child in a family of 13. With the help of his small town, a local priest, the Army, Navy and Air Force, my dad made it through medical school and became a physician. My German mother taught herself English within a year of coming to America so she could be admitted to middle school. Unable to afford college, she became a medical technician.

Education is a big deal in my family.

In fall 1970, my mom took a picture of me standing at an airline ticket counter in a pale, blue minidress. I was headed to Chicago to study at Loyola University. I was taking with me the support of a family that believed education was the key to a good, purposeful and prosperous life.

What that picture doesn’t show is the next moment, the one when my mother shared her last thoughts before sending me off.

Mom: Be good. Study hard.
Me: I will, Mom. I promise.
Mom: You need a good education. It’s important.
Me: I know, Mom. I’ll make you proud.
Mom: Good. You have to have something to fall back on in case no one marries you. 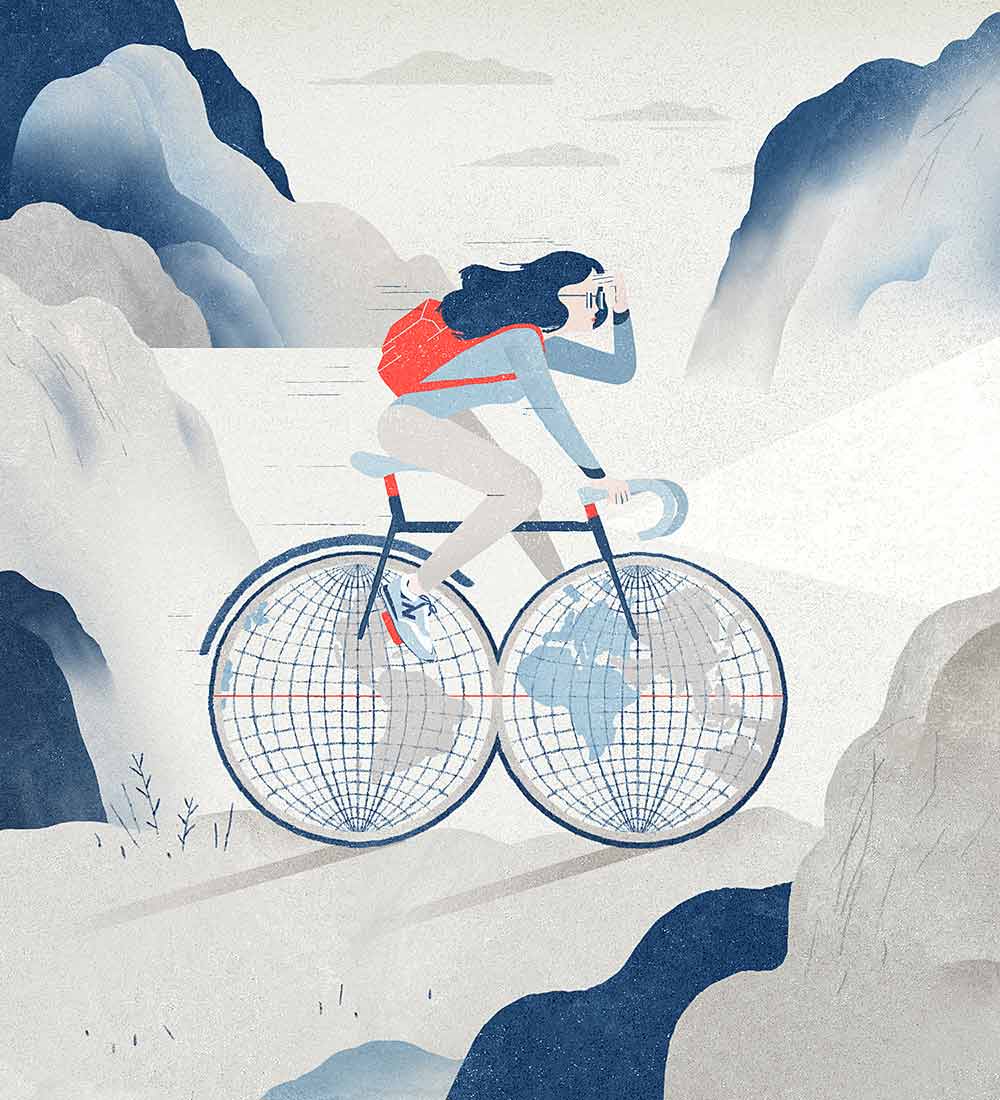 There it was, the twist in a story that I thought I knew by heart.

I spent the next three hours on that plane trying to figure out exactly what I was supposed to do with this bombshell. Was there some sort of mom crystal ball that had revealed my future as an educated spinster? It wouldn’t surprise me; my mom had always seemed to know things before they happened. By the time I reached Chicago, I was at peace with my fate.

In the ensuing years, I came to understand two things: Hindsight is a gift, and my mother is a wise woman. Buried in that awkward goodbye was an important message about love and life.

Mom wanted me to know that life is uncertain, and the road taken is seldom straight or smooth. During my journey there would be twists and turns, and I would have to navigate them. I would walk down paths that led to dead ends. Others might take me to better places than I was originally headed. My mother wanted me to know that if I studied hard, learned to think for myself and planned for my own future, I would always be safe, secure and able to handle any twist life could throw at me.

After earning my M.B.A. at LMU, I worked in marketing, traveled a lot and climbed the corporate ladder. In my 30s, there came a twist. Someone dared me to write a book. I won’t lie: I not only hesitated, I agonized. This was risky business. I weighed the pros and cons, and then I walked off my wide, safe road onto a rocky, uncharted path. It proved harder to traverse than I had imagined. The challenges were daunting, the work exhilarating, the financial rewards initially nonexistent. Thirty books and 30 years later, I am a novelist.

I am also long-married, just in case you were wondering.

Thank you, Mom, for telling me the truth.

A twist can be disconcerting, but it is not irreversible or insurmountable. A twist can even lead to awesome things. Be brave. Be bold. The grace with which you journey to your fate depends on the courage with which you navigate the twists in your road.