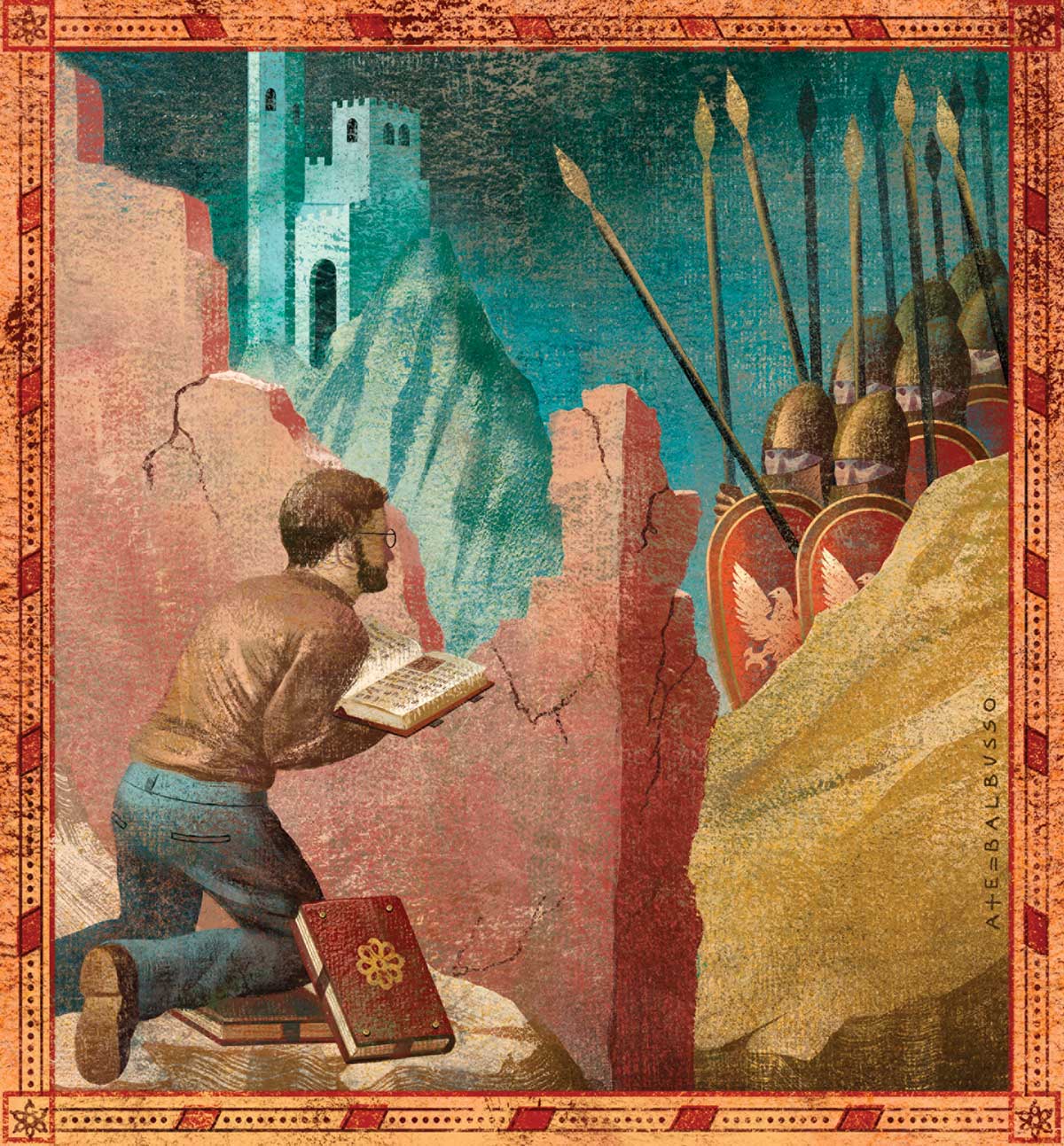 As a medievalist, I am continually faced with a particular question sometimes asked in roundabout ways: Who cares about medieval literature? This skepticism exemplifies society’s increasingly prevalent, if unspoken, sentiment that history is outdated and useless. Yet, in returning to the dusty pages of ancient manuscripts, I find new wisdom continually emerging. In a literature inextricably bound with history and culture, human truths speak to us across the ages.

A fundamental element of medieval English literature is the presence of tradition, with nearly all texts being woven into a historical context. As a student at Oxford University, I have come to understand tradition in a new way. The first time I visited the storied university, I realized that the cultural mystique surrounding it was quite well grounded. In many ways, Oxford is as arcane as the literature that I study. From the ancient buildings to the enigmatic rituals, spending time there is like stepping back into the high Middle Ages (c.1000–1300). Because of this powerful sense of tradition, I have been immersed in a feeling of shared identity stretching back eight centuries.

Oxford’s tradition appealed to me because it helped me think more critically about my own time. For me, history is a mirror of the present, showing the trajectory of modern humanity. The poet W.B. Yeats believed all history circles back to repeat itself in some new way. This is evident all around us, as our American society has, in fact, started a dangerous course back toward the Middle Ages. The medieval Church’s censorship and absolute indoctrination, for example, can be seen creeping into American politics. In our polemical environment, we are becoming less inclined to question the prevailing social narrative. The more we understand the tradition of history, however, the less likely we are to repeat its mistakes and the better able to understand ourselves as human beings.

In medieval literature, tradition is also balanced by its opposite, a counter-tradition. While editing a manuscript called “The Rych Cheyne,” I found a creative organization of the biblical Proverbs. The anonymous author had written the passages out of the Bible’s order, arranging them, instead, so that each verse contained a word or phrase from the preceding verse. Linking the Proverbs together in this way, resembling a chain, the manuscript carried a new level of interpretive meaning. By reshaping biblical tradition, the author was able to bring about an entirely new creation.

Similarly, in a manuscript of the medieval poem “Piers Plowman,” the text had been revised and annotated by various hands over history, creating unique readings apart from the author’s original work. Even annotations in the form of illustrations that referred to a particular word or phrase highlighted a certain theme and connected it to the era’s historical context, both subverting and building on the tradition of authorship.

This dynamic of counter-tradition is essential in understanding modern society. Just as tradition links us to others in a shared past, the subversion of tradition is a check on excessive growth of hegemonic ideas or power. By understanding the fluid nature of authorship, we see that the most powerful change can come from the most unlikely places. Just as anonymous scribes can re-shape canonical texts, the marginalized of humanity often shape the world itself.

To foster true progress, tradition and counter-tradition must be understood together. This dual presence of the old and the new in medieval literature is part of the reason I do what I do. It is by understanding tradition and reinventing it in the present that we can truly evolve as a society.