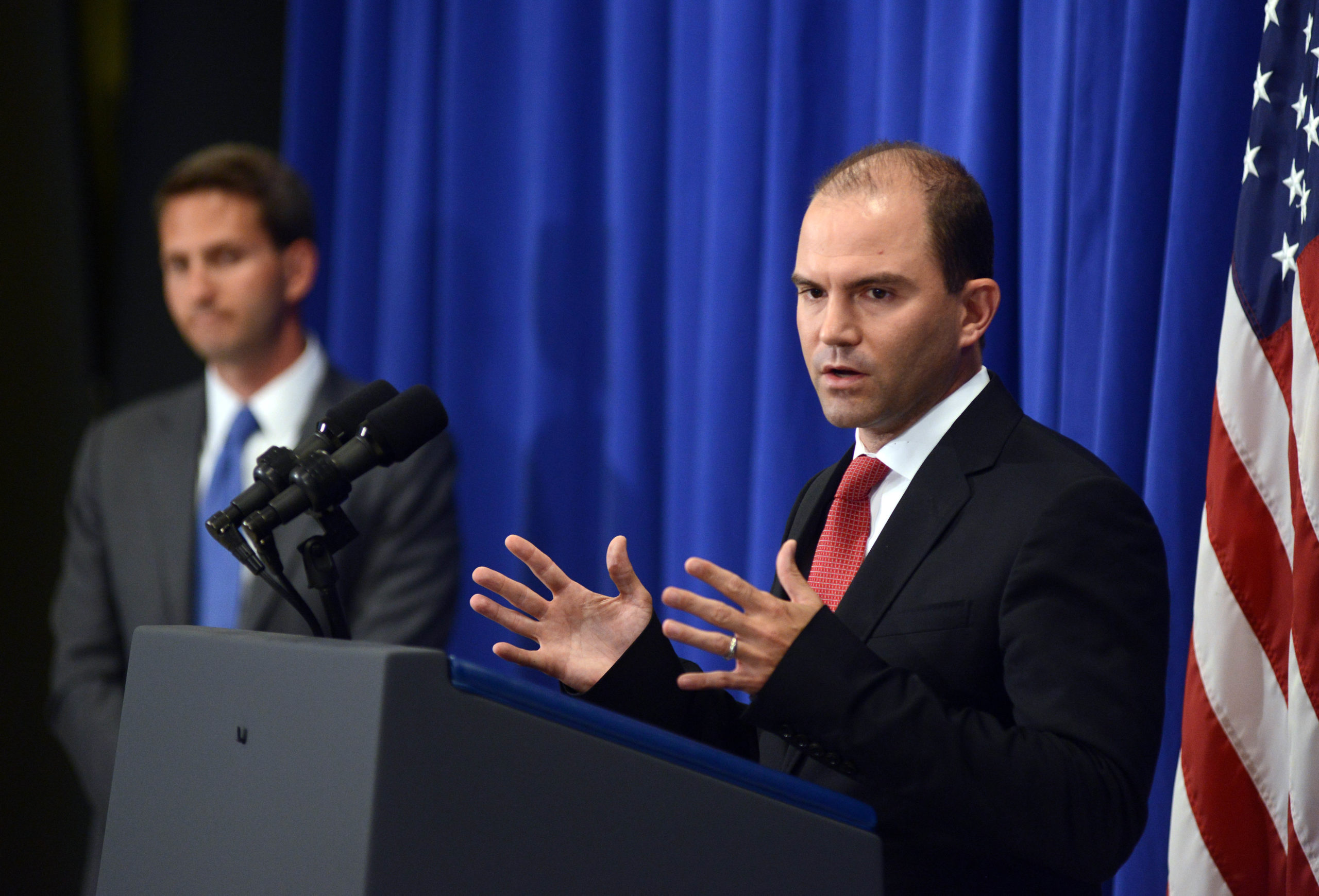 When a former national security advisor says she or he is worried about disarmament, no one bats an eye. But Ben Rhodes worries about a “history gap.” He told LMU students he fears a growing disregard for history in the United States may be an act of unilateral disarmament.

Rhodes held the post of deputy national security advisor for Strategic Communications and Speechwriting in the Obama administration from 2009–17. Not just a speechwriter, he often was described as Obama’s sounding board. He attended daily national security briefings, and he led negotiations with Cuba that ended with the establishment in 2015 of diplomatic relations between the two countries. His knowledge of history was central to his post, Rhodes said.

“If I, frankly, really wanted to dig in to a place like Cuba, where I was a negotiator with the Cubans, and I didn’t understand the history of the Cuban revolution, there’s no way I could understand anything about the people sitting across the table from me.”

His impulse to operate in the present with a deep understanding of the past was shared by the president he served. “Obama,” Rhodes said, “would always start with the historical context: How did we get here? … He was someone who very much wanted to understand the why behind whatever the issue was that we were facing before figuring out the what and how.”

Rhodes was invited to campus by the LMU Global Policy Institute and Gene Park, associate professor of political science and the institute’s director. He gave a public interview to Tia Carr ’21 and Yolanda Nosakhare ’21 in Ahmanson Auditorium in University Hall.

Rhodes told Carr and Nosakhare that his path to the White House was anything but direct. Born in New York, he graduated from Rice University in Houston with majors in English and political science. He earned a master’s degree in 2002 in creative writing from New York University. On Sept. 11, 2001, Rhodes saw the second tower of the World Trade Center struck by a plane. “I knew instinctively that I wanted my career to have something to do with a response to this attack,” he recalled. Rhodes headed to Washington, D.C., to work in journalism and ended up joining the staff of the Woodrow Wilson International Center for Scholars in Washington, D.C., where he helped draft the Iraq Study Group Report and recommendations for the 9/11 Commission. Then he moved to Chicago to join the Obama campaign.

Now a political commentator for NBC and co-host of “Pod Save America,” a podcast about foreign policy, Rhodes defended his circuitous path and unconventional résumé.

Instead of mapping a path, Rhodes explained, he followed what interested him, took a few risks and enjoyed some luck. “I worked for causes I cared about or people I believed in. To me, that’s what made the difference.”

Even his creative writing degree served him well, he said. Every political campaign and administration describes a vision of the world, and people respond and vote accordingly.

“Obama used to say to me that our whole job is to tell a very good story about the United States of America,” Rhodes said. “Storytelling is what politics is all about.”