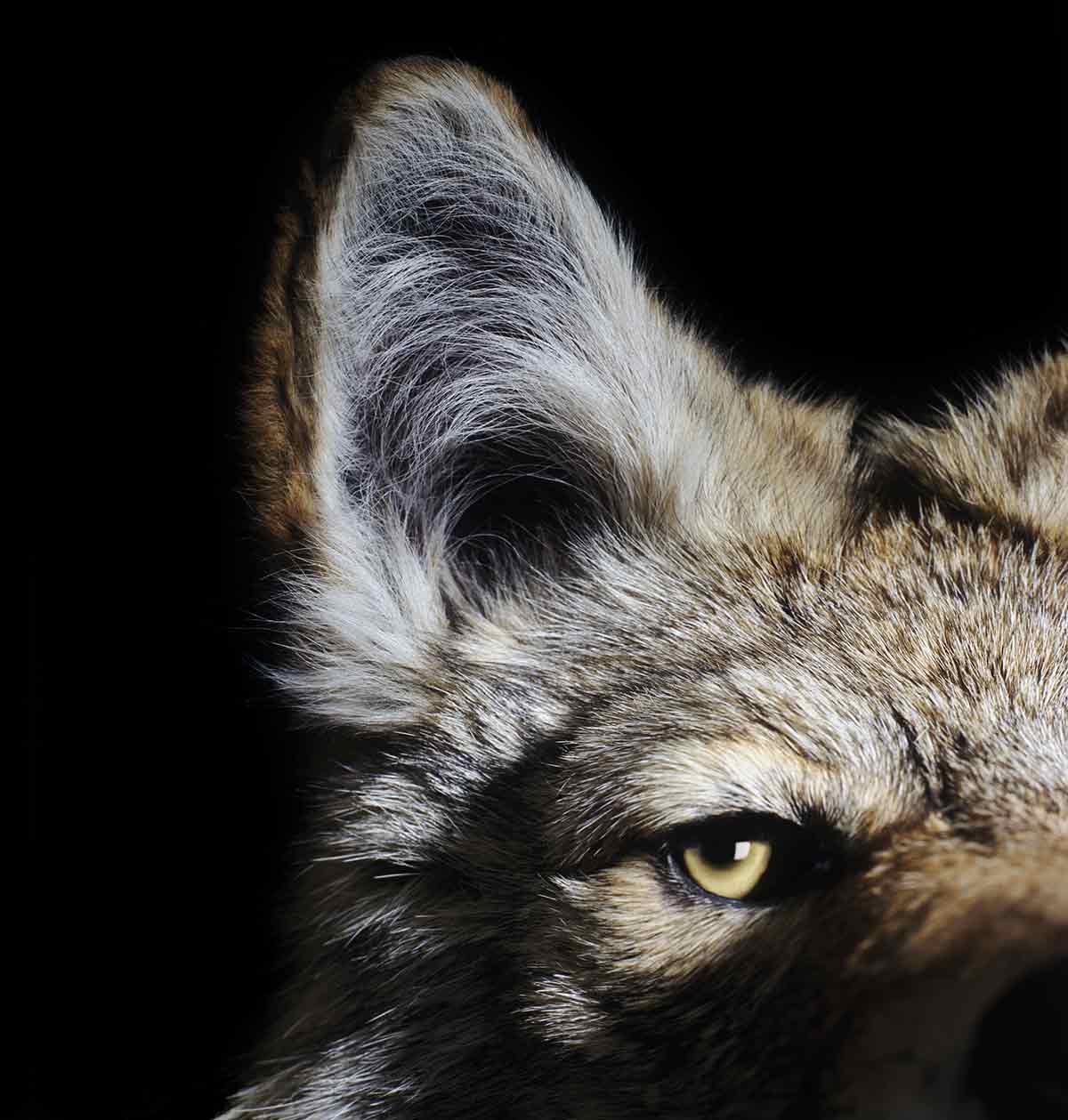 Where the built and unbuilt environments of Los Angeles meet, coyotes will roam.

LMU’s bluff perch is the starting point of terrain that morphs from urban to natural — from campus down to Playa Vista and the Ballona Wetlands just beyond. And that ambiguous geography is home to coyotes, a convenient home, in fact.

Eric Strauss, President’s Professor of Biology in the Frank R. Seaver College of Science and Engineering, has studied coyotes in Massachusetts and Los Angeles. He says the complex territory on LMU’s northwest border suits the animal’s adaptability. “Data suggest that they most closely affiliate with human habitats near open spaces,” he explains, “and will likely den in areas that are unbuilt.”

Coyotes (canid latrans) are socially adaptable as well. They may run in family groups or live comfortably as individuals, especially young males seeking new territories. And even their diet is flexible. Small mammals are their natural food. “They will eat fruit, nuts, insects — even plant material on occasion,” Strauss explains. “In urban areas, small dogs and cats look very much like prey species.” But in urban habitats, their preferred diet is human food. Controlling waste is important.

Coyotes have been prey, historically, as well as predator. Wolves have been their enemy. Fewer wolves, however, has allowed coyotes to grow larger and range farther. “This is not necessarily a bad thing,” Strauss says. Coyotes help limit the uncontrolled growth of mammals that threaten birds. Bird depletions could, in turn, allow for uncontrolled growth of insect populations that may carry human disease, such as West Nile Virus and Lyme disease. “In a complex way,” Strauss says, “coyotes may provide ecosystem services to humans, help protect healthy bird populations and help limit zoonotic diseases.”

But coyotes still face threats: road traffic, poisons, interactions with large dogs and human hunting. If urban and natural habitats increasingly mingle, as near the LMU campus, then perhaps it makes sense that human-coyote relationships are complex as well. “Humans are both the coyote’s most important resource and its greatest threat,” Strauss says.