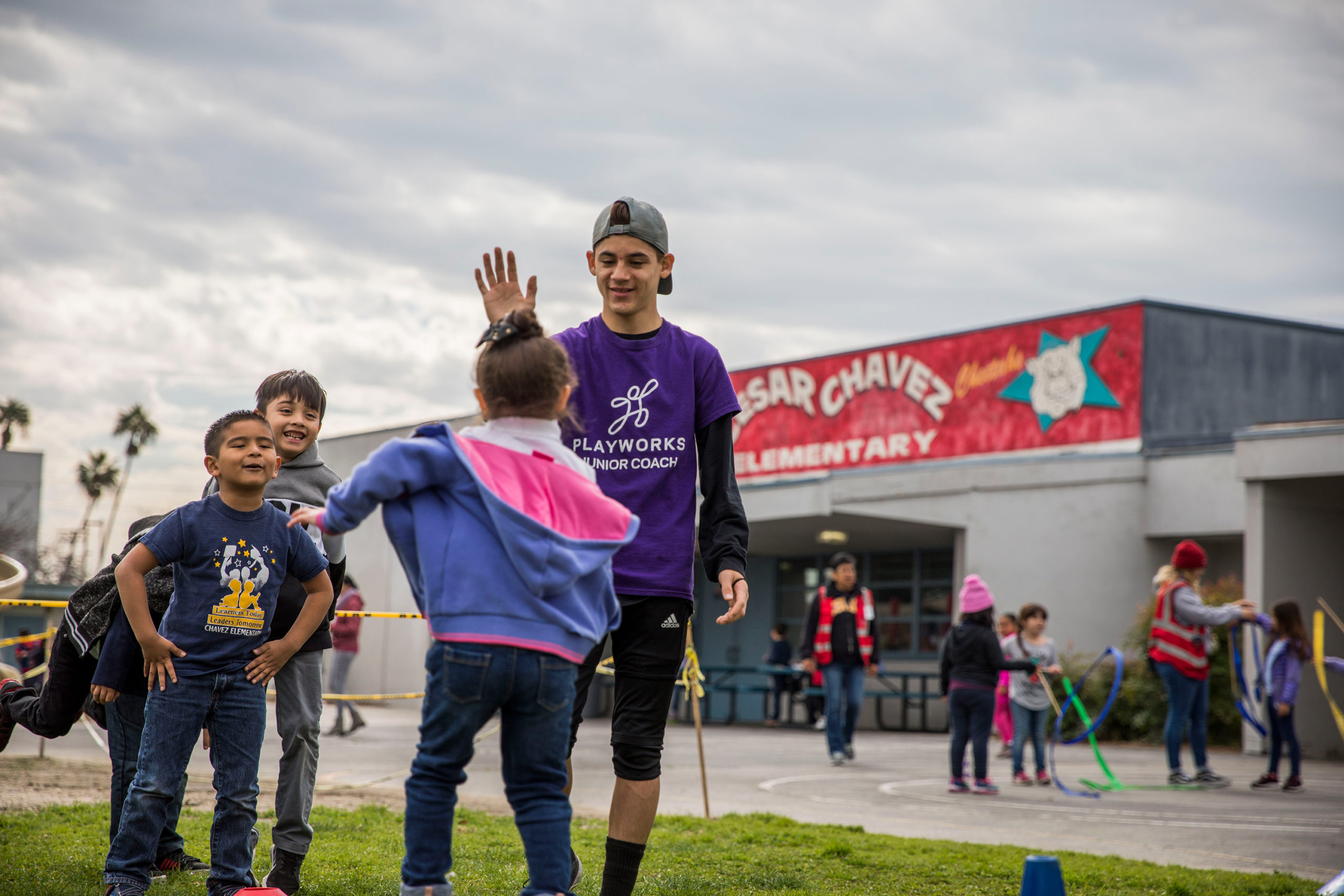 Martin Hernandez was in fourth grade at Norwalk’s Cesar Chavez Elementary School when he first became involved in after-school sports activities offered by Playworks, an organization founded in 1995 in Oakland, California, “to help schools make the most of playtime.” His introduction came via his sister Citlaly, who participated in the program first. “She let me know how much fun it was,” Martin, now 16 and a sophomore at La Mirada High School, recalled recently by telephone, “so I signed up. I liked playing with other kids, and playing against other schools. It taught me to become a leader and to be responsible.”

Martin’s experience is echoed by more than 700,000 students at 1,300 schools across the country for whom Playworks — which receives funding from the LA84 Foundation, among many other sources — has made available an important opportunity. Partly, this is a matter of athletics, but equally necessary is a sense of breadth, of discovery. Before beginning with the program, Martin, who describes himself as a sports enthusiast, enjoyed soccer. Playworks, however, exposed him to additional activities, including stick hockey, baseball and football. “My favorites,” he said, “were soccer and volleyball.” Then, there was his experience as a junior coach, a kind of peer mentorship position that he first assumed in elementary school. “Basically,” he explained, “you learn how to handle disagreements.” Asked to elaborate, he recounted a dispute between two sixth-graders that happened after he moved to Waite Middle School in Norwalk. “There was one soccer ball in use,” he remembered, “and both students wanted to play with it. So, I asked a supervisor if I could bring out another ball.”

Martin spent four years participating in Playworks, as an athlete and a junior coach. In eighth and ninth grades, he took part in the LA BIG 5K run. His enthusiasm for the program, which met twice a week after school, is infectious, and highlights the importance of such activities both on and off the playing field. “I liked having fun with other students,” he said. “I liked being part of the group.” This is a key reason for the importance of athletic programs — the way they foster community and accountability.

In part because of his experience with Playworks, Martin is currently enrolled in the city of Norwalk’s Public Safety Cadet program, which is open to students between the ages of 13 and 18 and helps to foster “self-esteem through positive social interaction, leadership development and team-building skills,” according to its website. For Martin, the potential benefits are more far-reaching, extending out into the future he hopes, one day, to occupy. “When I’m an adult,” he told me, “I want to be an electrical engineer. All of this will help me to stay focused, and to work well with my co-workers.”

In the meantime, Martin likes to do his homework and “to hang out with my friends and family.” When nothing else is happening, he visits a local soccer center to work on his skills. Again, it’s not only the game that is important but also the constructive, and connective, use of time.

This, of course, is the whole idea behind play equity, which insists that every kid deserves the benefits of play. Most may not grow up to be athletes, but this doesn’t mean sports shouldn’t play a role in their lives. Play, after all, is about more than winning and losing. It promotes teamwork. It helps to build a sense of commitment and a sense of self. Or as Martin put it: “It was uplifting. It was really fun. I’d never done anything like this before.”

David L. Ulin, a frequent contributor to LMU Magazine, is a 2015 Guggenheim Fellow and the author of “Sidewalking: Coming to Terms with Los Angeles” and “The Lost Art of Reading: Books and Resistance in a Troubled Time.” Follow him @davidulin.