In 1994, I was appointed composer-in-residence for the Los Angeles Master Chorale under the baton of Maestro Paul Salamunovich, launching a relationship joining composer, conductor and ensemble that would last for six years, and resulting in a Grammy nomination for Paul and the chorale for Best Choral CD of 1998, “Lauridsen — Lux Aeterna.”

I was thrilled at the prospect of working closely with Paul, who by this time was an iconic and beloved figure in the choral world, the recipient of numerous prestigious honors, and one of the most sought-after clinicians by choruses around the world, all while maintaining his dual posts as choral director at St. Charles Borromeo Church in North Hollywood for nearly 60 years and serving as long-time director of the choral program at LMU.

I met with Paul at his home studio nearly every week during my residency to discuss and play through my compositions. The music I composed for him was carefully designed to underscore and highlight his deep knowledge of the sacred Latin liturgy, his expertise in conducting Gregorian chant, his devotion to God and the unique choral sound that Paul crafted for the LAMC.

The motet texts I chose to set to music from the Latin liturgy, “O Magnum Mysterium” and “Ave Maria,” were favorites of Paul’s, both having been used by countless composers throughout the ages. At the 1994 premiere of “O Magnum Mysterium,” Paul addressed the audience in the Dorothy Chandler Pavilion, remarking that Victoria’s 1592 setting of that text had long been his favorite composition and predicting that my new one would be its 20th century equivalent, certain to be widely performed throughout the world. At the request of the Wall Street Journal, I wrote an article on the relationship between my musical setting and the Baroque artist Zurbarán’s “Still Life with Lemons, Oranges and a Rose.” And, as a 70th birthday gift for Paul, I composed an a cappella setting of the “Ave Maria” text.

In 1997, Paul and the LAMC premiered my “Lux Aeterna” with orchestra at the Dorothy Chandler Pavilion followed by the organ version with James Paul Buonemani the following week in the LMU chapel. I commenced composing this 27-minute meditation on the theme of illumination two years earlier while dealing with my mother’s final illness. I had assembled ancient, sacred Latin texts from a variety of sources, all referencing this “light” theme — the opening and closing of the “Requiem Mass,” a portion of the “Te Deum,” “O Nata Lux” and “Veni, Sancte Spiritus” — to which I turned for solace and strength during this trying time.

Reflecting Paul’s immense knowledge of the music of the high Renaissance, the “Lux Aeterna” references many compositional characteristics, including chant-like melodies, intricate counterpoint, consonant harmonies, fauxbourdon, word-painting and formal procedures found in music of this era. The work concludes with a joyful “Alleluia,” celebrating the victory of light over darkness. The acclaimed recording by Paul and the LAMC was broadcast by KUSC on 9/11 as an antidote to the horror occurring in New York. 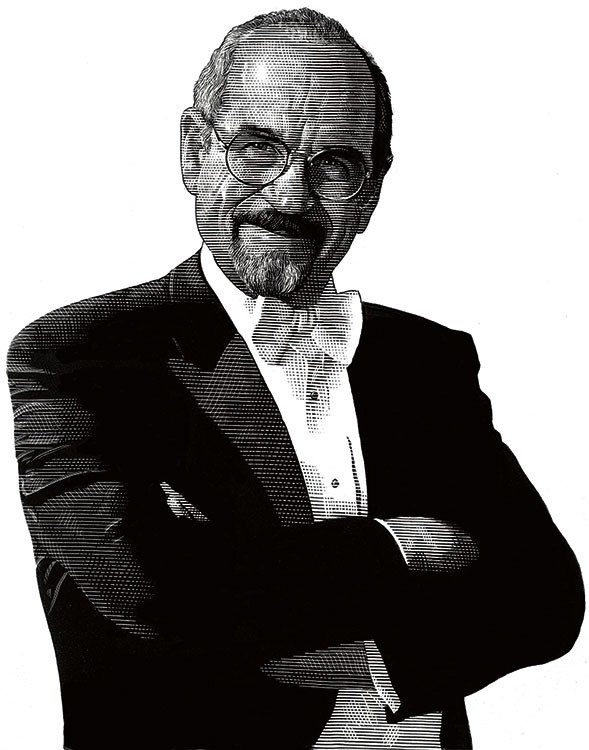 Paul told me that he had waited his entire life for this music. In turn, I said to him that his essence was in every note of these works, and it was his and the Master Chorale’s superb artistry combined with the timeless, sacred Latin texts that inspired their composition. In the award-winning documentary, “Shining Night: A Portrait of Composer Morten Lauridsen,” Paul discusses these pieces and ends by saying that having his name on the score of each had made him famous all over the world.

Paul’s artistry will continue to live on through numerous recordings, his legacy of teaching and performances, and the music of mine he premiered. His long relationship with LMU will always be a source of great pride for the university. But for those of us fortunate to have known and loved this splendid man, he remains deeply in our hearts as we now imagine him conducting choirs of angels, carefully balancing their voices, honing their individual tones and instructing them on the very best way to approach and sing a high note.