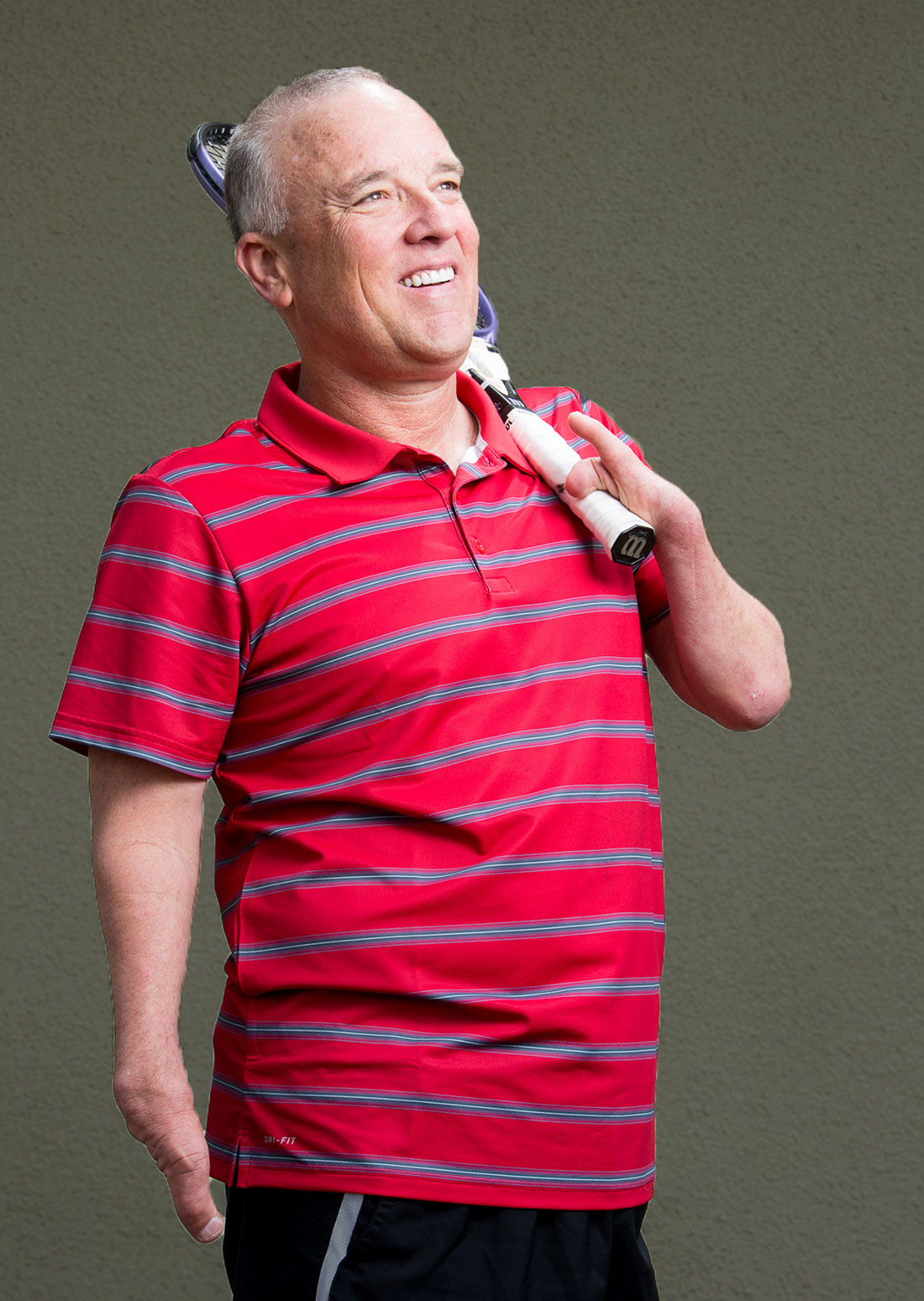 When Roger Crawford got the finger on his right hand stuck in a tennis racket, he realized he could play the game. He has a condition called ectrodactylism, the absence of fingers or toes. All four of Crawford’s limbs are disfigured. At LMU, he made the tennis team under Coach Jamie Sanchez ’75. He had to qualify like anyone else, Sanchez says.

Crawford was the first athlete with four impaired limbs to compete in an NCAA Division I sport. He had surprising mobility, and he cultivated consistency. “I wasn’t the fastest or most powerful player,” he says. “But I did learn that hitting the ball over the net one more time than the other person would win the point.” His career record at LMU was 22-11.

Now an inspirational speaker and author of several books, Crawford received the 2013 ITA Achievement Award from the Intercollegiate Tennis Association on Sept. 6, 2013. Tennis legend Stan Smith presented it to him. In 1994, he had been inducted into the LMU Athletics Hall of Fame.

Crawford says appreciating failure may be his most important life lesson. Failure, he recalls, “happened so frequently that I learned not to fear it but to anticipate it and learn from it. Failing helped me narrow my focus on what I could do well. I find that if you’re going to fail, you want to do it quickly and learn from it quickly. Failure is fuel to move you forward, not to propel you backwards.”