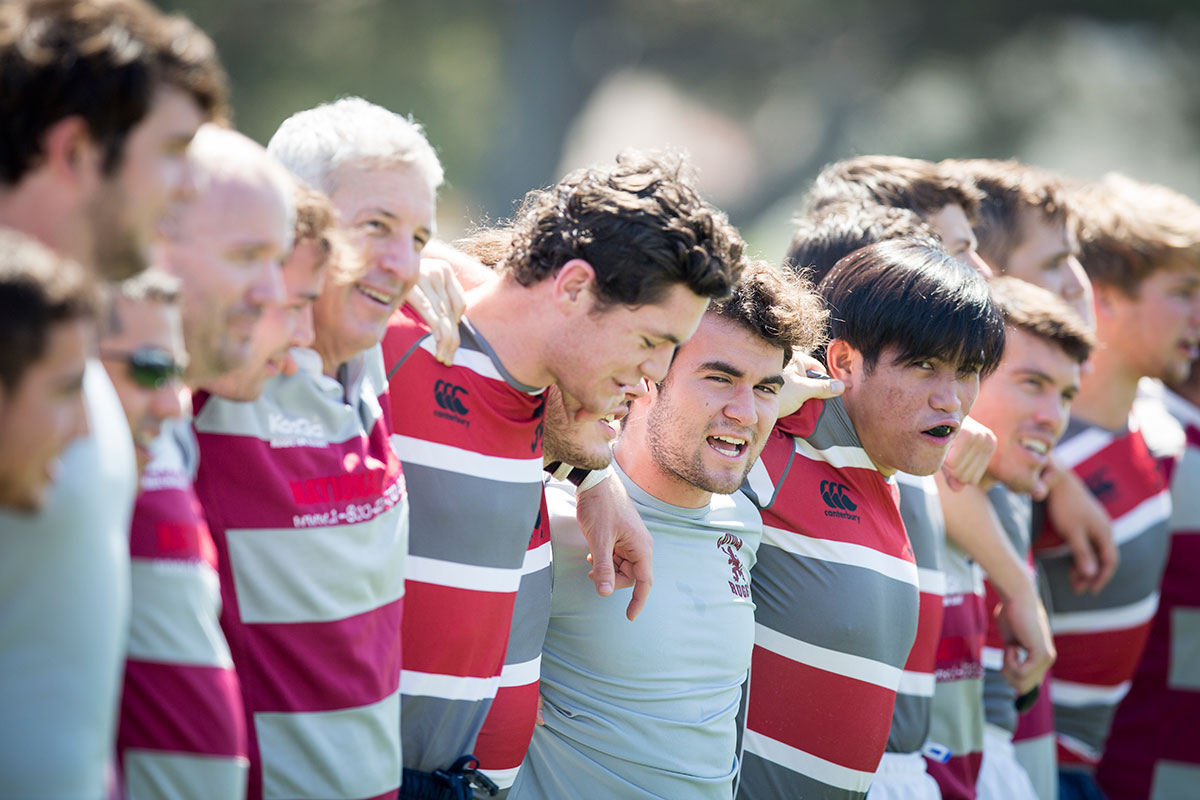 There’s a cup on the line every season when LMU and Occidental College face off in rugby — the Doherty Cup. LMU’s team kicked off its first season in 1958, and the Lions and Tigers have battled out their rough, physical conflict with almost no pads every year for 51 years, half a century. After the final whistle, the cup is awarded. But, as you might expect with rugby, it’s a tradition with a twist. “The cup doesn’t go to the winning team, or the guy who won match or who played the best,” says Ray Thompson ’77, LMU rugby coach and former Lion rugger. “It goes to the player who most plays in the fashion of Darren Doherty ’02, a competitive young man who passed away shortly after his graduation. The cup-winner’s name goes on the trophy.” The cup was donated by Doherty’s employer, Wedgewood Industries, after the player’s death.

Rugby, of course, is about nothing if not tradition. An annual alumni match has been played every year since 1960. Most of the alumni roster is usually made up of recent grads who want to play against their friends and former teammates. But a few graybeards always show up. This year’s game drew several who graduated in 1970, and the eldest among them was Joe Wilson ’67. “He was on the pitch for more than a few minutes,” Thompson recalls.

During the season, the team huddles before each match to sing the LMU fight song. In the alumni game, that means two opposing teams sing as one: alumni and current players line up and lock arms to belt it out together. In two years, 2018, the program will mark its 60th anniversary. The 50th anniversary celebration pulled about 300 people, Thompson says, and he expects the next big year probably will do the same. Two squads, and their friends, will likely swell to the size of a chorale. If their vocal performance isn’t overwhelming, their spirit, no doubt, will be.