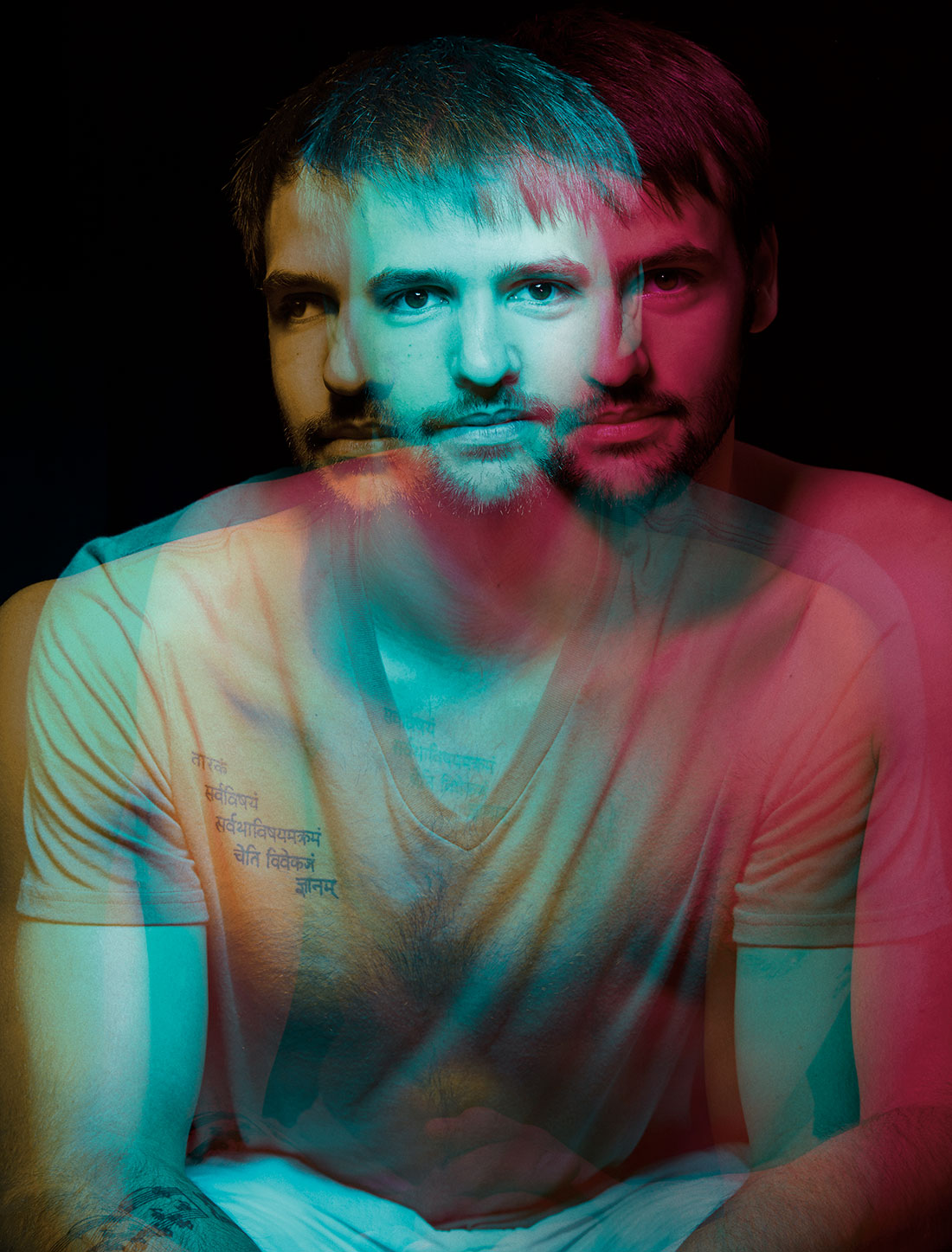 It was in high school that I realized there might be something different about me compared with other people. I always felt different, even then, but I never coined it as synesthesia until three years ago, when I was talking with my therapist. I did meditative practice at the time in which I put on headphones and listened to music, focusing on what I saw. I was describing how it was difficult to maintain the visuals that I was seeing, because I would start thinking about them and then expect them to happen. My therapist said, “It sounds like you have synesthesia.” It was the first time I heard the word. I did research and found that my experiences were like those described as synesthesia.

One way to describe what I experience is I hear things that I see, and I see things that I hear. Touching, smelling and tasting produce images. I can see my physical pain — my back pain has a color. Movement causes sound in my brain. I can see my emotions. Gratefulness has a color: It’s green. Anger is red. Anxiety is interesting. There’s a lot going on — red, green, blue, white and black, but fragmented, small and moving constantly. If I’m in a restaurant with 10 or 20 conversations going on, the overstimulation is stressful. Throw music on top of that, and a loud kitchen, and I’m in hell. To get rid of overstimulation, I listen to very structured music, like Baroque music.

I can remember seeing things differently as a boy. I remember listening to a piece of electronic music and thinking about what it looked like: a lot of red, green and blue flashing in a pattern with the notes. If you were to play it for me today, I’d see the exact same pattern.

I remember writing numbers in second grade. Even then, it was a very colorful experience because each letter and number had a different color. In addition, each number and letter has a distinct personality based on its shape. The roundness of two always made it seem friendly to me. Five is light green. Green is one of my favorite colors, and five is a very friendly number. Zero is black, which is interesting because zero represents a void. Seven’s color is beige and tan. It’s sharp and angular — the opposite of two. Ever since I was a kid, seven has been suspicious to me.

I’ve never found that people disbelieve me when I tell them about my synesthesia. Usually, they are intrigued. People often say, “What does my voice look like? How does my name look?” Everyone’s name, with the letters arranged in a certain way, has a very visual and colorful appearance to me. Your last name is purple and blue, because W is purple and L is blue. It’s calm to me. My name, Griffin Guez, is green to me.

Music is definitely my baseline for experiencing the world. I see the world in a very musical, or artistic, way, because essentially I’m living everything as if it were a metaphor for something else. Everything that I hear has an automatic association with vision. Art is very much about metaphor. My synesthesia gives me an automatic metaphor.

Having synesthesia is helpful to me when composing. When I’m working on something I ask, “What needs to be seen there?” That gives me a very specific idea about what I need to find, how often it needs to repeat. When I’m playing the piano and trying to figure out how to phrase something, the easiest way to achieve that is to see in my head the comparison of the notes in their size and length. I’m able to ask myself, “How do I want to see it?” I’ve been studying the history of composers and finding that Mozart, Liszt and Mendelsohn probably had synesthesia. Olivier Messiaen had it.

The thing that excites me the most is that, for the rest of my life, I am going to have the ability to see music and have full-on orchestras cinematically happen in my head without any effort whatsoever.