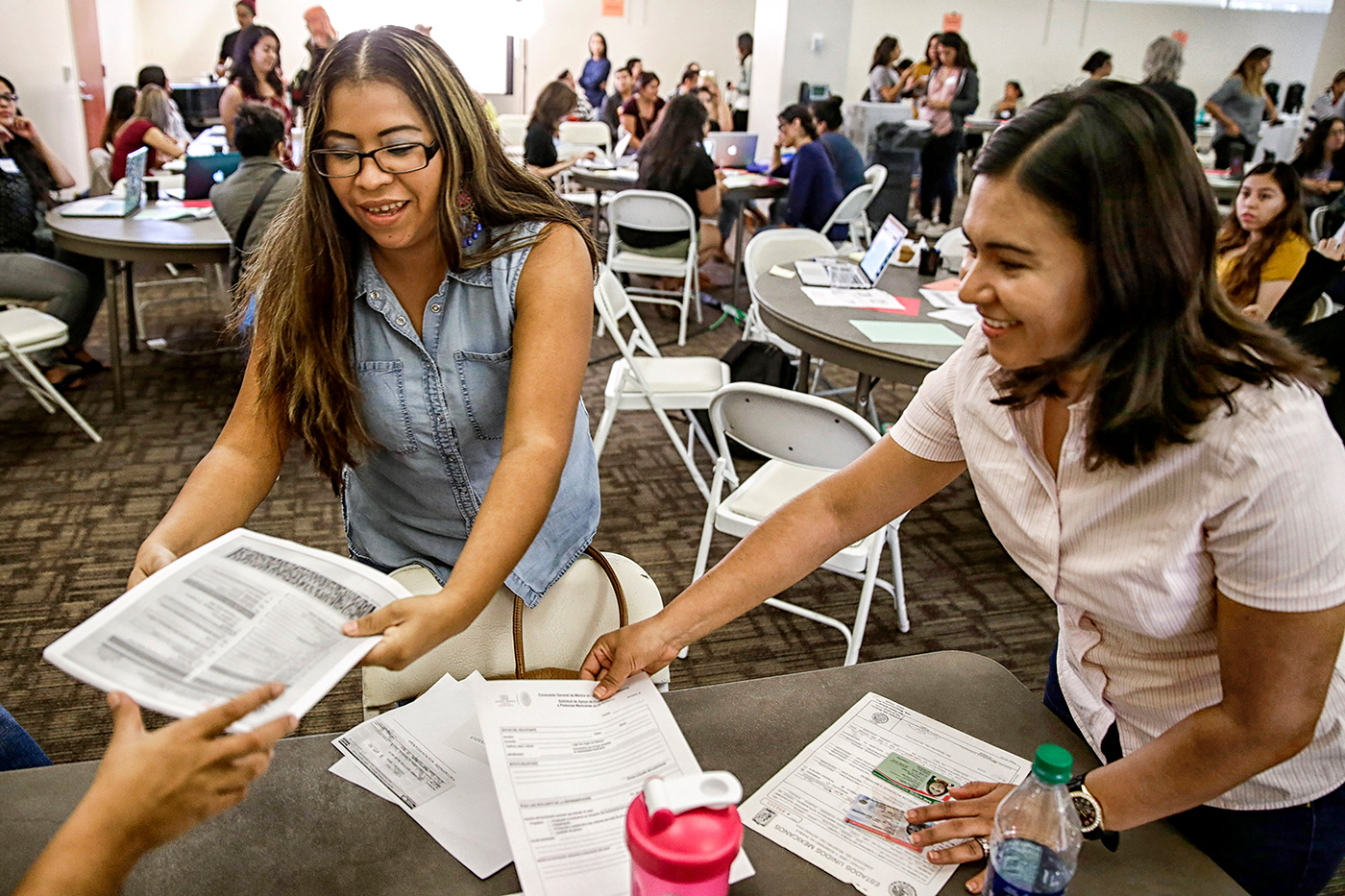 The fate of some 800,000 children and young adults who live in the United States and were brought into the country by parents and guardians has taken center stage in recent months in the nation’s politics and in Catholic institutions. Support for the DACA (Deferred Action for Childhood Arrivals) program has become a priority for the United States Catholic Conference of Bishops and many Catholic universities, including Loyola Marymount University. Even Pope Francis has addressed the issue.

On Sept. 16, the Loyola Immigrant Justice Clinic (LIJC) at Loyola Law School held a free workshop to process DACA renewals for registrants whose protection from deportation and permission to work were about to expire.

Marissa Montes LLS ’12, co-director of LIJC, told the San Francisco Chronicle that the DACA program has been a boon for families and communities. “It has allowed parents to work legally in the U.S. and earn an income in order to provide for their families,” she said. The clinic expanded its DACA-specific outreach starting in fall 2016 and has conducted sessions at Dolores Mission Church and East L.A.’s Homeboy Industries.

This past October, LMU hosted the Catholic Immigrant Integration Initiative Conference. The three-day meeting examined a growing network of Catholic institutions working on immigrant integration, empowerment and wellbeing. Prominent among the gathering’s speakers was Los Angeles Mayor Eric Garcetti. The United States Catholic Conference of Bishops was represented by three bishops, including the Most Rev. David O’Connell, auxiliary bishop of the Archdiocese of Los Angeles, who gave a keynote address.

Attendees of the conference examined an array of issues including: parish-based legal services for immigrants; advocacy at the federal, state and local levels; philanthropy and immigration work; and the role of immigrants and underserved communities in Church leadership. Attendees also made site visits to two social service organizations supported by Catholic Charities of Los Angeles and to Dolores Mission Catholic Church in the city’s Boyle Heights section.