As professor and then dean of Loyola Law School, and as provost and then president of Loyola Marymount University, David W. Burcham made tens of thousands of decisions.

But, to the future success of the law school and the university, perhaps none was as momentous as the first one — to leave a nascent and likely highly remunerative law career to return to teaching. How many lives were changed on that day, in that moment?

Making a decision might be the most personal thing we do.

We put our whole person into going left or right, up or down, status quo or the road less traveled. Yet ironically this most personal choice can affect thousands of people, some already in our circle and some who can hardly be imagined.

In the Spiritual Exercises of St. Ignatius, discernment is emphasized as a tool to help illuminate ways to choose between two goods. In the case of David Burcham, we may call his choice a fortuitous moment in the history of LMU. 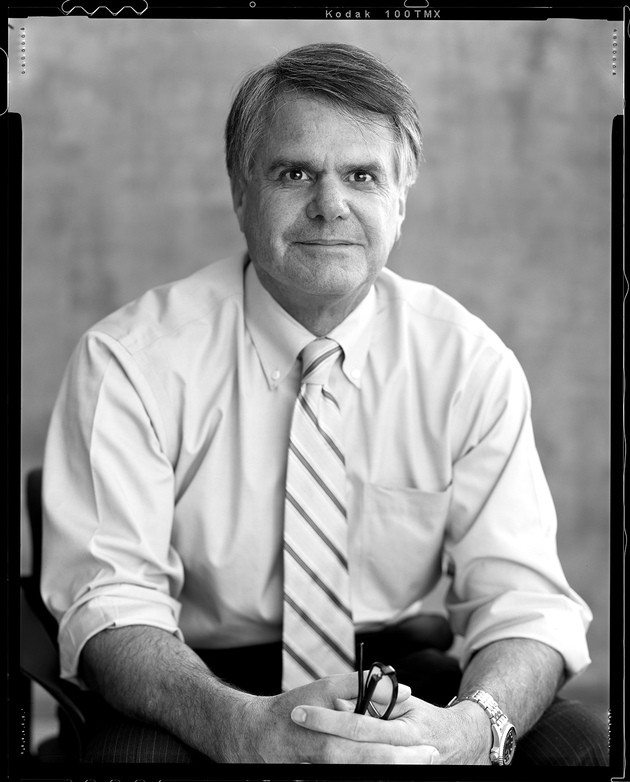 Before graduating first in his class from Loyola Law School, Burcham was a teacher and administrator in the Long Beach Unified School District in Long Beach, California. He felt that same call tugging at him again after graduating law school and beginning a career in private practice, which he also enjoyed. It took him many months to decide what to do — he had a young family, and he’d have to take a two-thirds cut in pay — but decide he did.

Two and a half decades removed from that decision, and as he is now stepping down after a remarkable career as professor and leader, its effects are clear. At LMU, under Burcham’s leadership:

Additionally, during Burcham’s time at LMU, the university set records for its number of applicants, and it enrolled increasingly diverse and academically talented freshmen. LMU’s average first-year retention rate for the past four years is above 90 percent, a laudable mark.

With all that, Burcham will step down as a singularly accessible president, his casual campus walkabouts renewing every day his decision to teach, form and support students. Burcham’s decision was not only personal, but personable.

In Ignatian spirituality, discernment helps us to clear away those things, whether positive or otherwise, that get in the way of our ultimate goal in life. David W. Burcham achieved what he set out to do. His decision to become an educator came with risks, and it was, in the deepest sense of the word, right. The ripples — foundational, humane, transformative and resonant — will change lives forever.

To view what others within the LMU community think of David W. Burcham and his presidency, please see "The Burcham Tributes."