Hitting the target is great; exceeding it is even better. We wouldn’t expect any-thing less from the LMU community. The university received individual gifts ranging from $1 to more than $57 million. No matter how large or small, everybody’s gift made an impact. With contributions from alumni, current student, faculty and staff, corporations and foundations, and LMU friends who believe in our mission, we surpassed our goal, raising $411 million for “Right Place. Right Time. The Campaign for LMU,” including $51.6 million in its final year alone. In addition, more than 34,000 new donors contributed to LMU during the campaign. Donations helped to build new facilities, including the William H. Hannon Library, and to establish 267 named scholarships as well as 20 endowed chairs and professorships. For more about the campaign’s impact, click here. 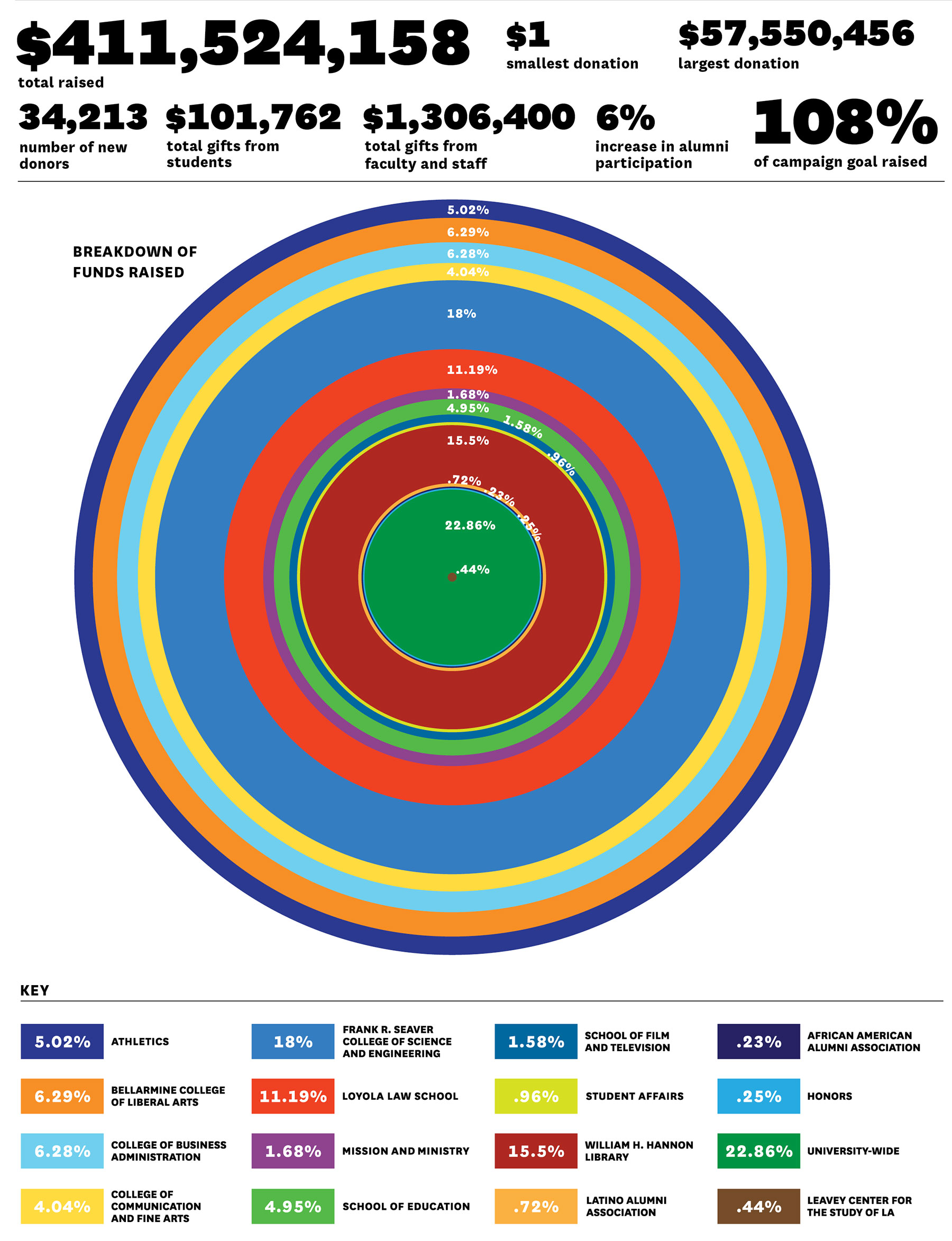