Training and Developing the Elite Athlete

By Patrick Dixon and Keith Ellison

Athletic success in college sports today depends as much on training and overall wellness as it does on talent, drills and repetitions. Here’s a look at some of the work to prepare LMU athletes before the starting whistle blows. 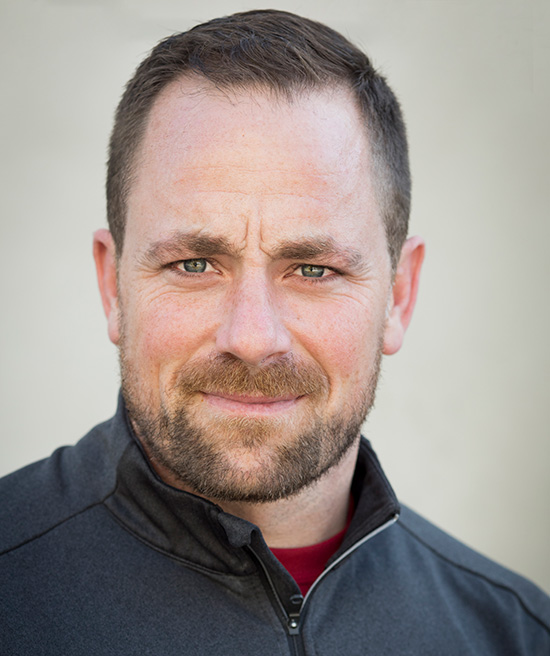 Patrick Dixon is LMU assistant athletic director for sports performance. He oversees the implementation of strength and conditioning programs tailored to specific sports and their athletes. Dixon earned a bachelor’s degree in exercise science, with a minor in sports nutrition, as well as a master’s degree in kinesiology. He holds multiple certifications in strength, conditioning and other sports performance fields. 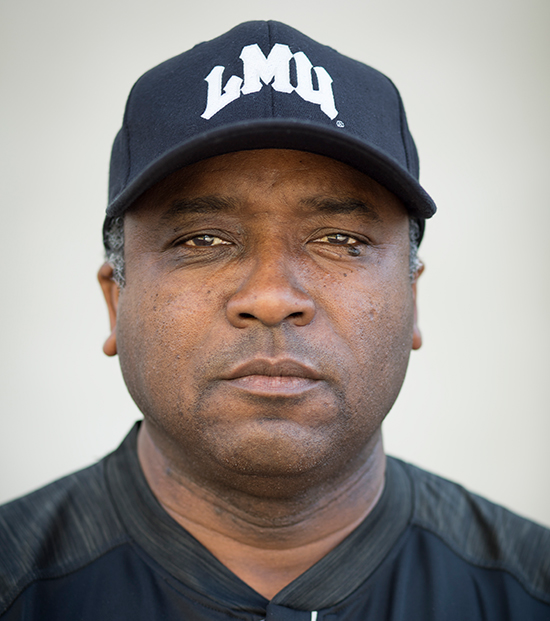 Behind the scenes of all Division I athletics programs are specialists in sports performance and sports medicine, fields that have become crucial to athletic health and success. Sports performance includes mental and physical training, exercise, and nutrition. Sports medicine involves fitness and the prevention, assessment and treatment of injuries. Today, both are technologically oriented, information-driven specialties.

But it wasn’t always so, says Keith Ellison. “In the ’90s, I feel there was a more reactive approach to sports injuries. When an injury occurred, you would just fix it. … If players sprained an ankle, you would rehab them and get them back on the court or field as quickly as possible.” 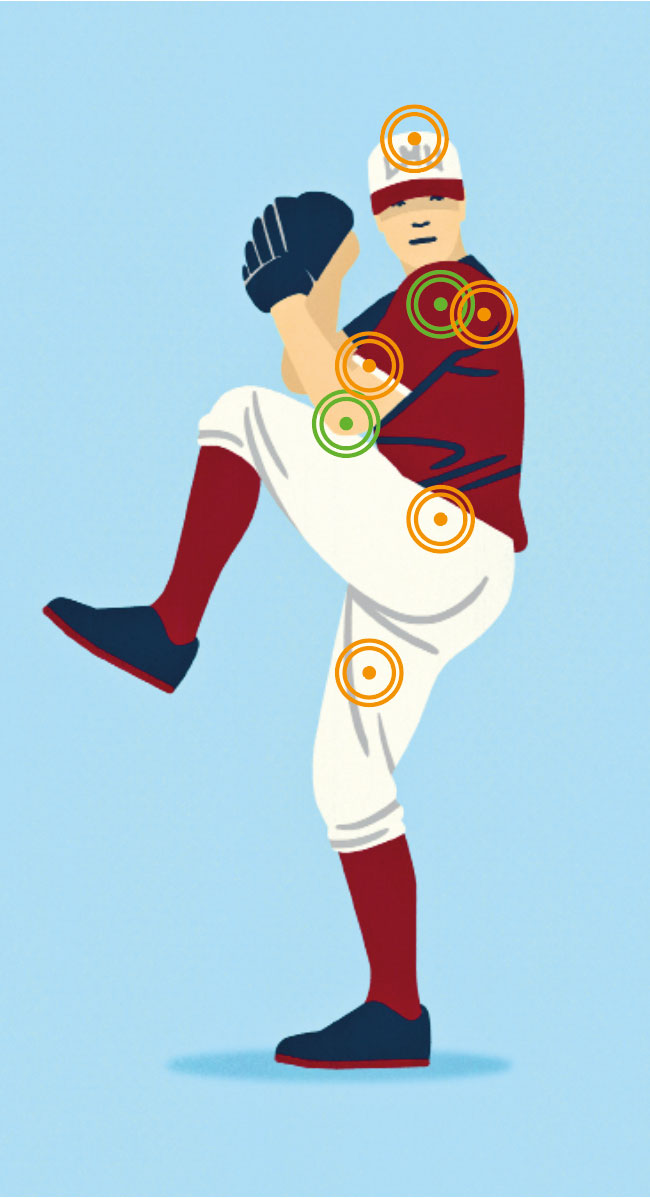 ELLISON: We focus on shoulder flexibility, and strengthening the scapular and rotator cuff muscle group. Baseball players can develop restriction in the shoulder muscles, so we use various techniques to help them maintain mobility. In general, shoulder injuries are the most common, especially impingement and rotator cuff tendinitis. The most serious pitcher’s injury is to the ulnar collateral ligament in the elbow, which requires reconstruction, also known as Tommy John surgery. That’s a graft procedure in which the ligament is replaced with a tendon from elsewhere in the athlete’s body.

DIXON: I pay attention to shoulders, hips and groin. In baseball, a game lasts 2.5 to 3 hours, and for about 90 percent of the time players are standing around. You must make sure they’re ready for explosive effort. I want batters to be as strong as they can be pound-for-pound, so they have more mass behind the ball when they’re hitting. Pitchers throw 90 mph-plus, so you have to study how their body handles that type of torque and velocity, including the base of the body — you don’t want a pitcher to throw 100 pitches in a game if he isn’t strong enough to control the torque and velocities. Every pitcher should have a shoulder- and arm-care routine. I’m very concerned about rotator cuff development, scapular stability and trapezius development. As for mental performance, vision training and mindfulness are important, because you’re trying to hit a ball with a closing speed that’s about 90 mph. 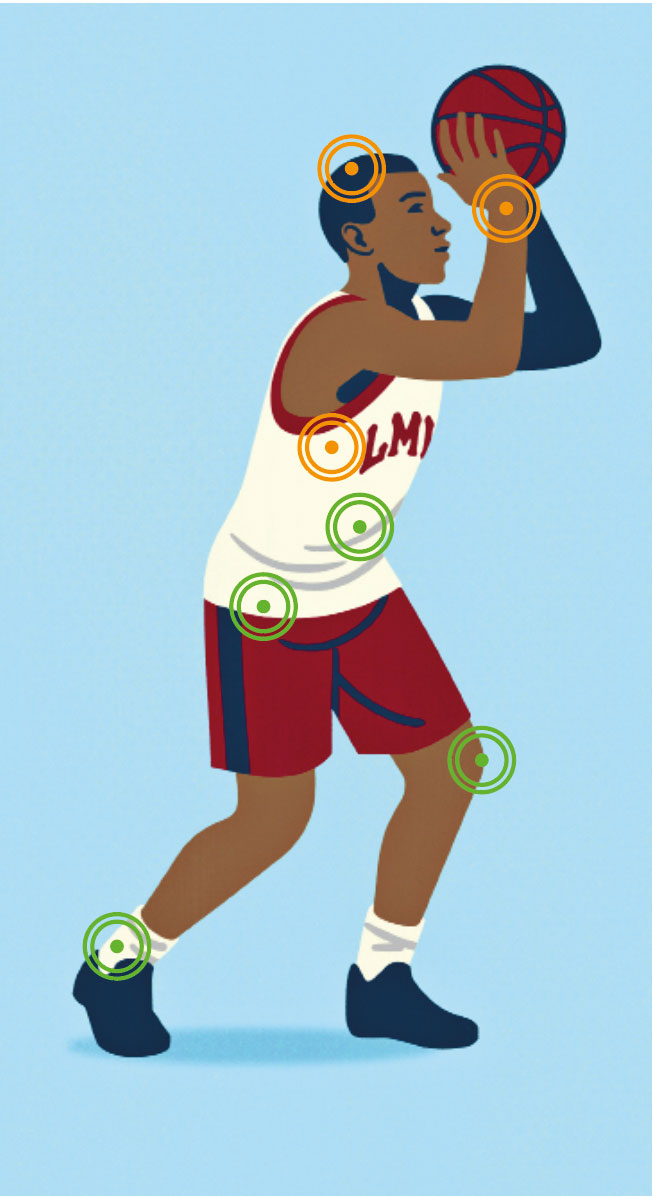 DIXON: In basketball, understanding parameters is key: The court is 93 feet long, so acceleration and change of direction are important because an athlete rarely gets to top speed on such a short court. I want them to be as strong, pound for pound, as possible. But I don’t want them to be so bulky that it slows them down. If interior players have a little more body fat, I’m not worried because they’re going to bang a lot and play hard. But they still need to get up and down the floor. Perimeter players are generally leaner, so issues like body fat are important. On game day, meals and nutrition are important. During warmup, we separate the team into three groups: a ball-handling group, a shooting group and a mild fast-release group. Then the players rotate those activities. Our goal is to get the players physiologically, neurologically, mentally and sports-specifically warmed up and ready to compete.

ELLISON: My focus now is on strengthening the lumbar-pelvic-hip and core regions, as well as balancing training. Basketball injuries tend to occur in the knee, with patella tendinopathy being the most common. If I have a player experiencing knee pain, I focus my attention on the hip and ankle, instead of only treating the knee symptoms. Since the knee is located between the two joints, the injury can be a result of a lack of movement or a lack of strength in the hip or ankle or both. The most common injuries that require surgery are ACL and meniscal tears. 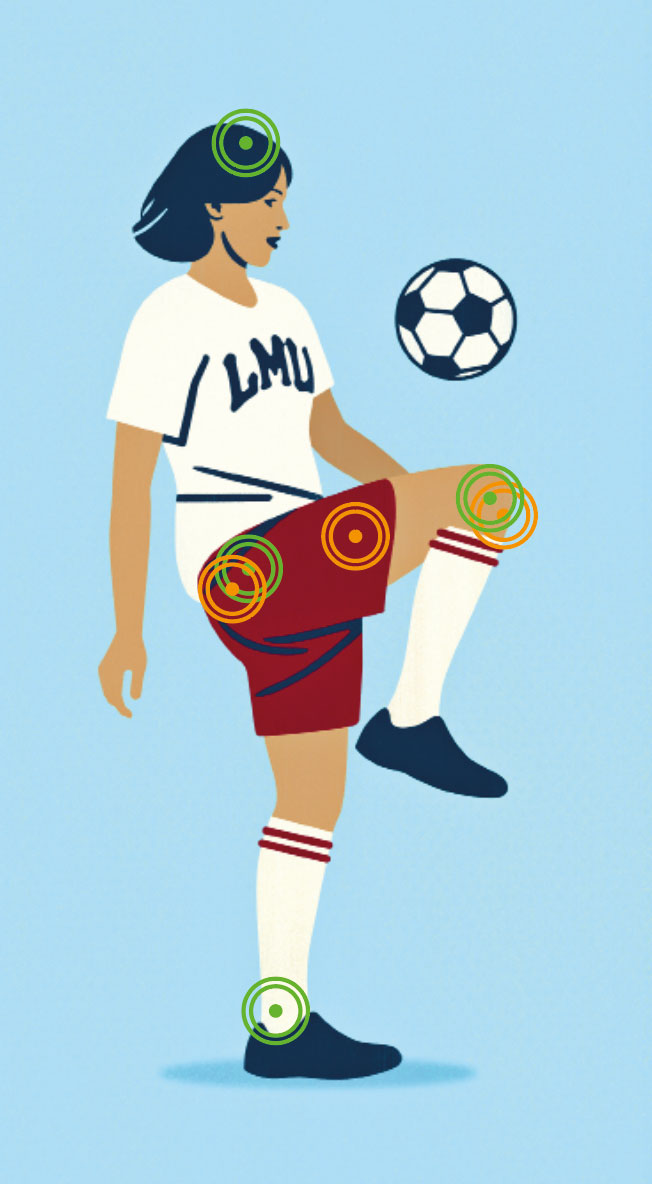 DIXON: Soccer is unique in that the sport that requires sprinting, jogging, running and walking as well as changes in direction. So, there is anaerobic and aerobic conditioning involved. Conditioning is a combination of sprinting for speed development as well as aerobic conditioning to build the base, and speed and agility training. There is a serious commitment to fitness, because fitness in soccer can be the difference between having a successful outing or not. A soccer player may cover 7–8 miles in a game. Beyond fitness, players should be concerned with total body strengthening. The ability to protect the ball and manage the other physical aspects of the sport require more than just strong legs. But strong legs lead to greater knee stability and hip stability, which can help avoid soft tissue injuries affecting hamstrings and groins.

ELLISON: We are mainly concerned with lower extremities: hips, knees and ankle injuries and also contusions. In the past several years, concussions have become more prevalent, especially in women’s soccer. The most common injuries are knee, ankle and soft tissue injuries, such as muscle contusions and strains. The common surgery is anterior cruciate ligment (ACL) reconstruction. 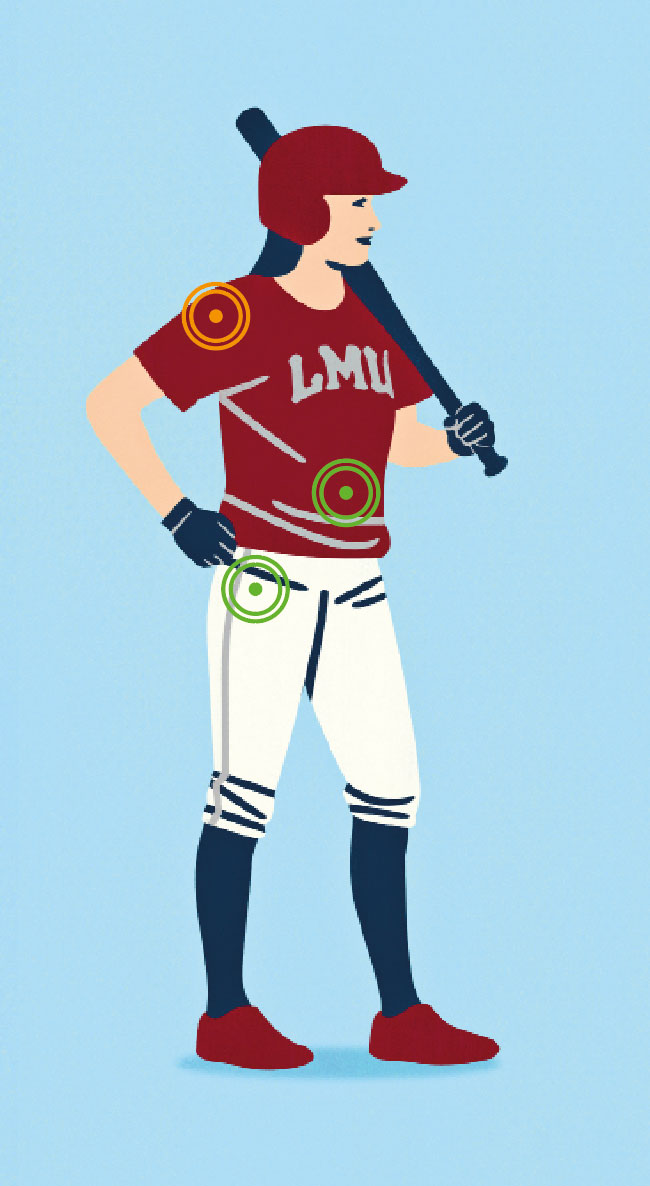 ELLISON: We put a lot of focus on strengthening the lumbar-pelvic-hip and core regions. As for injuries, with pitchers we see more back and hip issues because of the pitching motion. With position players, I would say that we see rotator cuff tendinitis and low back injuries. We don’t have a lot of surgeries in softball, but we do get our fair share of chronic injuries that may be caused by athletes playing year-round.

DIXON: My concerns with softball players are much like those for baseball players. Softball is a throwing sport, so we look closely at shoulder stability and arm care: Trapezius, scapular and rotator cuff stability are important. We want the little muscles in the rotator cuff to be strong in order to control the shoulder. With softball, we work on mental toughness, and we make the point that there is more in the tank than a player may think. We study percentages and relative intensities [of physical activity]. I want to get that athlete as comfortable as possible with what 100 percent feels like. I don’t want them to feel overwhelmed by that 100 percent. 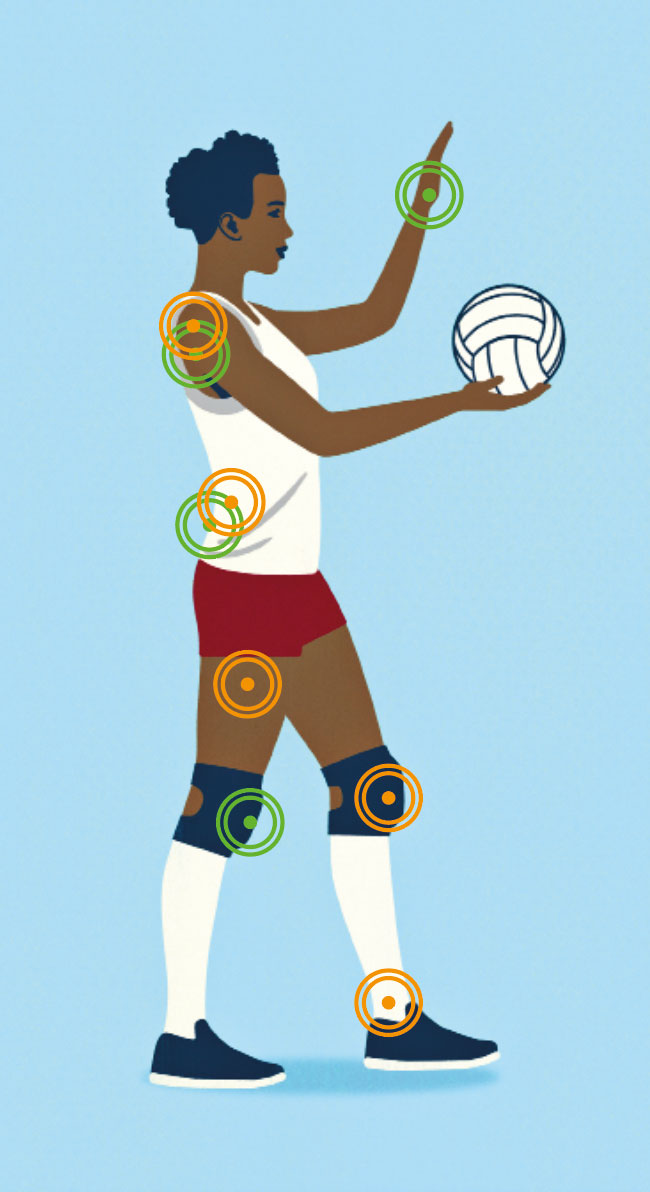 DIXON: Volleyball is very much a jumping sport, so we do a lot of work on knees and ankles to create better balance and better posture — better body mechanics. Quad strengthening with female athletes in volleyball is important because the female athlete is hip- and glute-dominant. So, we want to teach the quad muscle to fire the way it should. Arm care is important, especially for outside hitters because they take a lot of big, full-on arm swings. It’s important to develop the back side of the shoulder to create stability. In terms of performance, what separates an elite volleyball player from a good one is the ability to reproduce accuracy over time, to perform well repeatedly even when tired.